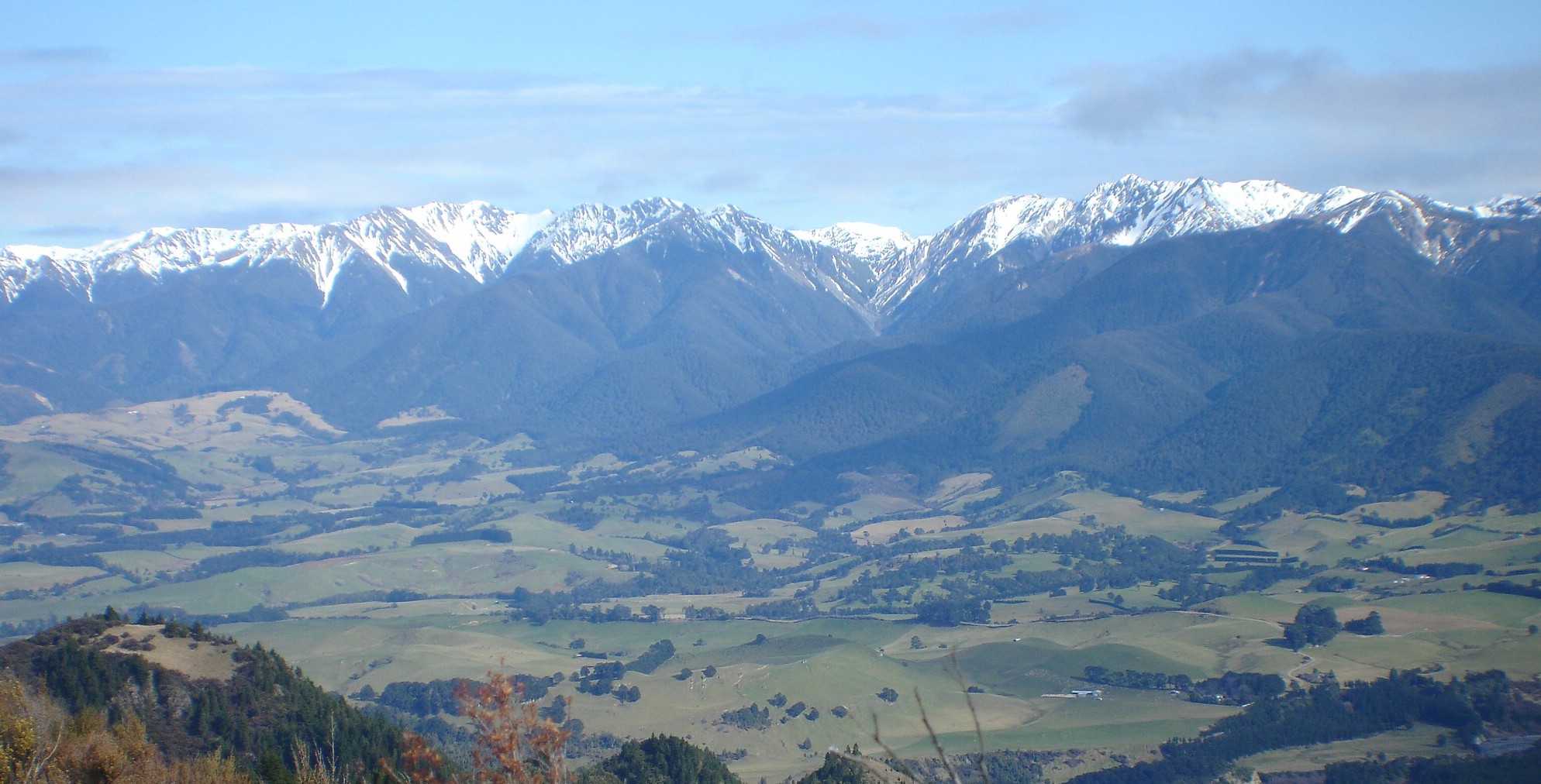 Clear skies and a heavy frost greeted 20 trampers at the (Yeoman’s Mill site) Makaroro River car park at 9.30 am. We all crossed the swift flowing, ice-melt Makaroro to access the Makaroro road. This area is the entrance to many walks, such as Yeoman’s Track and Park Peaks Track. Vic, Thelma and John spent the day in this area, while the remaining 17 continued for an hour on forestry roads (Wakarara and Leatherwood Roads) to the base of the Wakarara Range.

A clearly marked DOC signpost had us leave Leatherwood Road to begin our ascent to Poutaki Trig. Shortly after joining the track, a large fallen log greeted the group, and the majority used this quicker access to cross the gully, while the remainder took a longer route into the gully. After crossing the gully, the ascent quickly changed to steep, rocky ridges, and an increase of native trees. This once milled and grazed range now had lots of manuka, coprosma, beech and cabbage trees, with outcrops of leatherwood and pines. One rock outcrop had two mature beech trees straddling the ridge, with views of the Ruahines silhouetting their wonderful shapes.

We arrived at Poutaki Trig for lunch, on a beautiful, fine and windless day. From this point, we had amazing views of the Kawekas in the north, the snow-capped Ruahines to our west, and surrounding coastal hills to the east.

After lunch, most of the group made a 10-minute descent to Poutaki Hut. This four-bunk hut is sheltered on the north-eastern slopes of the Wakararas, in a large grass open area, bordered by a variety of dense native bush.

Returning to the trig site, we had a group photo of the day’s walk. Shortly afterwards, we began our descent back to the Makaroro River. Throughout our descent, spectacular views of the Ruahines remained in front of us.

Towards the end of the forestry roads, a few took a shortcut back to the Makaroro River, via Dutch Creek, while the remainder walked back on the roads to keep feet dry and warm, until we all had to cross the river.

Everyone had returned to the vehicles by 3.30 pm, and as the day cooled in the shadows, we were all ready to return home after a lovely day’s walk.