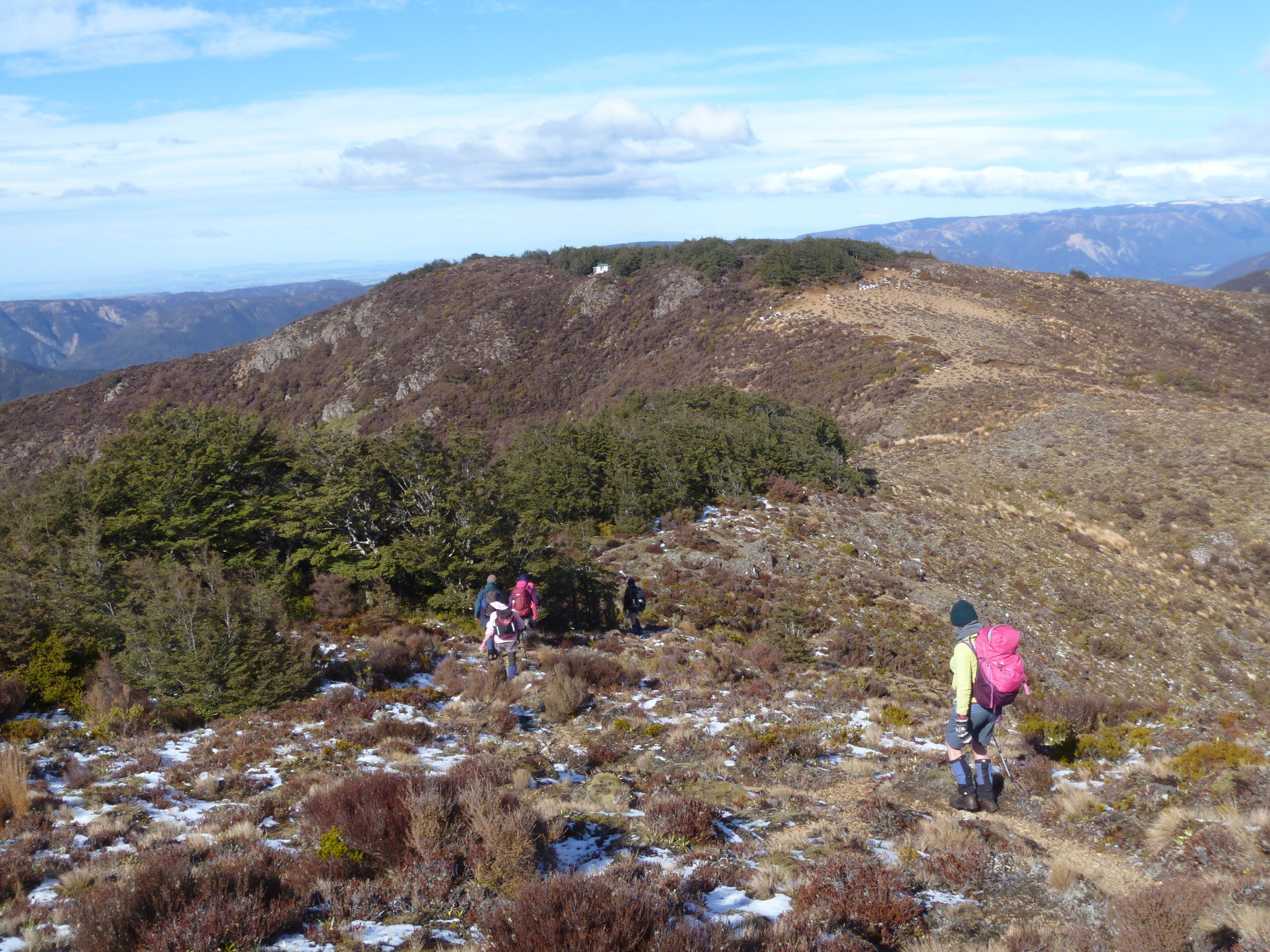 The weather forecast was for showers developing into rain later in the day, with gale force winds. Setting off from where the van was parked, we crossed a small stream without too much difficulty and headed up the bush track, which was sheltered from the wind. We went through tall straight stands of beech to reach the scrub. Before heading out onto the open tops, we stopped to put more gear on.

Up on the main ridge, we had good views of Ruapehu with clouds billowing around it and much closer, the Sparrowhawk Range and Otupae Range topped with snow.

Further up, you could see that someone had done some track clearing. Three members of our group decided that they would not go to the Hogget and went to the hunters’ hut for lunch instead. 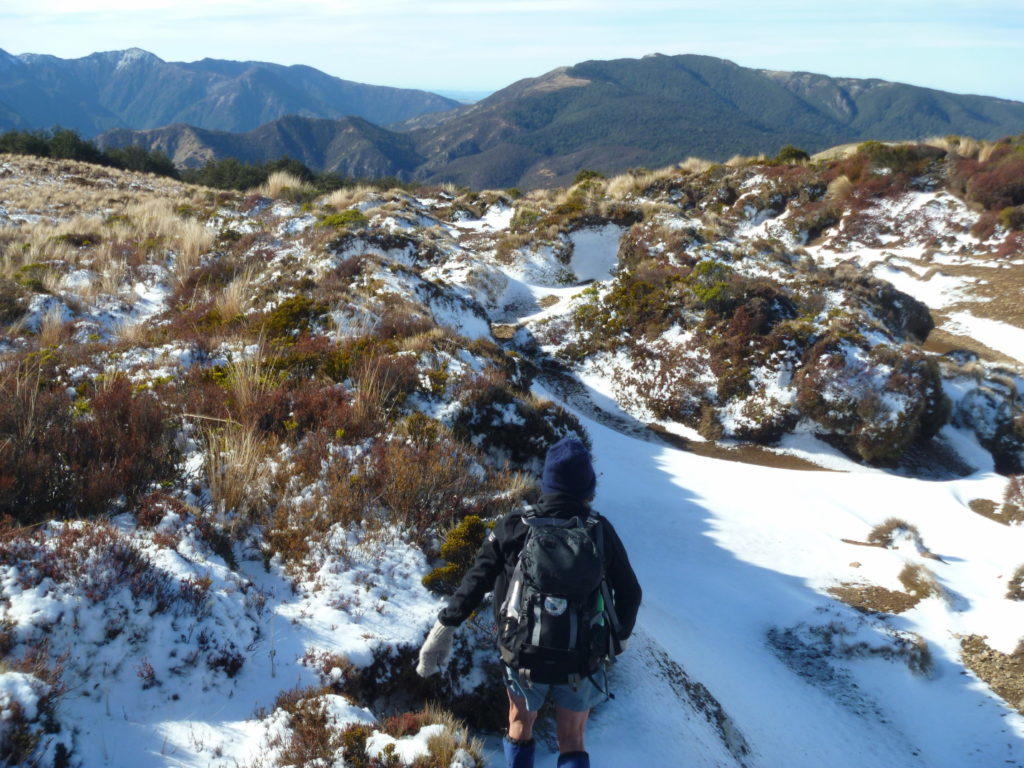 Plenty of snow around…

Heading back, we could see dark clouds rolling in from the west. We returned via the hunters’ hut, collected the other three and had a quick look at the hut as well as an old bivvy behind it. We had a quick, steepish descent through scrub, then turned down off the main ridge. Down the track, in the bush, a robin checked us out.

We were back at the van not long after 2pm. While getting changed, there were a few spots of rain. We headed back to Napier after a day with great views of the open tops.