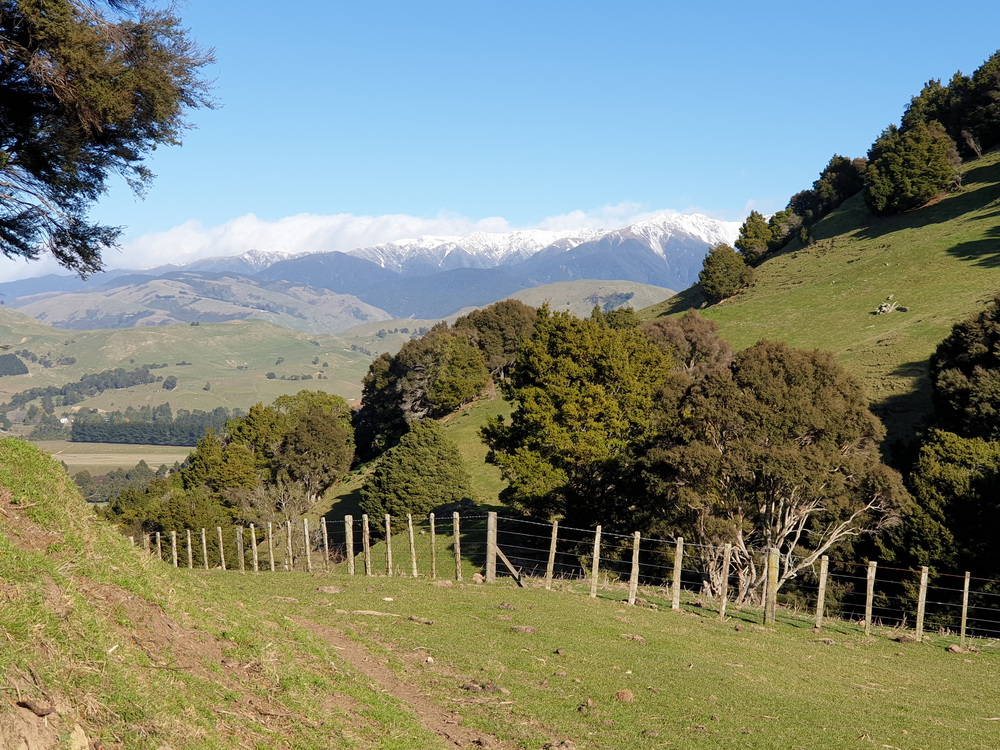 It has been many years since the club visited Smedley, so we were very pleased to receive permission to tramp in this historic, 5500-hectare station. Smedley has been a cadet training farm since 1931 and is located at the end of Smedley Road, off SH50. The station was originally owned by Josiah Howard and was bequeathed to the King upon Howard’s death in 1919, to be used for the agricultural training of young Kiwi farmers. 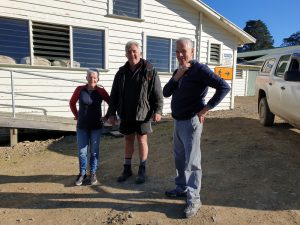 Alison, Tom the training manager, and John B outside the woolshed

It is administered by the Public Trust on behalf of the Crown, as a permanent endowment for agricultural education. The first training course ran in 1931, and since then more than 600 young farmers have graduated.

Smedley Station operates as a commercial farm, running sheep, cattle and deer, and course work includes traditional stockmanship, technology and business studies. Cadets attend free of charge and competition for the two-year programme is fierce, with 80 to 100 applicants vying for 11 places each year.

The station is a mixture of flats and beautiful rolling hill country, wrapping itself around the southern end of the Wakarara Range, down to the Makaroro River, and to the base of the Ruahine Range.

The map of our tramp (figure of eight)

We arrived at the woolshed to be met by Tom, the training manager, on a beautiful sunny morning. A fresh, cold, southerly wind was blowing and overnight snow covered the Ruahines. Tom took us into the woolshed for a welcome and info on the station then, armed with maps and radio, we set off past the station buildings and yards, where cadets were breaking in horses, and onto the main station road.

It was when we stopped for morning tea that we realised Tony and Gordon weren’t with us. We decided to carry on and were surprised to see them a bit later, coming up a different track. They had obviously gone through the single gate instead of the double. We directed them back along the track we had just been on, and left them to find their own way, continuing on to the high point on our map.

After a false start, a lot of map-reading and checking of phones (deciding which gate to pass through), we finally set off, round and up to a trig point. I was pretty sure we weren’t on the stated route on our map, but we were rewarded for our uphill efforts by an amazing view of the whole snow-covered Ruahine Range.

More map-reading and phone-plotting ensured our accurate way down through one of many beautiful QE11-protected native bush blocks on the station, over a stream and back onto the main station road. With the wind dying away and the temperature rising, many had taken advantage of our sunny lunch spot to discard layers of clothing.

The second half of our figure-8 tramp was much easier to follow. We walked through flat, grassy paddocks dotted with beautiful totara trees, arriving back at the woolshed round 2pm – only to discover that Tony and Gordon were missing once again. Fortunately, Tom arrived in his ute and went out to take a look. He arrived back about 10 minutes later with the lads; turns out they had a little adventure of their own! 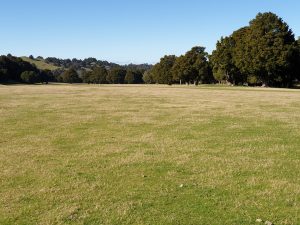 Well-maintained pastures dotted with totara, beautiful areas of native bush and rolling hill country make Smedley an attractive property, and a delight to visit. Many thanks to farm manager Rob Evans and Tom for allowing us to experience a piece of Hawke’s Bay history.

Aranga Hut On Saturday 14 January the tramp was changed to a loop in the Northern Ruahine Range. … END_OF_DOCUMENT_TOKEN_TO_BE_REPLACED

Aranga Hut On Saturday 14 January the tramp was changed to a loop in the Northern Ruahine Range. … END_OF_DOCUMENT_TOKEN_TO_BE_REPLACED