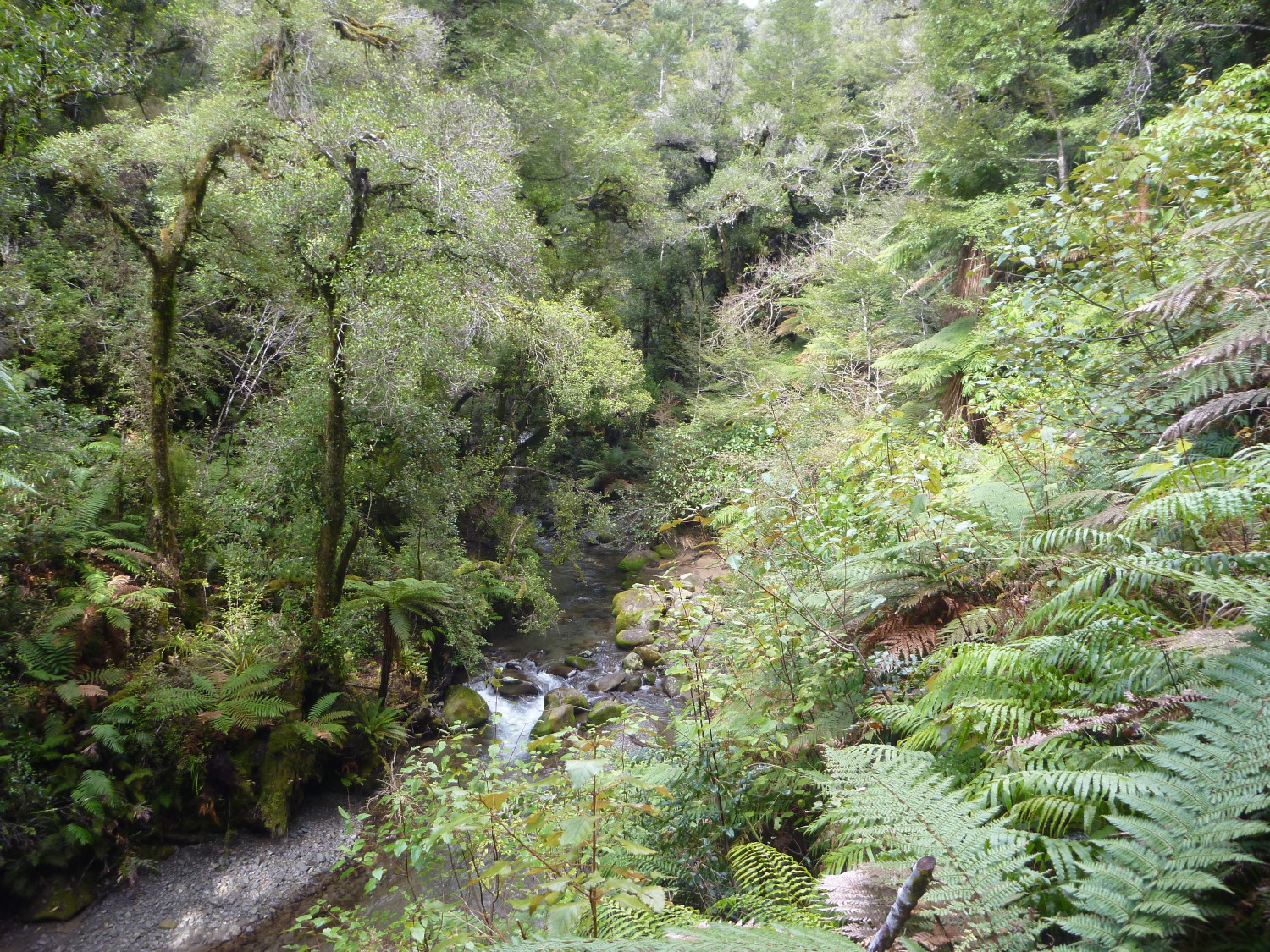 Les and I thought we would help out with moving transport, and therefore start our weekend tramp from Plateau road-end. However, the day trampers decided that starting from Pukahunui road-end was a hill too much at the end of the day, and started from Plateau road-end. No problem, as Ted and Paul drove both vehicles around to Pukahunui.

So, we started and joined the day trampers. The track seemed in very good order, and we were soon going down to Whirinaki Stream. Here Les and I decided that it was too early to get our feet wet, and so traversed on a very slippery log. The track had a lot of blue bait on it, and we wondered how this had been scattered. By air or by hand? 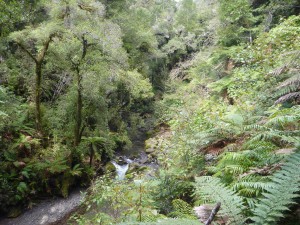 We caught up with the day trippers having their lunch in a spot in the sun, and joined them. We were all enjoying the lush forest and the occasional stream crossing. It was not long before we had to start negotiating around tree falls. These tended to be on the sidle tracks above the river, and difficult as well as time-consuming. The track up to the junction to the Upper Te Hoe track seems to go and on… At one point, we overshot the track which makes a sharp uphill climb. I’ve come unstuck here before, and realised that we needed to climb, so off-track went straight up. The day trampers backtracked and found the marker to go uphill. Just before the track junction, we had another quick break together, before saying goodbye to the day party.

Les and I left the junction at 2.50pm, and had another two hours to go according to the track sign. But, with the end in sight, we high-tailed it and made it in 1.5 hrs. On arriving at Upper Te Hoe Hut, with the other weekenders happily enjoying their happy hour, I declared that I was ****. A shot of plum wine soon revived me, and then it was time to wash and eat. Les and I were in our beds by 7.00pm, and fast asleep to the sound of moreporks. 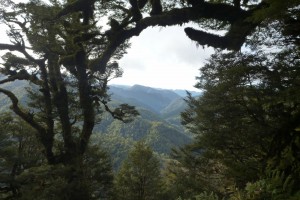 The next morning’s bird calls were fantastic. The day was clear and bright, and we faced the quick climb back up to the ridge top, and then the sidle around numerous tops. Occasionally you could get a view out over the tops, and when you arrive at the helipad saddle, you have a view in east and westerly directions. It is always a good place for a stop to take in the views.

From the heli saddle, it is downhill most of the way. In places, the track is getting choked by fern, but nothing that is unmanageable. The four-hour trip (DoC time) took Les and I 3.5 hours. We changed and had a brew-up, whilst waiting for the others. The weather had stayed dry, and we had all enjoyed the Whirinaki Forest Park.