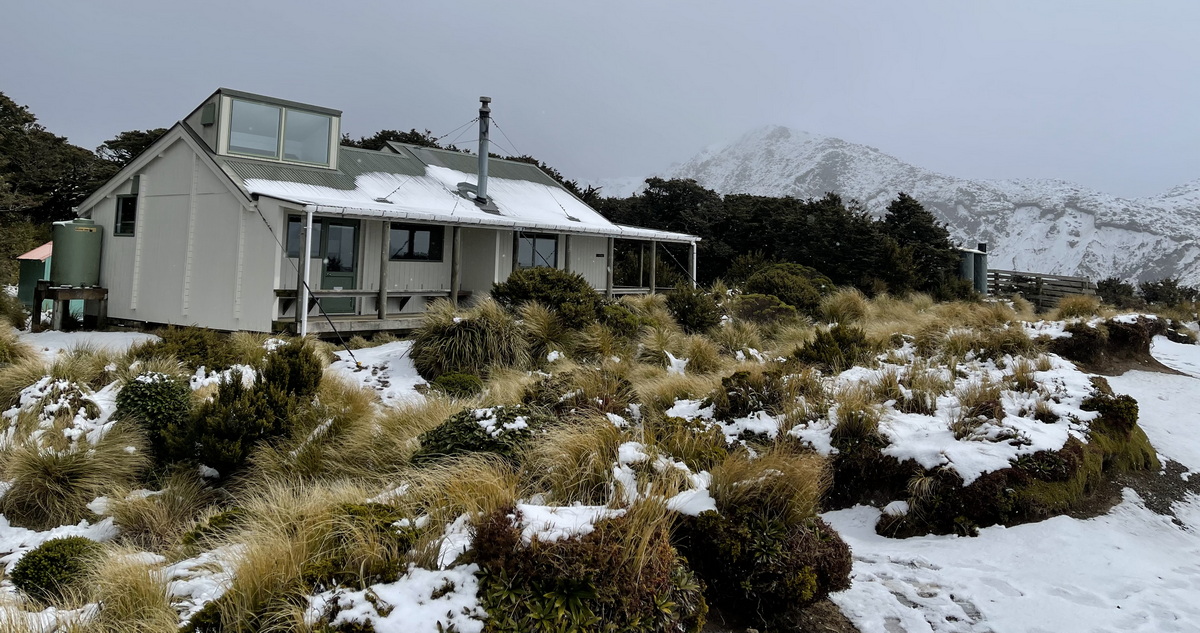 After few days of miserable weather, the day looked very promising, with clear blue skies in Napier. This being only the second trip since lockdown meant a large turnout of 19 trampers, raring to go on the relatively easy Sunrise Track. 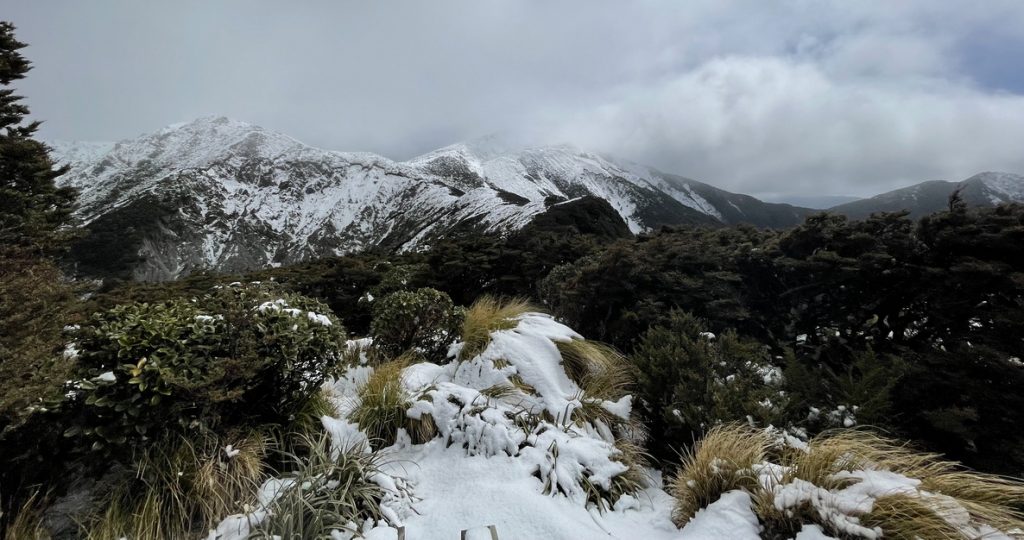 The views towards Armstrong Saddle

Excitement mounted on the way to our starting point as we saw some good snow on the ranges. Alas, when we arrived at the car park, the wind was strong and it was cold – conditions that could scupper plans for a walk beyond Sunrise to Top Maropea Hut.

Never mind, there was plenty of good banter on the way up and, luckily, some nice views.

We left Ted, Kelvin and Gordon to do their own thing, and the remaining 16 arrived at the hut at varying times. Rosemary and Sue G got there first and kindly started the fire, which was much appreciated.

As earlier feared, there was no chance of doing any safe walking beyond the hut, with Sue G measuring wind speed at 95kmh with a wind chill of 0 degrees. It was also snowing lightly. 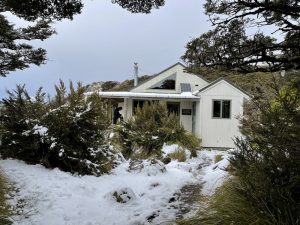 Another view of Sunrise Hut

After a leisurely early lunch, we had an easy trip down, colder than the way up but with generally only light moisture. John D took a ‘detour’ on the way – venturing along the Swamp track – not a wrong turn, just ‘exploring’.

On the way home, we stopped at the Tikokino pub, as is traditional, with nice coffee and cheese scones and various other beverages – a relaxing change from the fairly miserable conditions on the tops. Lynette found herself sitting amongst the ‘four Johns’ and is now known as Johnette.

Overall, a good day. It’s always nice to get out with the club.

Sparrowhawk bivvy, Ruahine Forest Park, Saturday 6 August 2022 Banner Photo: The view east, towards the Wakararas and beyond On a beautiful … END_OF_DOCUMENT_TOKEN_TO_BE_REPLACED

Prologue: The author was on the Whirinaki tramp, reported on this website under the headline 'We observe a mock turtle and the rodent of Upper Te … END_OF_DOCUMENT_TOKEN_TO_BE_REPLACED

Ruahine User Group A meeting was held on Monday 25 July, in the NZDA rooms in Dannevirke.  Julia … END_OF_DOCUMENT_TOKEN_TO_BE_REPLACED

Ruahine User Group A meeting was held on Monday 25 July, in the NZDA rooms in Dannevirke.  Julia … END_OF_DOCUMENT_TOKEN_TO_BE_REPLACED

Ruahine User Group A meeting was held on Monday 25 July, in the NZDA rooms in Dannevirke.  Julia … END_OF_DOCUMENT_TOKEN_TO_BE_REPLACED

Ruahine User Group A meeting was held on Monday 25 July, in the NZDA rooms in Dannevirke.  Julia … END_OF_DOCUMENT_TOKEN_TO_BE_REPLACED