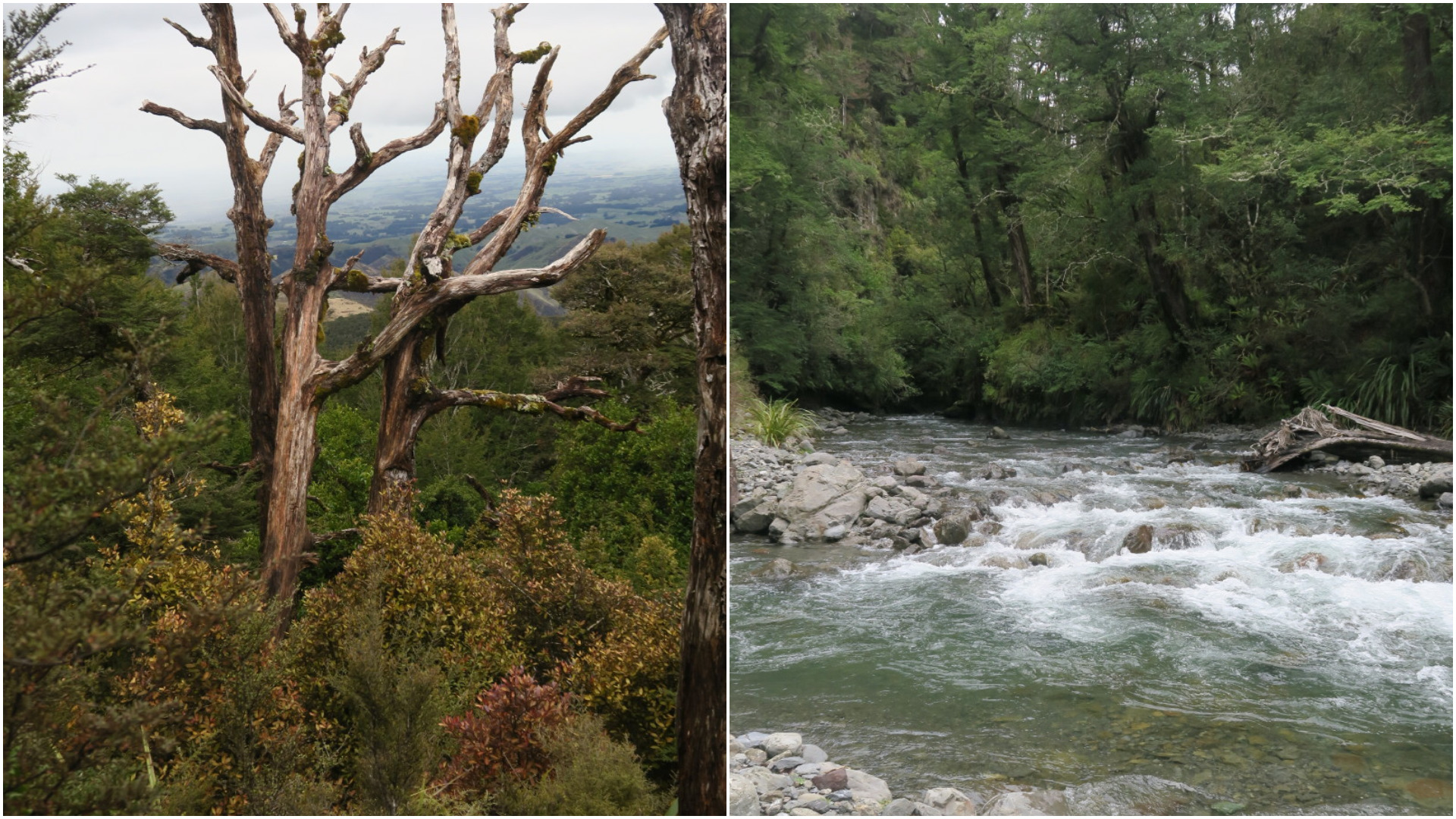 The forecast for the Ruahine Ranges was for a cold, sunny and cloudy morning with light precipitation in the afternoon. As soon as the four of us parked the car at the Daphne car park on Kashmir Road, light sleet fell so we had to make a quick decision: Coats on or off? We put them on, but it wasn’t long before they were back in our packs.

We walked along the scrubby, boggy farmland track following the poles, then crossed the fast-flowing Moorcock Stream, playing cat-and-mouse with the overnighters who were heading to Howletts Hut. 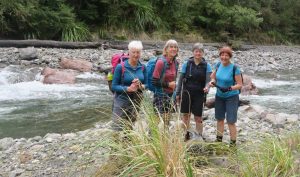 It does not take long to feel the effects of a continuous climb, but the warm sun bearing down on our backs made it a little more pleasurable. As it was the week for DoC’s kereru count, we were pleased to see one fly above our heads, with its distinctive wing noise. The bush was stunning and pleasing bird-call could be heard most of the way. There wasn’t much talking as we climbed the 500m-plus hill, but lots of regrouping to drink and to catch our breath.

Di (and Matt from the overnighting party) found a sunny, sheltered spot for everyone to take packs off, drink and eat with the ridge just a few minutes to go. After walking along the ridge, we faced a steep descent. The first half was dry, and the deep tree-root steps were a little easier to handle. However, as we got nearer to the river, it became muddier and more slippery in parts. Thank goodness for strategically placed trees that we could grab as we clambered down. 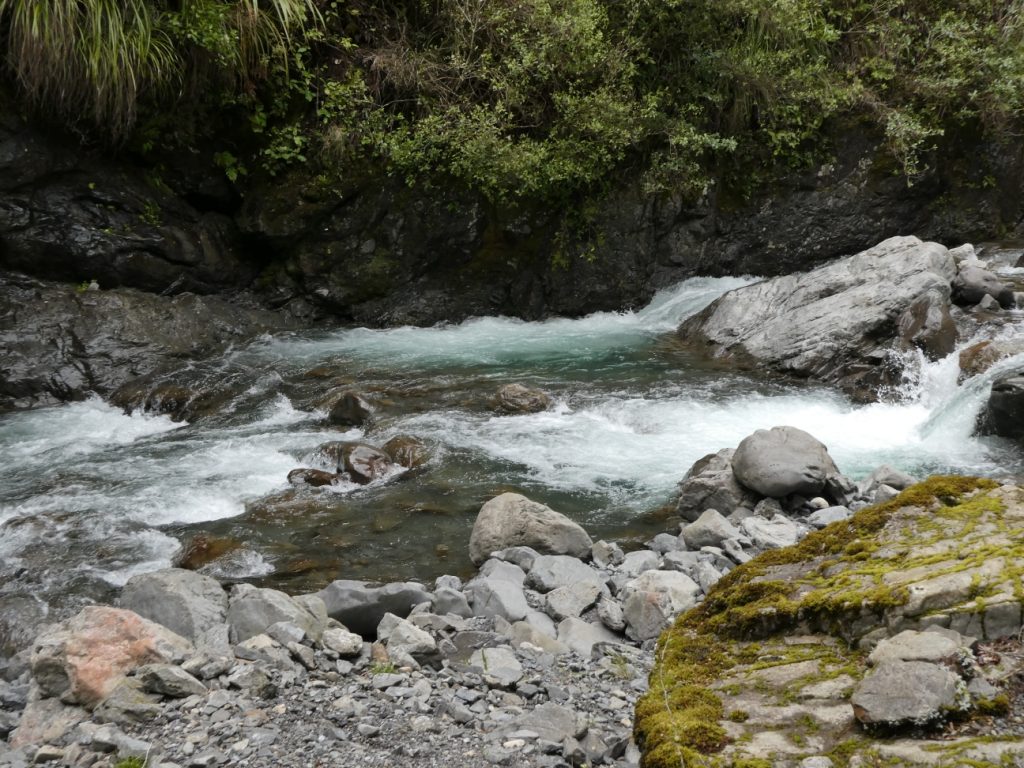 The Tukituki slightly higher than normal

The sound of the Tukituki got louder and louder and we knew why, once we reached the shingle bed. There was a huge, deep rapid which stretched almost across the entire width of the river. And that wasn’t the only one. Looking up-river to the bend, there were several more. Usually when we walk this river to the hut, it is low and easy to walk, but not today. We watched with anticipation as the linked overnighters crossed the knee-high, fast-flowing river. Then they disappeared around the bend on their way to Howletts.

Because we had a new member in our group, it was decided to stay here, eat lunch and not attempt the river section. I was the only one in the group that had been to Daphne Hut, so it was a little disappointing. However, I promised we would put it on the summer tramp list for 2021.

Just as we were leaving the riverside to clamber back up the steep hill, it started to drizzle. Again, coats went on but it wasn’t long before we threw them off again. We regrouped often and drank lots because it was quite humid. Another two kereru were spotted. 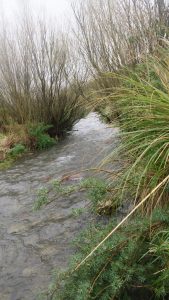 The sun gradually disappeared, and the heavens opened as we reached the track signs on the ridge. It was on with the coats again and they stayed on because, as we made our way back to the farmland, the drizzle turned into heavy rain. The weather forecast was accurate. This time, the Moorcock Stream was higher and flowing a lot faster. And as we walked through the scrub, it became clear that it had been raining for some time down on the flats; the bushes were like wet sponges as we brushed past them.

Once back in the car after a quick change into dry clothes, we looked over our tramp course. As we drove away, the views soon became clouds and mist. We were more than pleased to be in the car and not in the bush. We munched on photo-contest prize chocolate then diverted to Ongaonga for the best-value scooped ice cream in the Bay. We were spoiled.

Aranga Hut On Saturday 14 January the tramp was changed to a loop in the Northern Ruahine Range. … END_OF_DOCUMENT_TOKEN_TO_BE_REPLACED

Aranga Hut On Saturday 14 January the tramp was changed to a loop in the Northern Ruahine Range. … END_OF_DOCUMENT_TOKEN_TO_BE_REPLACED