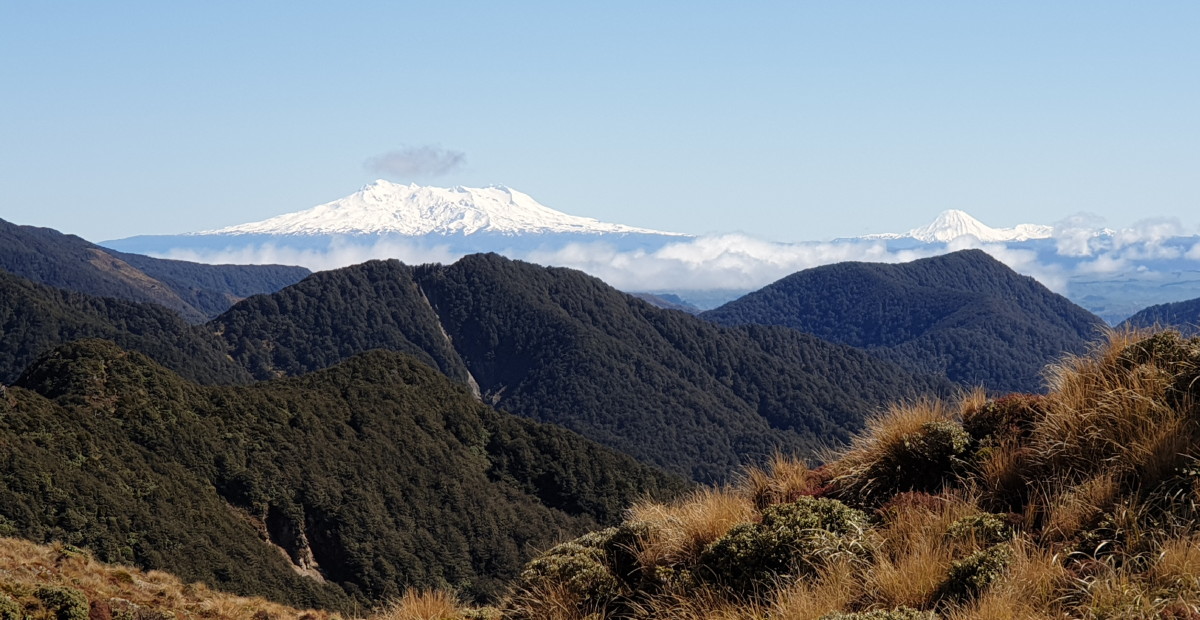 Eight arrived at the Park Island meeting point early on a calm morning and there was a quick briefing before we set off. The suggestion was that instead of going to Waikamaka Hut, we went to Top Maropea Hut. The reason was that it was such a still, sunny day and an ideal chance to go over the Armstrong Saddle. Agreed!

We started walking around 8.30. Typically, the different speeds of walkers uphill separated the group as we zig-zagged a very wide track. We stopped at Sunrise Hut for morning tea. There were already a couple of other people in the hut. 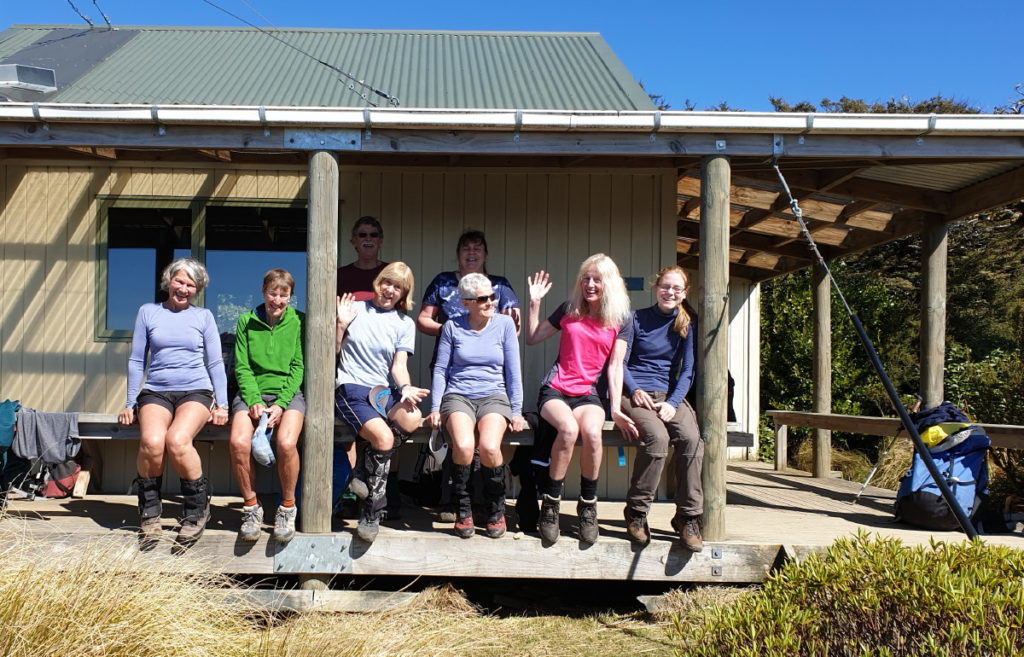 The group got going again and walked over Armstrong Saddle, with hardly a breath of wind, which was memorable and allowed for easy photos in all directions. We got up to the tops and most stopped to take in the views of Ruapehu, covered with a real blanket of snow. It was easy to see the the landmarks from our position, which still had patches of snow around.

The view across to Te Atuaoparapara (aka 66)

Jenny pierced her hand on something sharp during the descent to Top Maropea Hut. Thanks to everyone who helped with a little first aid.

Lunch was leisurely, looking over the inner Ruahines. Then it was back out, up the steep little climb and along the tops. When we reached the heights, a low cloud was moving in from the east and we had no views after that. Looking down towards the rocks and erosion produced a rather eerie feel.

It was a quick hop over the Armstrong Saddle and back to Sunrise Hut for a bite to eat, and then down, down to the car. I found it to be a rather foot-pounding exercise, especially on the second half. The cloud cleared as we got down further, and we met many people on their way up to Sunrise to spend the night. 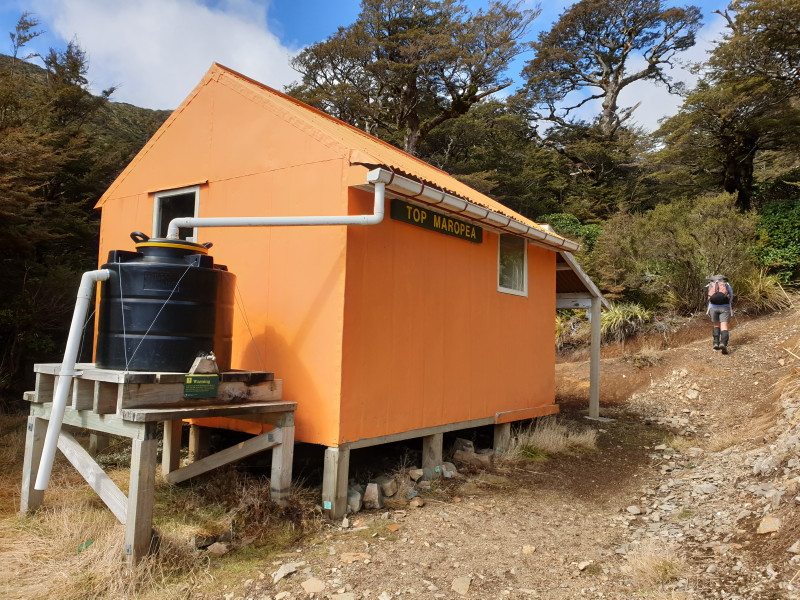 Top Maropea Hut, a heritage hut in the Ruahine Ranges

I’d imagine that the hut was very cramped and warm on Saturday night. When we reached the car park, it was clear that there were a lot of people out and about.

That change of plan was a good choice, thanks to the great weather.