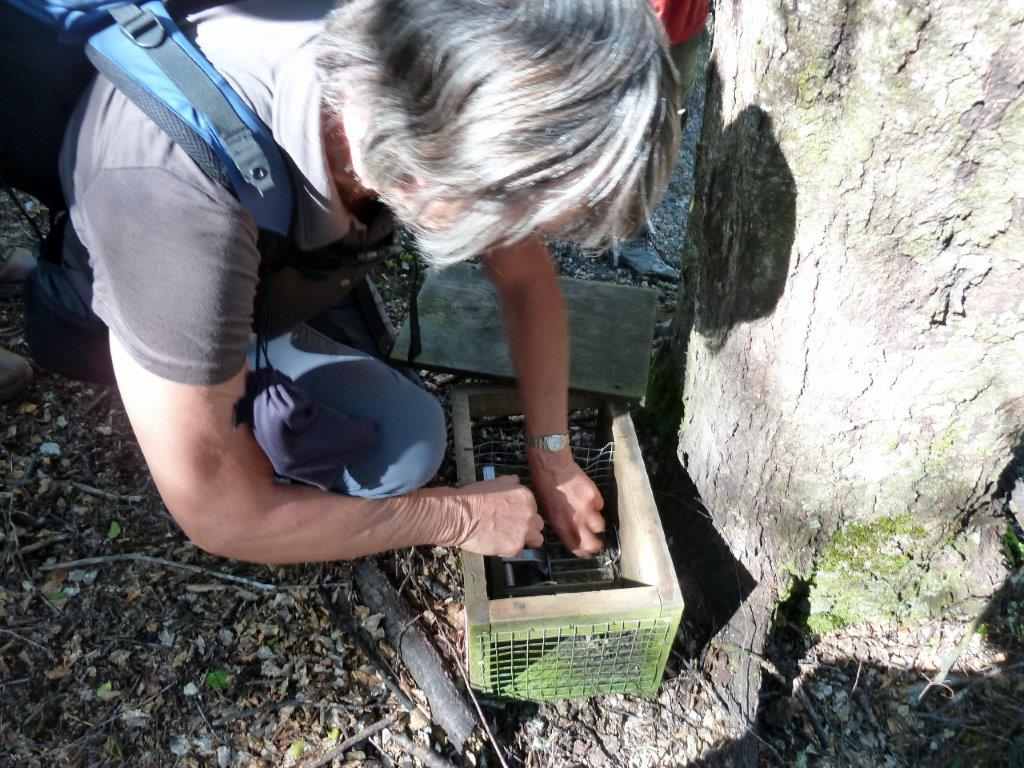 The Middle Hill to Makino Hut track, otherwise known as “the three gorges” can be a bit daunting, but as we have had some easy winter tramps, it was time for something harder.

Starting from the Makino track end and taking the steepest and biggest gorge first, the group of seven made good time arriving at the turn-off at 10.30. It was a beautiful spring day, warm after the snow of couple days previously, which made the descent a bit slippery. Down, then all the way up, regrouping and taking a break, we were all feeling good so pressed on. 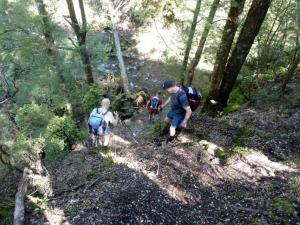 One down, two more to go up

Walking over the flat plateau section in beautiful beech forest was very pleasant. The bush was lush after recent rain, with lots of undergrowth and new seedlings. The track was in good condition but the traps had obviously not been cleared over winter as most had the remains of rats (which became Robyn’s job of clearing).

We heard many bird calls from kaka, tui, bellbird, warbler, and even a robin came to visit. The streams had plenty of clear running water to fill water bottles, and one provided a pretty lunch spot in the sun.

Three and a half hours later, we topped the last gorge to a spectacular view of the Kaweka Range. We took a long break, congratulated ourselves on a great effort, and then headed down the Middle Hill track. With Peter setting a cracking pace, we arrived at the car park at 4pm, tired but very pleased with ourselves. 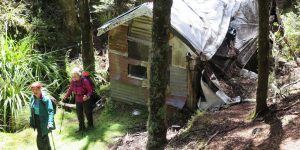