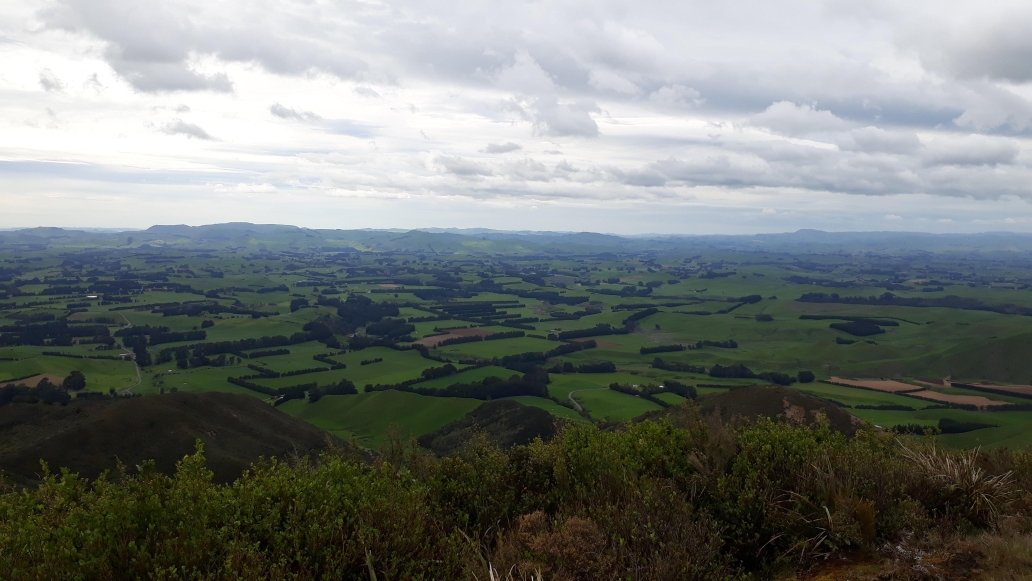 Five of us set off from Park Island to Norsewood, kindly driven by Sue Gribble. We arrived at Ngamoko Road-end at 8.20am and climbed the style into the farm paddock soon after. An easy gradual climb was great and we had beautiful views of clematis flowering along the way. 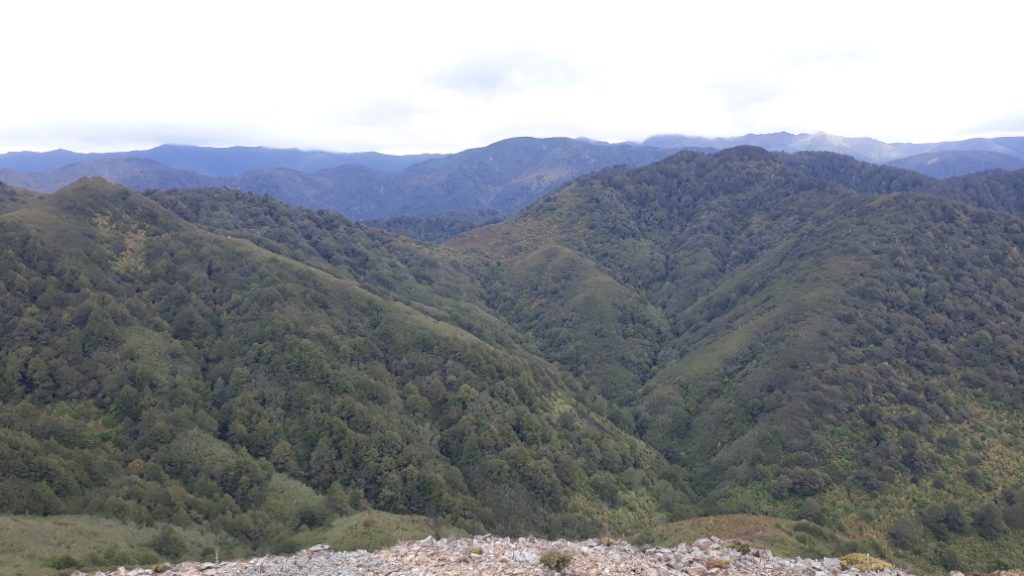 After an hour, we left the track and climbed up to a high point to get views across the Ruahines. The wind was quite strong at times so we took some photos and headed back down to the main track, stopping in a sheltered area for morning tea. The track became a little more tricky as we negotiated gnarly roots and some slippery moss sections.

We had hoped to reach the junction where the track heads towards the drop-off to the Mangatewainui River but, as we had been going for three hours, it was decided to head back. Once we had reached the easier part of the track, we stopped for lunch and sorted out the world’s problems.

We saw two lots of hunters but no sign of deer. While having lunch, a man and his daughter stopped for a chat. They said they were going to try to walk to Leon Kinvig Hut just as a day tramp, but they may have not realised how far that was.

The walk out was all downhill so we arrived back at the car just after 2pm and headed to the Norsewood Cafe for refreshments. What a great tramp and lots of laughs with a fun bunch of trampers. Thank you very much to Geoff for organising the day.