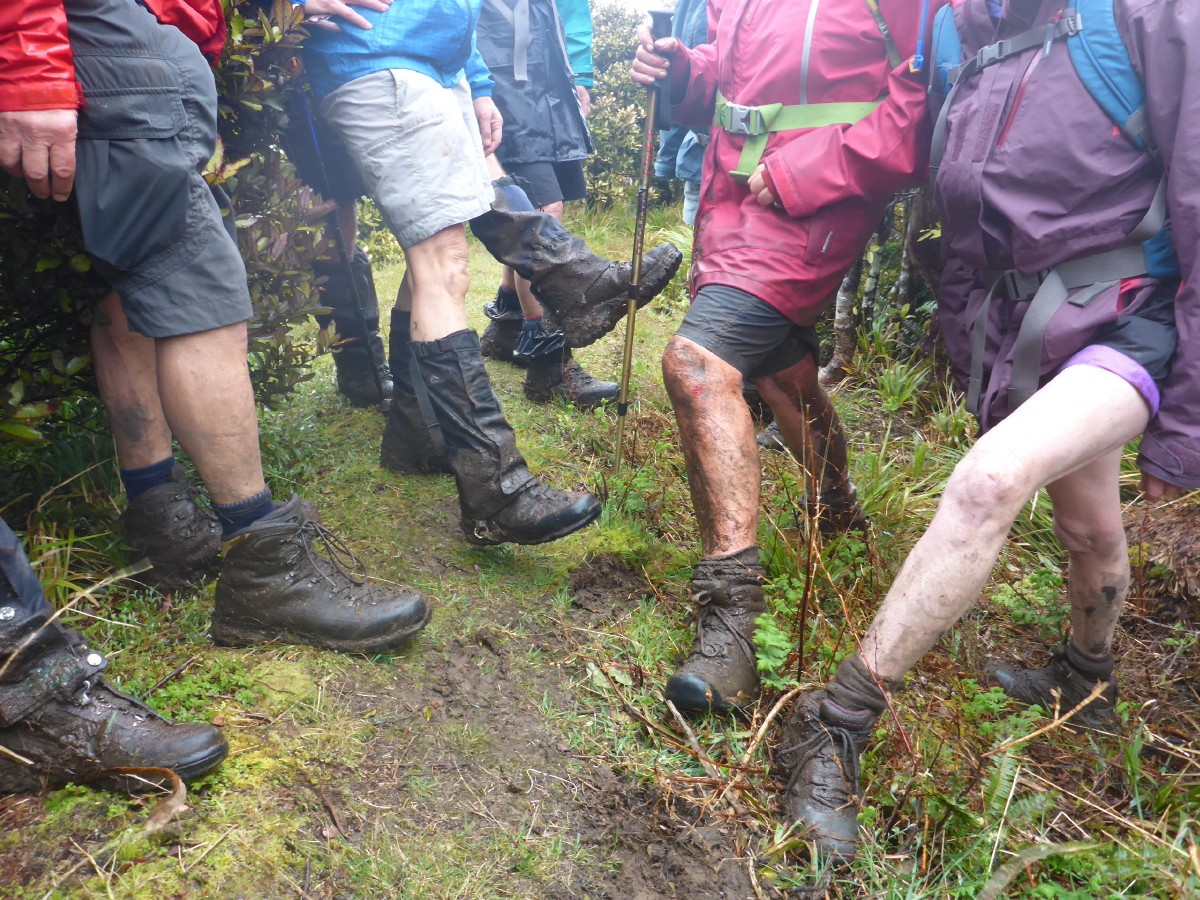 Traversing the Ruahines has always been on my list, so given the chance I took it up. Thanks to Kelvin, Vic and Ted for moving the vehicle from Opawe Road to Kumeti Road so that we didn’t have to do a return journey. The three managed to squeeze in a tramp along the Manawatu Gorge Track and the odd latte or two. 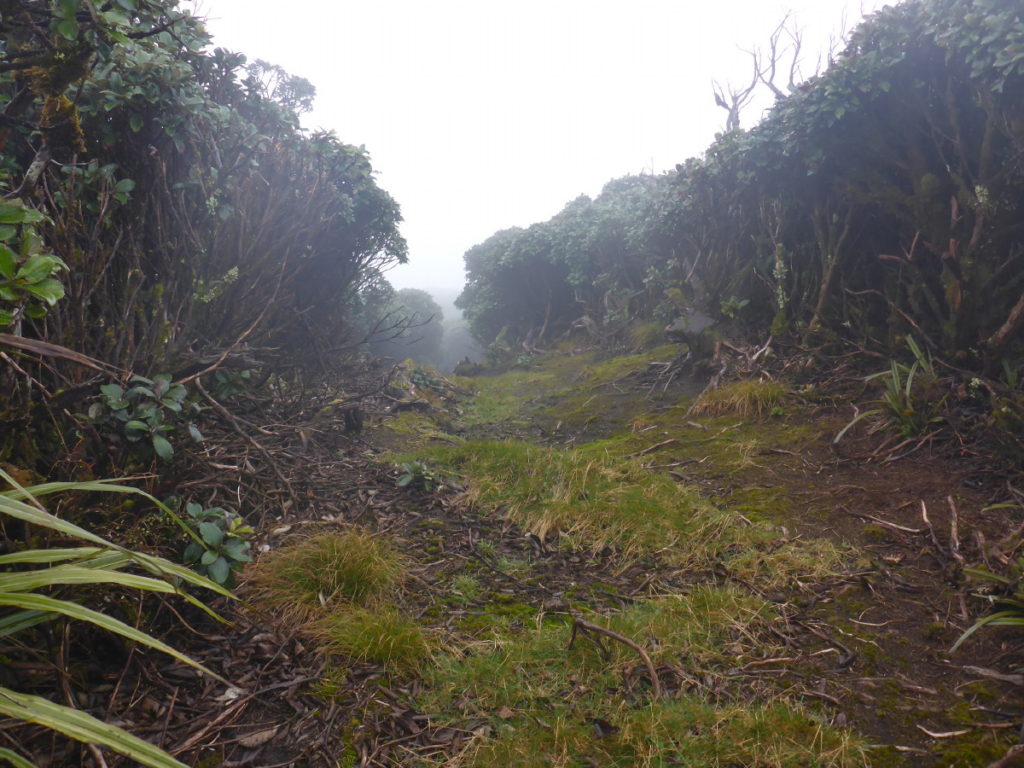 Nine of us crossed over the Ruahines. The track initially goes through farmland which was a tad boggy before entering the bush. It is well marked. It’s a steep climb and sometimes a clamber, up to the top. I’m glad we didn’t come down that way. The wind howled around us but the leatherwood gave us 100% protection. The path was very clear, with steep leatherwood sides. 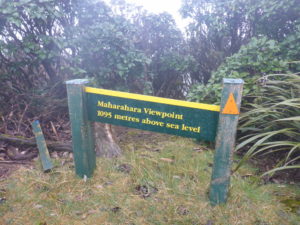 The high point on the crossing

Once we reached the sign to the turn-off for the Kiritaki Hut, we started following deeply embedded horse hoof prints. Our guess was that a hunter had taken a horse to the hut whilst pig-hunting. It made a big mess on some places on the track.

The track was muddy in places and by the time we got down to the river, we needed a wash. We followed the river downstream, about 800 metres to a large DoC sign that indicated a path to the car park.

We stopped at The Black Stump for replenishment on the way home.