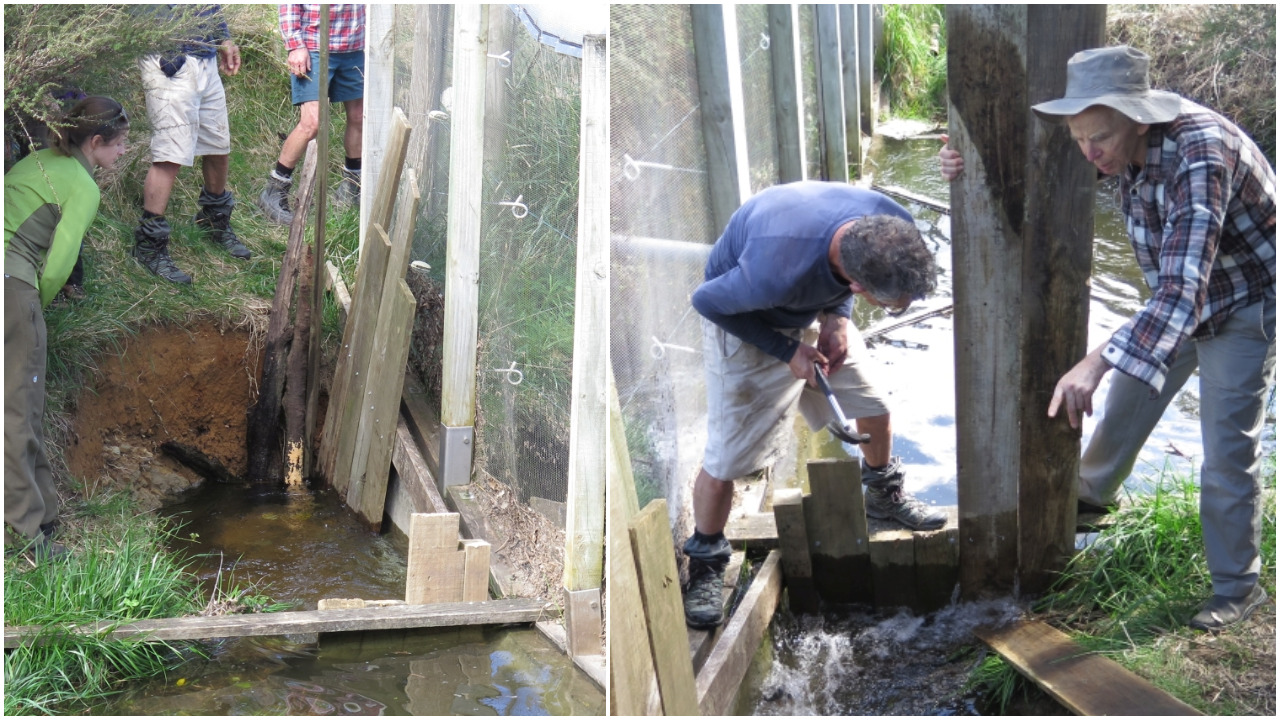 A group of club members went to Lake Opouahi to help Sue Taylor, a volunteer from ECOED, tidy up around the lake. We started off by removing dead blackberry from adjacent to the shelter and putting dead branches across a muddy section of the track.

We walked along the inside of a portion of the predator-proof fence, pulling out seedlings, cutting creeper attached to fence, grubbing out some plants, cutting and swabbing others with herbicide. Sue gave us a talk on the differences between ferrets and stoats and size of a kiwi’s egg in relation to its body weight. 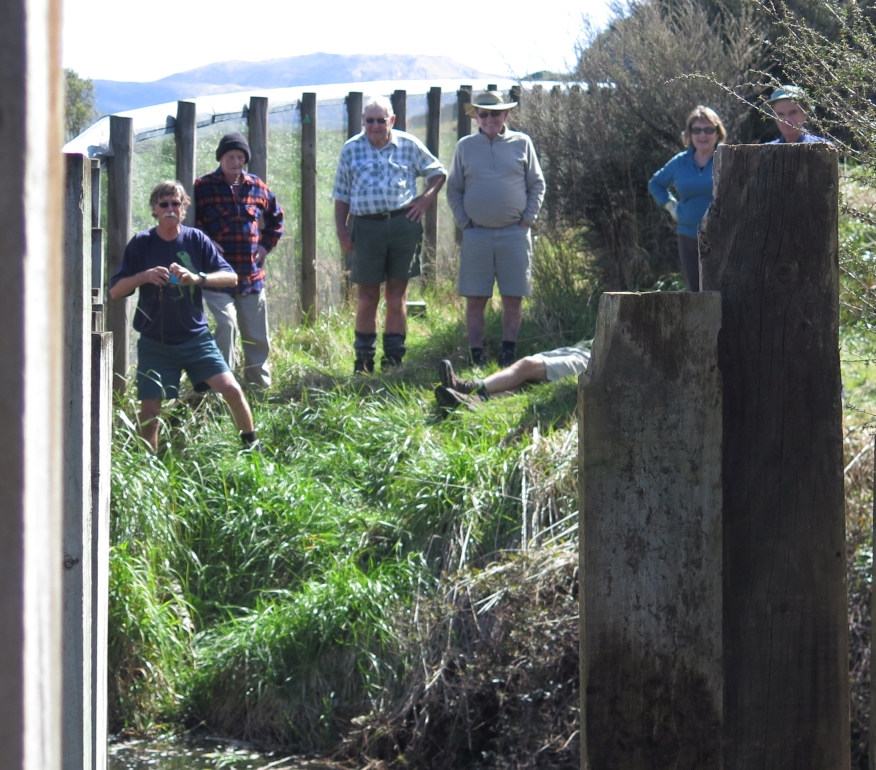 After lunch, we cleared around the outlet from the lake. Water was observed to be flowing around the end of the outlet structure. We spent some time trying to do a temporary repair on the hole using planks, mesh and rocks. Most of the work was done by Bruce Hodgson (something to do with civil engineering) and Sue Taylor. After that, we headed home.

Thanks to those who provided transport.

Aranga Hut On Saturday 14 January the tramp was changed to a loop in the Northern Ruahine Range. … END_OF_DOCUMENT_TOKEN_TO_BE_REPLACED

Aranga Hut On Saturday 14 January the tramp was changed to a loop in the Northern Ruahine Range. … END_OF_DOCUMENT_TOKEN_TO_BE_REPLACED