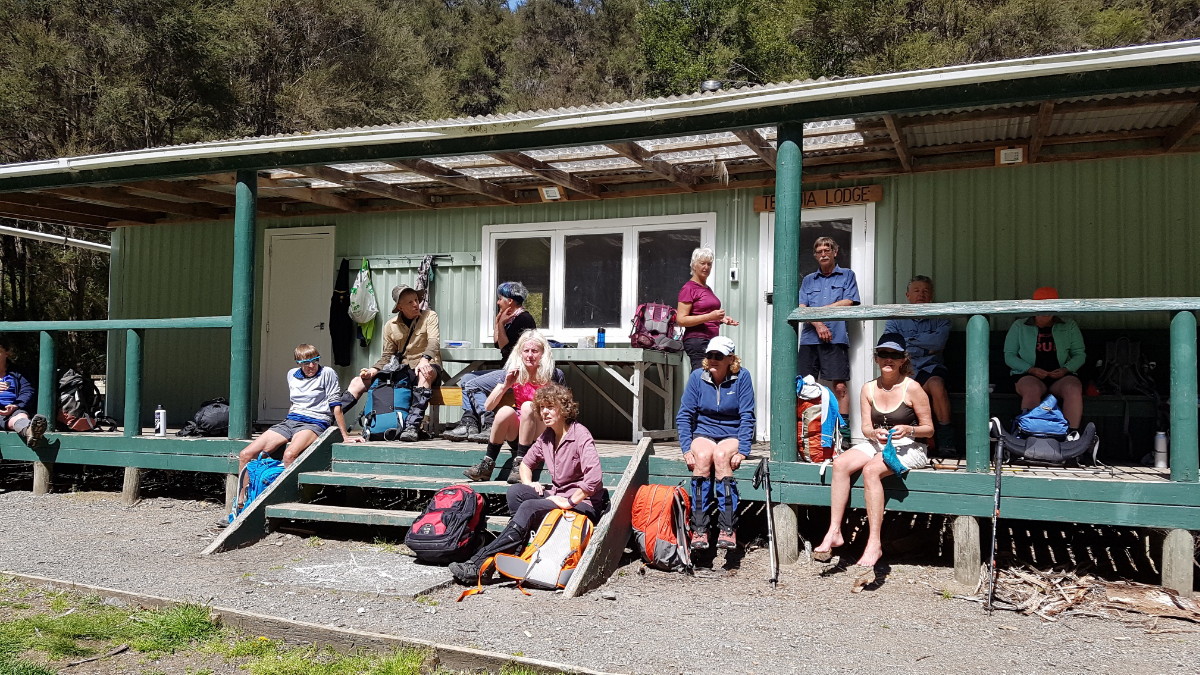 Seventeen hardy souls keen to do the traditional anniversary tramp up to Kaweka J (highest point in the range) met at Park Island on Saturday morning and spent 10 minutes wondering if they were going to get anywhere. Juliet, the organiser, had an alarm malfunction and woke at 6.35am so did extremely well to make it to the car park by 6.55am with the van. She promised no speeding tickets, so all was good there.

Then, however, there was the slight problem of the wind. The forecast was for high winds and there was already quite a breeze at Park Island. The consensus of opinion was that going to the car park for Makahu Saddle would limit the options for an alternative tramp.

So we headed off round the foot of the Kawekas to the Te Puia Springs area. Simon and Juliet, as drivers of the vehicles, dropped 14 passengers off at the Makino Spur car park, then drove down to the Gums car park to take the lower river route to Te Puia Lodge where arrangements had been made to meet the others for lunch. Cherie had also decided to take the river route, taking the opportunity of a repeat tramp to gauge her progress since her first outing with the club on the same route at the beginning of the year. To her delight, she did find that fitness had definitely improved! 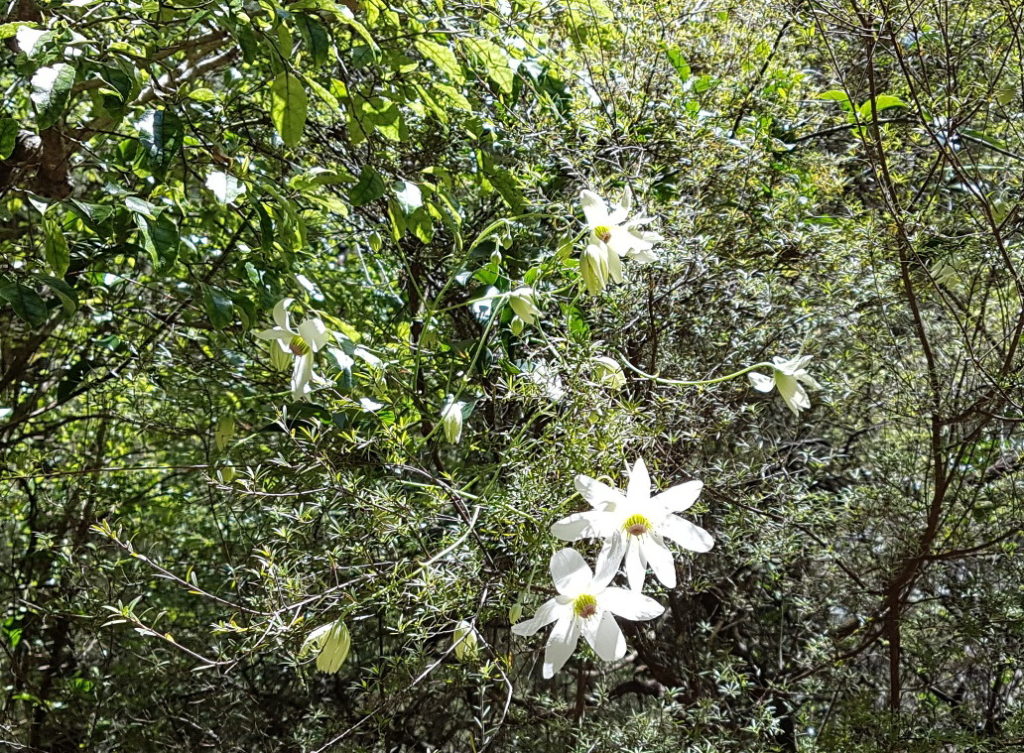 So it was a quieter trip for the lower route members who reached the lodge shortly after 11am with a few encounters with groups vacating from the night before. Those at the lodge were enjoying the long lunch break, the sight of blue ducks and the peace and quiet of lazing around in the sunshine talking to the warden, so they didn’t even bother going up to the pools.

The remaining 14 eventually made their way down from the tops at various times. It turned out that, true to forecast, the wind had been quite strong so it was a good decision to not try Kaweka J. Those who hadn’t done that route before enjoyed the challenge of the clay-pans and scoria and still seemed to have smiles on their faces after making their way down the steep hillside.

After an extremely long lunch (let’s enjoy the sunshine was the thought), eventually the group made their way back to the vehicles. It was a most enjoyable day – if not the challenge that had been anticipated, but Kaweka J will just have to wait for another day.