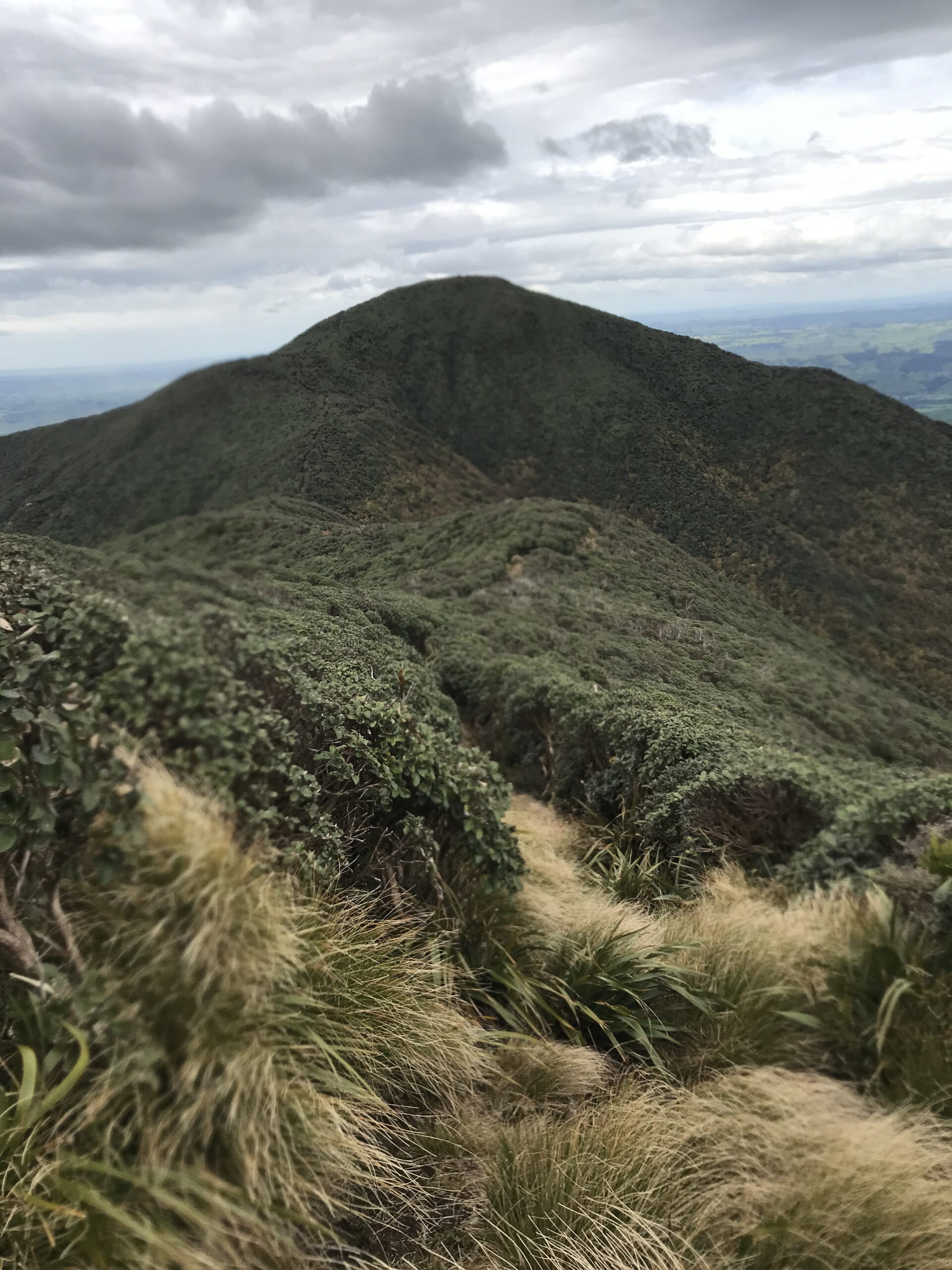 There were various forecasts for the southern Ruahines, from bucketing down rain in the morning, or mid-afternoon, or that night. We chose the night rain forecast, and left Park Island at 7am on the dot.

Tramp organiser Alison had a major headache working out a plan to get us all walking the whole track. In the end, with two vehicles and two teams, it worked well. 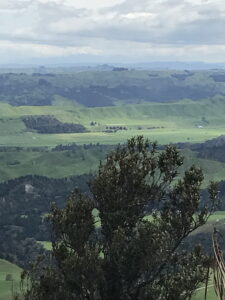 The farmland on the western side of the range

Our drivers swapped over just out of Dannevirke, ensuring they would have their own cars to drive back home. Jo, Julian, Sue, Di and I travelled on around past Ashhurst to the west side of the ranges to start the track. Alison drove in from the eastern side with Brian, Kate and Gaye, with a planned key swap somewhere on the tops.

Our team set off over farmland around 9.45 and then up into the bush. And up and up to about 1000m in a couple of hours, with magnificent views to the west and a snowy Mt Ruapehu.  Rock-climbing and mud-sliding were included, which has its dangers – as Di discovered when she didn’t see a hole and ended up cast in a puddle!

The leatherwood corridor track along the tops was overgrown since the last time the club came through. A dead sheep and the remains of a possum added their aroma to the atmosphere. The wind was fairly ferocious, as expected, and it got quite chilly. The key swap was successful when we crossed paths with Alison’s team around 12.40 and we stopped for lunch some 20 minutes later in a semi-sheltered spot. 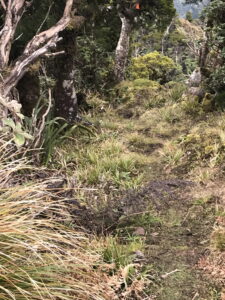 The leatherwood corridor across the tops

Fortunately the wet weather held off for the entire tramp, as the downward track was fairly steep and shingly in places. We didn’t hear much birdsong until we got a lot lower down the ridge and closer to the river.

Wet feet were mostly unavoidable for the last half hour crossing back and forth, although Julian in his leather boots managed to keep his feet dry. We finally found the road off the river bank and got to Jo’s truck around 3.15.

Aranga Hut On Saturday 14 January the tramp was changed to a loop in the Northern Ruahine Range. … END_OF_DOCUMENT_TOKEN_TO_BE_REPLACED

Aranga Hut On Saturday 14 January the tramp was changed to a loop in the Northern Ruahine Range. … END_OF_DOCUMENT_TOKEN_TO_BE_REPLACED