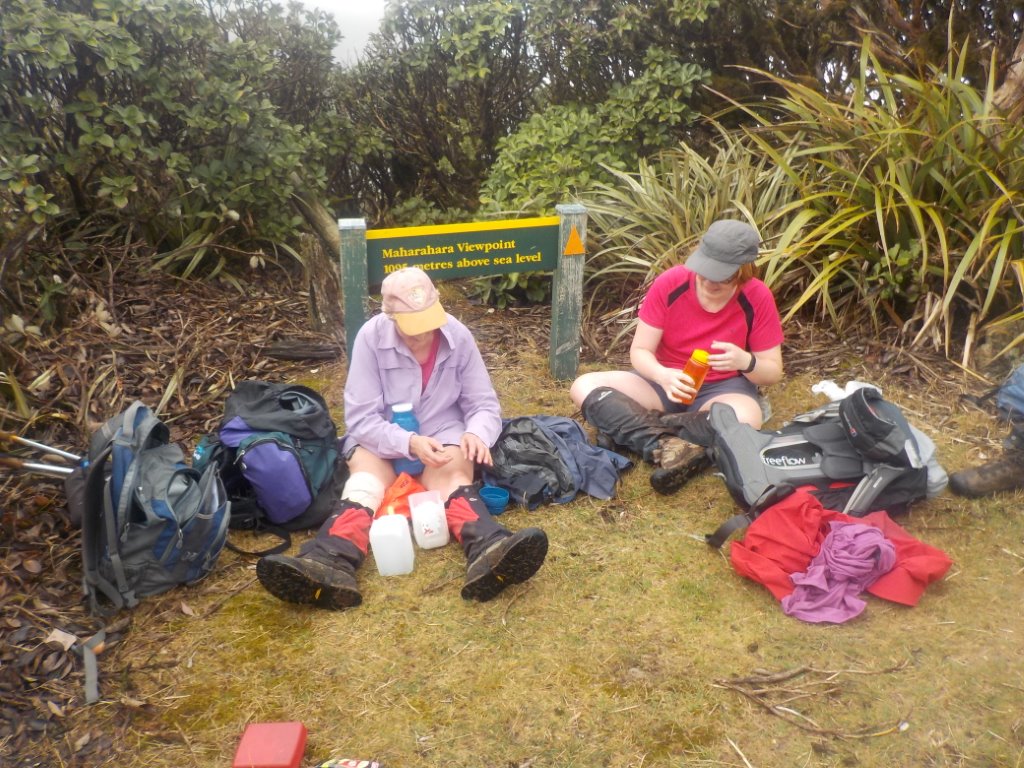 As we headed south towards Dannevirke, the clouds started to gather around the foothills and the usual comments about the town’s dismal climate were expressed. By the time we reached the Manawatu Gorge, options to walk the Gorge track were raised, but the consensus was to carry on to Opawe.

After close encounters with magpies, white ducks and a pigeon, the humans reached their destination intact – but a hare did not, when Alison took the van round for us.
Off over the farmland we went, trying to avoid the mud and up the bush line to where the Opawe hut used to sit. Up we continued, with lungs and legs complaining and only occasional glimpses of the Manawatu, and by the time we reached Maharohara (1069m, said the sign), we were in a little world of our own. 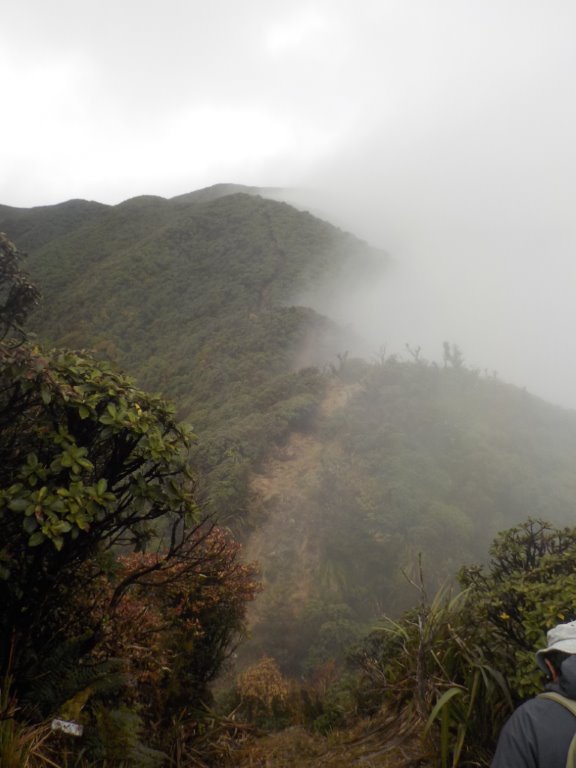 Shame about the views

Any thoughts of downhill for the rest of the way were quickly dispelled by Ted (our pacemaker and experienced guide). The humps and hollows of the track were made even more interesting by the extremely steep downhill stints which had layers of freshly cut foliage that concealed slippery rock faces. So when Alison met up with us, her first comment was about all the muddy backsides. 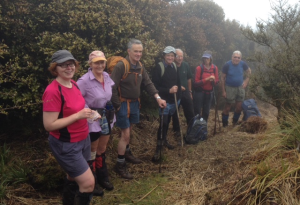 When we did start the descent towards Kumeti Stream, the low cloud persisted even more so there was no view over Dannevirke and the farmland. Down to the river and out to the waiting van ended a day of well-filled lungs.

A year in the life of a GuideOn June 3, Graham Leech gave a presentation at the club meeting … END_OF_DOCUMENT_TOKEN_TO_BE_REPLACED

A year in the life of a GuideOn June 3, Graham Leech gave a presentation at the club meeting … END_OF_DOCUMENT_TOKEN_TO_BE_REPLACED