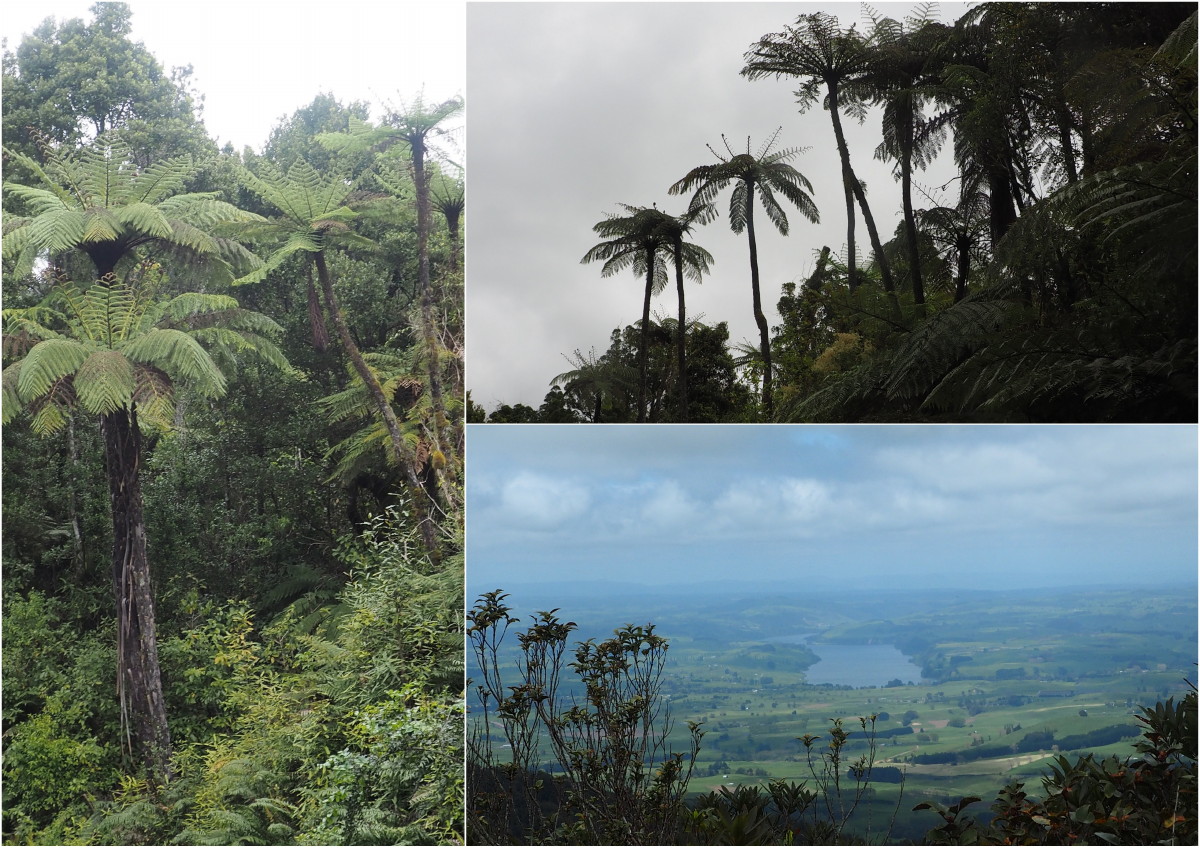 We all met up at the charming Out in the Styx guesthouse, where we stayed in a mixture of accommodation from bunk rooms, ensuite rooms to camper van site. Our hosts, Lance, Mary and their son and daughter-in-law, provided superb home-cooked dinners and breakfasts. Their hospitality certainly lived up to expectations and we had amazing, misty views of the mountain from our rooms. 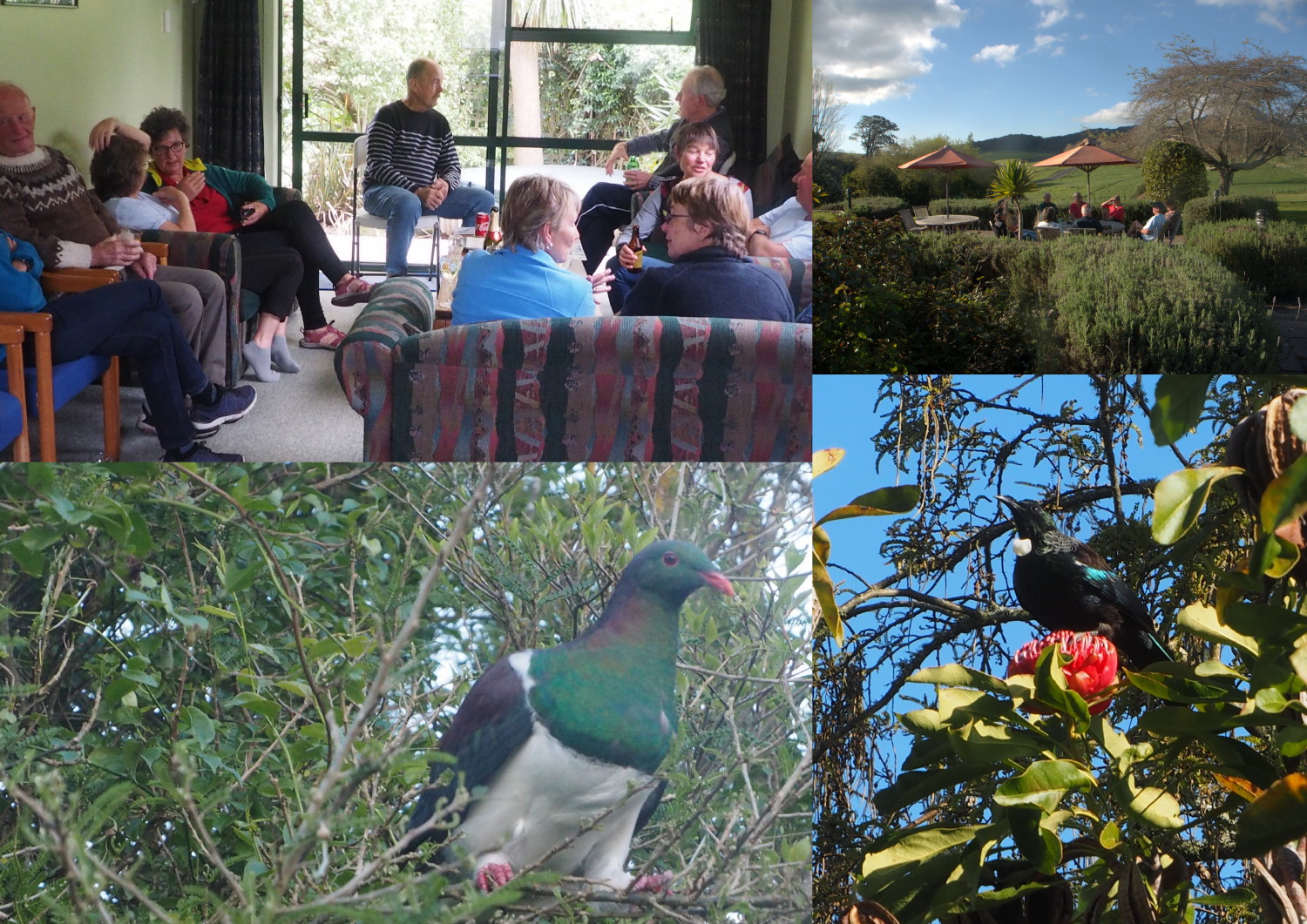 Life around ‘Out in the Styx’ homestead

After Lance shuttled us around to the northern end of the mountain, we walked 500 metres of gentle uphill across farmland then entered the sanctuary through the Mountain Track Entrance gate. We were advised to walk on the Wairere Traverse gravel track because the historic steep one would be extremely muddy. The steady uphill climb for about 1 ½ hours found us at the exit to Maungatautari Peak.

We followed the boardwalk and stairs for 400m and at the end of the stairs we came to the trig. We managed to sneak some cloudy views over the Waikato landscape. Throughout the whole walk, we couldn’t stop admiring the amazing lush bush with its incredibly thick understorey (due to no pests in the forest).

The group continued for about another 3 km until reaching the saddle which joined up with the old track. Along the track, one could see Lake Arapuni and vistas over the Waikato again. This is where we found some sun and had an early lunch. Everyone felt good. Three tomtits also enjoyed our company and continued flitting around our lunch spot, hoping for a few leftover crumbs, I guess. When you stood still, you could hear three or four different bird calls at once. We never saw a lot of bird life, which I think was due to the weather – but we certainly could hear lots. 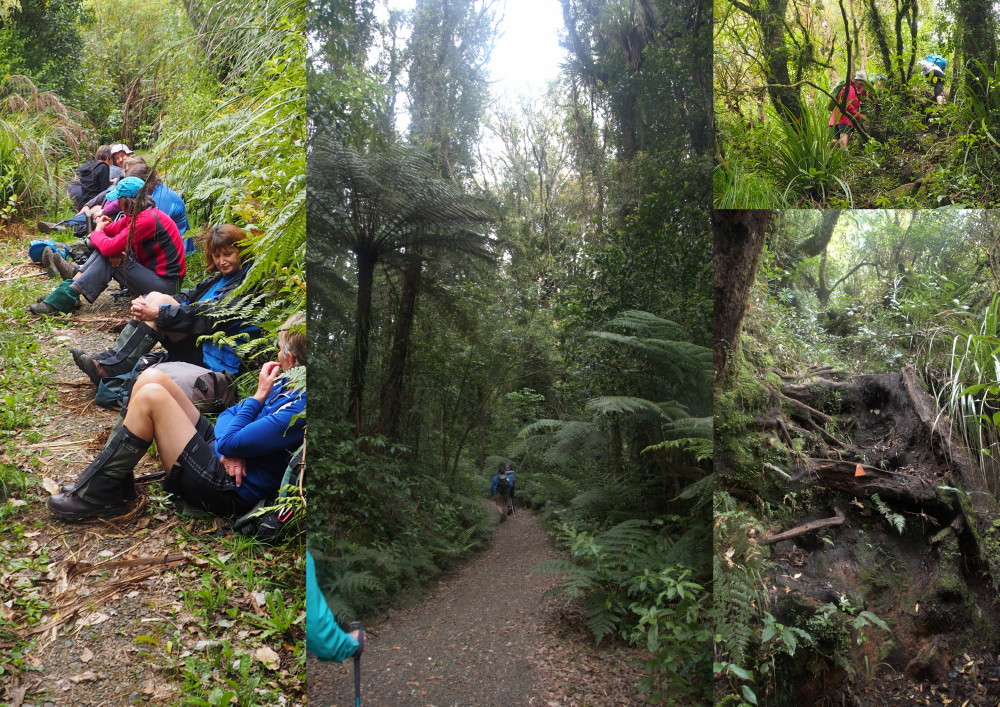 Some decided to walk the extra 10-15 minutes steep climb to the second-highest point, Pukeatua Peak. Again, the views over the central plateau were spoilt by overcrowded trees, which was disappointing. Once down from the peak, there was a climb up many steep rocks to a big rocky outcrop which had the best views. On a sunny day, one can see Mt Pirongia and Mt Taranaki.

Then it was many big drops down a very muddy, slippery ridge. It was steep going downhill, with lots of tree roots to clamber over. This was a section of the old track, and we were rather glad we didn’t do it.

Most of us visited the visitor centre, which had excellent displays including a precious bird egg display by former Prime Minister Helen Clark’s father. The paid staff and volunteers at the centre were very approachable and enjoyed sharing information about almost anything. It is a special piece of New Zealand forest that is mammal-free and a visit is highly recommended. 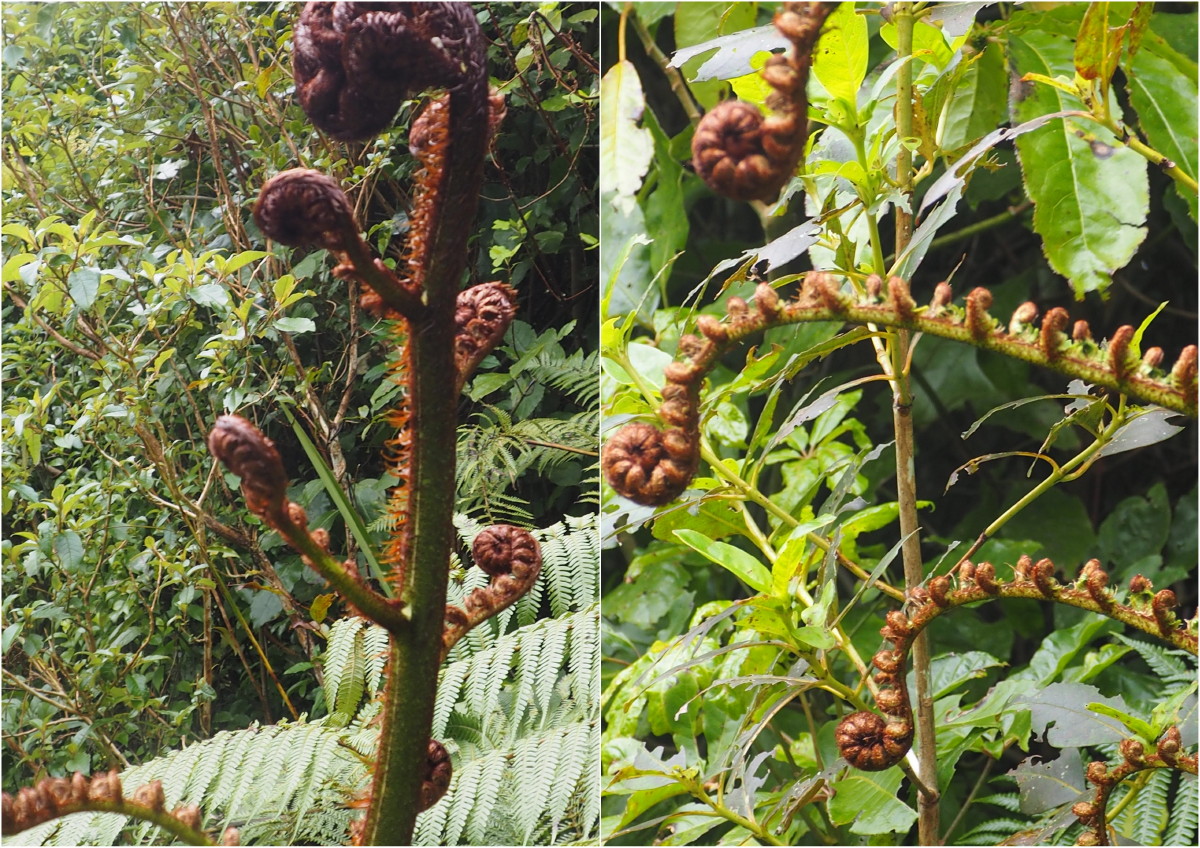 The following day, many set off on bikes and cycled along the Waikato River trail starting at the Arapuni Dam; a few walked the Hamilton Botanical Gardens which were very impressive; and some cycled around Hamilton’s cycleway.

A most enjoyable and fruitful weekend was had by everyone.