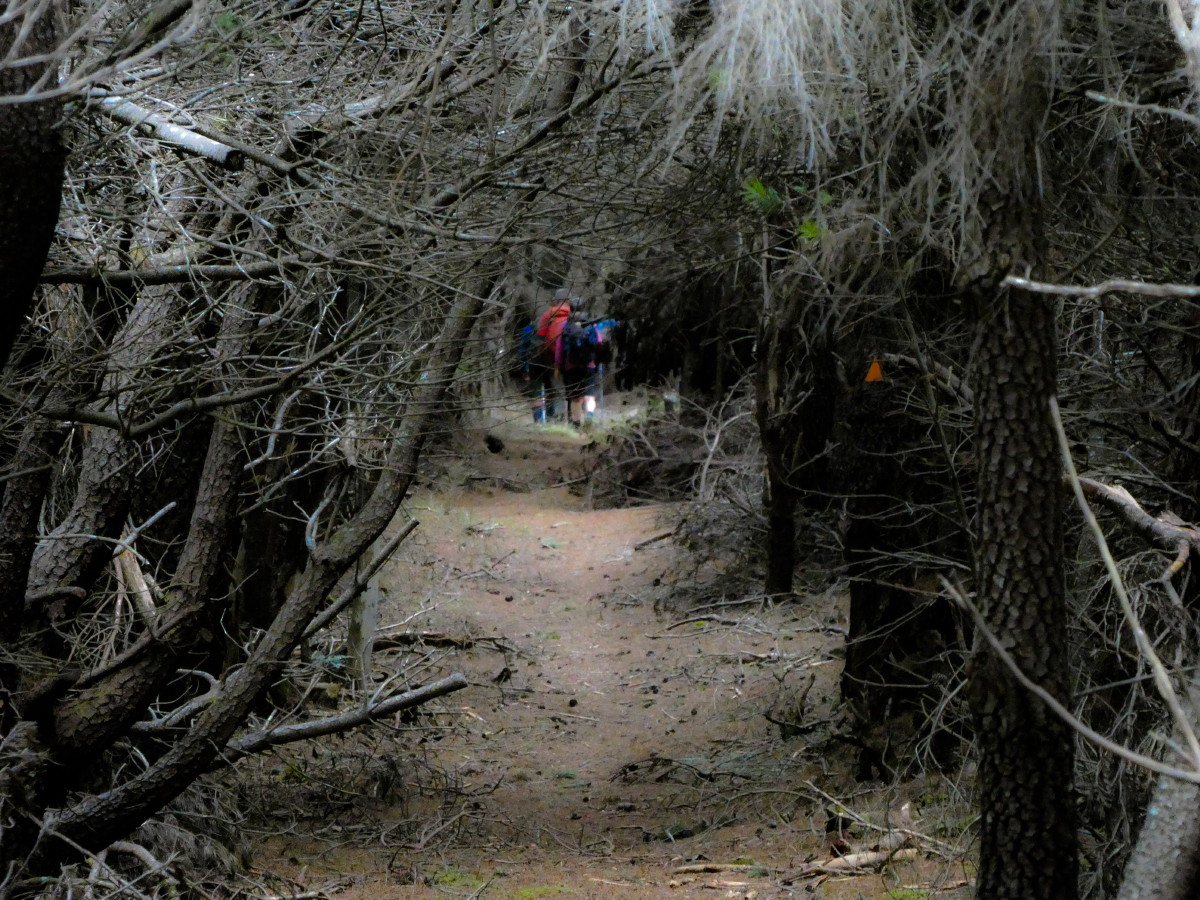 Free to use a van again following the restrictions of Covid-19, John Dobbs put the 4WD into action to deposit us safely at the Comet Hut around 0900. We also used two private vehicles. It was a cool start with the threat of some rain so, despite our impending climb, we donned jackets. 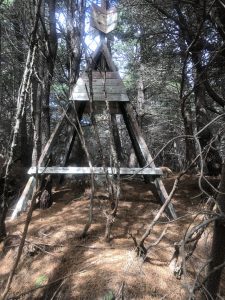 The steady climb to Komata trig (1083) took us through a large stand of pinus contorta (twisted pine) which was originally planted to stabilise the denuded land. It is now the most vigorous spreading conifer in New Zealand, and planting or propagation is prohibited. The small cones littered the ground, and of course nothing else could compete at ground level. The beech forest with its mossy humps and hollows looked as if it might hide small Hobbits in the shadows. 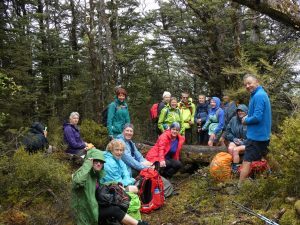 We chose a large log intercepting the track as a natural stop for morning tea and sustenance to prepare our muscles for the long, steep descent to the Taruarau River.

Every now and then, we were treated to a glimpse of the impressive Ruahine ranges, and a reminder of how far down we had yet to walk to get to the river. Kowhai were in flower, and with those came tuis. A flat clearing just prior to the river had been in recent use by other campers with a bivvy frame still standing and evidence of recent campfires. 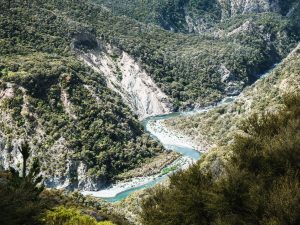 Views down to the Taruarau from above

We slid down to the river in dribs and drabs, only to realise that the recent warm temperatures and subsequent snowmelt had boosted the volume of running water. It was perfect for trout, but too dangerous for us trampers to traverse. The campsite would have provided a more sheltered spot as the wind was whipping across the water, sending up a fine spray, but it was just too much of a beautiful spot not to sit down and admire.

Elly regaled us with her knowledge that this river was the true boundary between the Kaweka and Ruahine ranges. I have since found out that the Taruarau River originates in the Kaimanawa Ranges, flows into the Ngaruroro, and then continues for 60km into Hawke’s Bay itself. 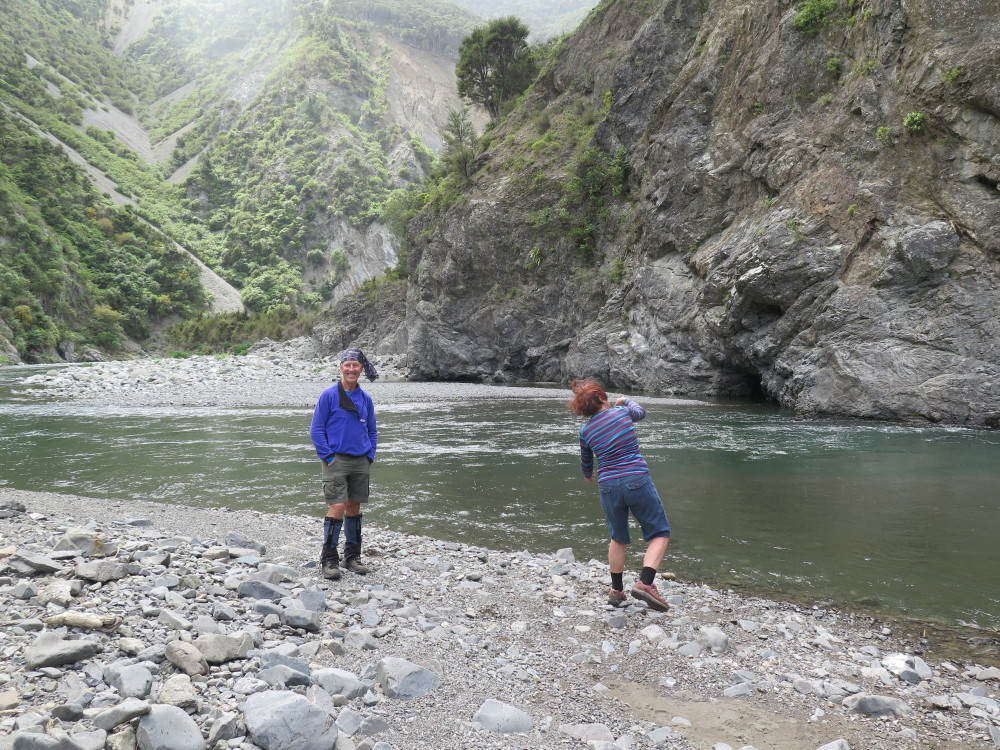 The Taruarau was running too high to cross safely

Forever the “teacher on duty”, Margaret recruited John D and Matt as pupils to compete in a stone-skipping competition. The rest of us worked on our inner strength to get ourselves back up that hill. I briefly led Denise astray around a wee cliff face which gave us a different perspective on the valley below.

Those “bloody wilding pines”, as John D called them, were actually a welcome relief on the return, only because the path was somewhat level there. I’m sure we all had a few “Are we there yet?” moments. Lynette, Bruce and Gaye were first back to Comet Hut as some of them had seen Shutes Hut previously and had decided not to go all the way to the river.

So Shutes Hut remains elusive to some. By the time it comes back on the tramp list, and with a little bribery on the side, the rest of us may get there yet.