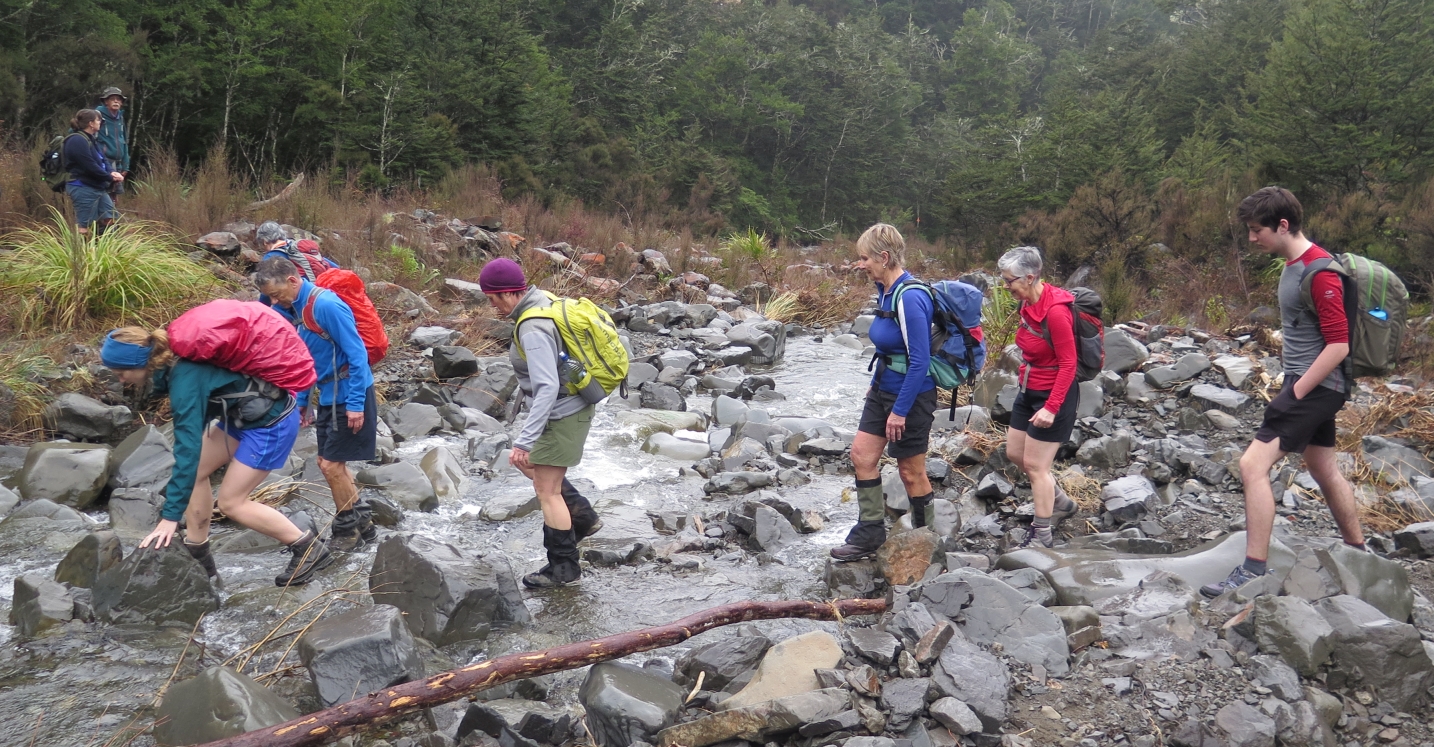 A full van and a carload of trampers arrived at a very gloomy and damp Makahu car park, with the inhabitants harbouring some trepidation as to whether they would be getting up to the J to fulfil the club’s annual ambition, first fulfilled by its founders. It was not to be.

We decided that Kaweka J could not be achieved, so plan B was adopted and we decided on Kaweka Bivvy with a possible trip beyond to Middle Hill.

Despite the damp, raincoats weren’t needed, and we soon got pretty sweaty on the uphill sections.

The first river crossing proved a challenge for me. I decided to take a chance on a slippery rock and ended up with a partial dunking and a sore knee. Luckily, there was no major injury. 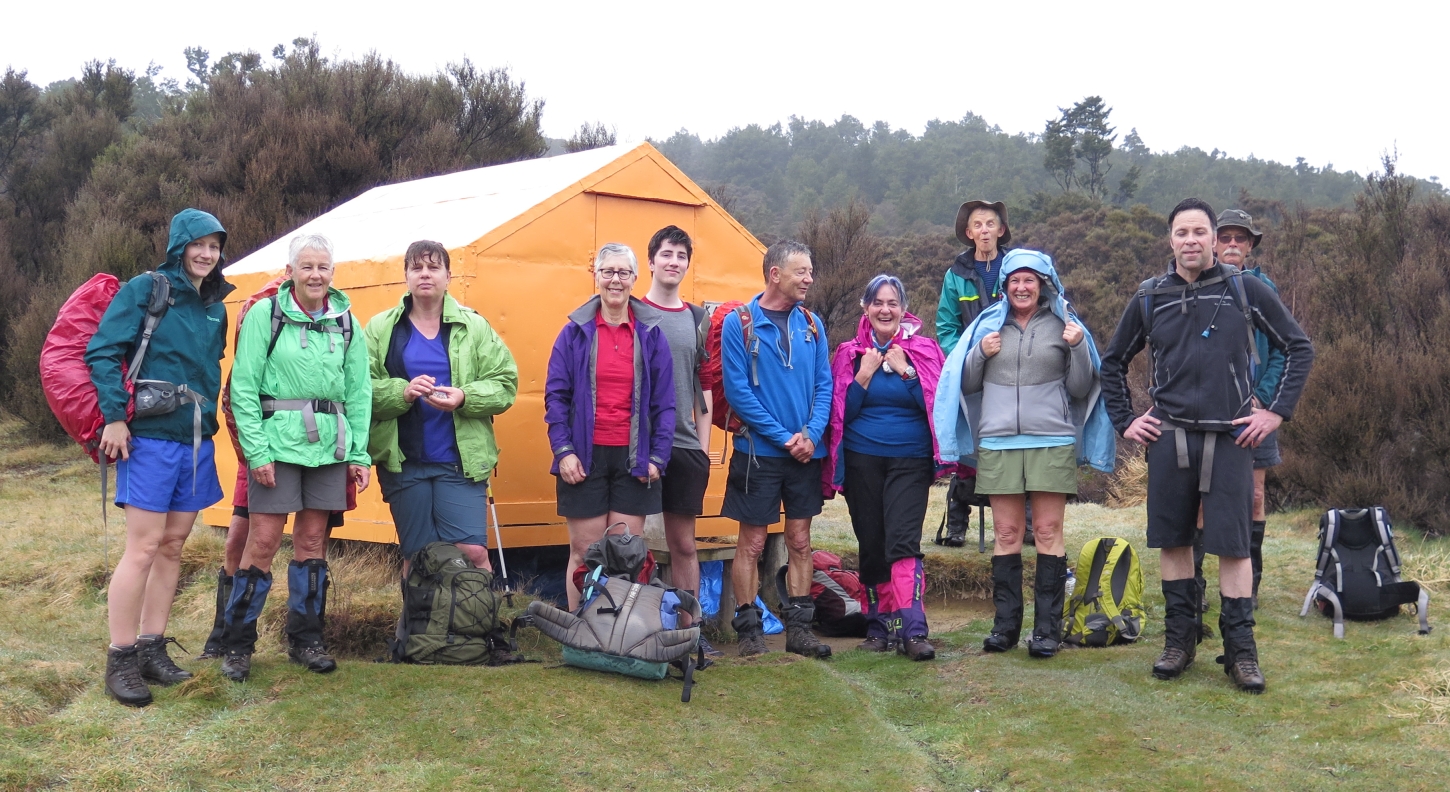 We had a quick break at Kaweka Flats bivvy, where Alison suggested a round trip to Middle Hill Hut and back via Pinks car park, where she would meet us with the van.

Alison, Simon and Peter went back to the van, while the remaining 11 carried on.

Alison said there would be a few ‘undulations’ on the way to Middle Hill, but only one really long and steep climb. There is some really lovely bush in this area, and we heard an unusual bird call, possibly a kiwi.

Fiona and young Chris were the mountain goats who raced ahead, while most of us plodded along behind.

We got to Middle Hill Hut about 1pm, and most of us stayed inside for lunch, although there was not much difference in temperature between inside and out. My last experience of this hut was on the 40th anniversary trip in 2014 when it snowed! It brought it home to everyone that we can never be too prepared when out in the bush.

After lunch, it was a relatively easy leg to the car park. The sign at Middle Hill states 2.5-3 hours back, but actually it’s about 1.5 hours.

Everyone looked to have enjoyed the day, although the ride home was interrupted by a fallen pine tree on the road. Luckily, a guy in a 4wd managed to move it and Simon did a bit of pruning with his saw to clear our way. Good work!