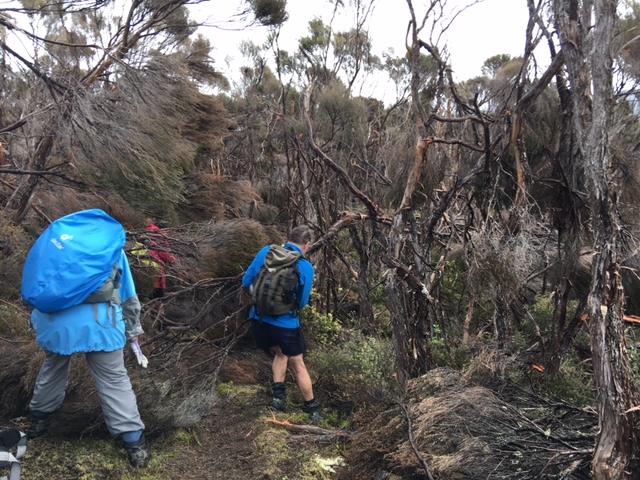 Saturday 8 October and Wednesday 12 October
Map: BJ37 Kuuirpapango
Banner Pix: The Kanuka snapped and across the track near Middle Hill.

The snow storms of early August have left the Kaweka FP with massive damage to the bush. Most tracks have been obliterated by windfall. So, as our latest tramps were to be in the area, it was decided to help out with some track-clearing.

The club anniversary tramp on Saturday 8 October was supposed to be to Kaweka J, but high winds forced us along the Kaweka Flats track. One group forged ahead, taking twice as long to reach the bivvy than usual, while a group of four – Ted, Geoff, Simon and Alison – waded in with hand saws and clippers, clearing what they could. 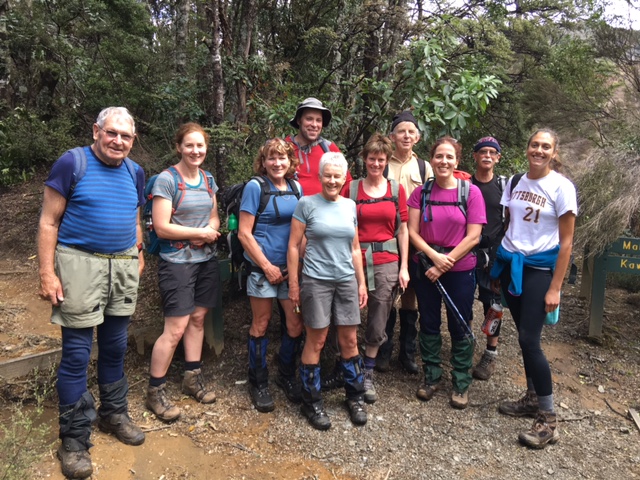 The Anniversary tramp which cleared the Kaweka Flats track

The first group, which had three new people who dramatically lowered the average age, wandered back to have lunch by the river in the sun then made their way back, meeting up with the working party who had made it to almost where the track drops down to the river. There were still large trees to be scrambled over but our team made a small improvement.

Then on Wednesday 12 October, the tramp to Middle Hill Hut had another team all geared up with hand saws as we set off to do battle. This track was different to the Kaweka Flats; here it’s more open, with lots of manuka and scrubby stuff compared to the beech and larger trees of the flats. 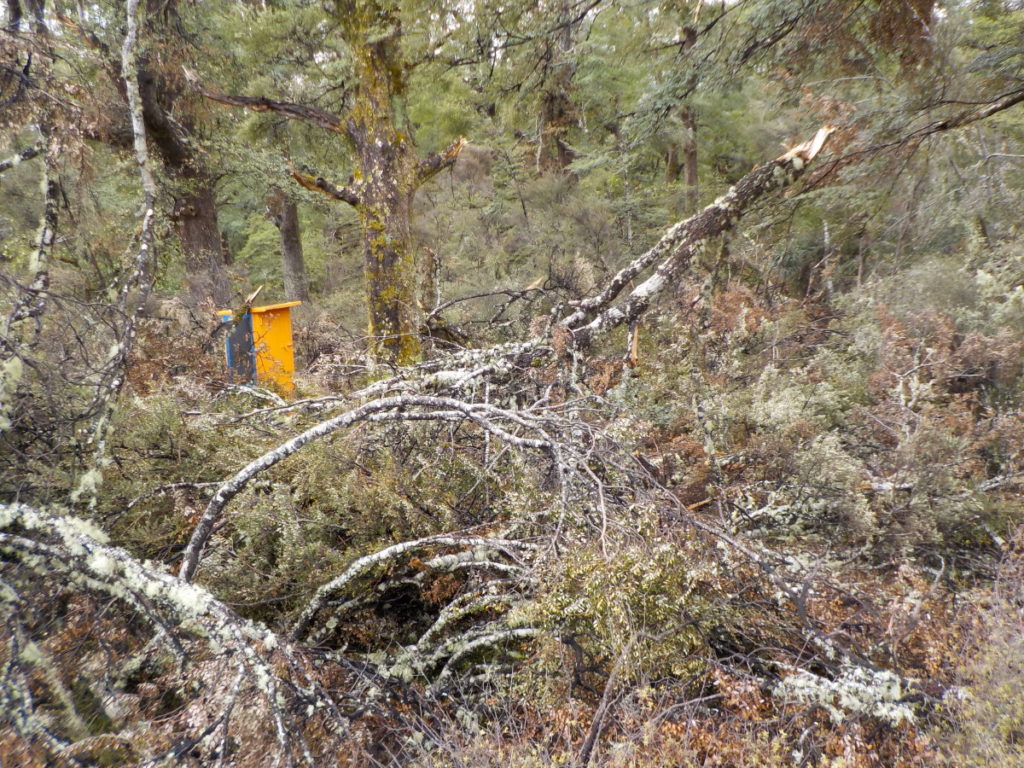 The direction of lthe track to Kaweka Flats/Ballard Hut from Middle Hill.

Middle Hill track had been cleared for two thirds of the way, leaving the flat area along to the turn-off to Makino Hut and along to the hut to clear. The manuka were snapped off like matchsticks, some reasonably easy to pull out of the way, others needing a bit more pulling and cutting. We finally made it to Middle Hill, but beyond there is a major job, needing far better equipped gangs than us. 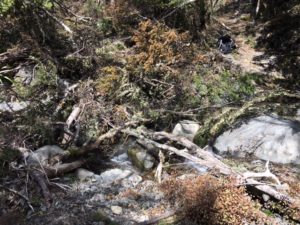 Still, both days out were fun and hopefully DoC will be into a clearing programme soon. Until then, our trips into the Kawekas will be limited.

Aranga Hut On Saturday 14 January the tramp was changed to a loop in the Northern Ruahine Range. … END_OF_DOCUMENT_TOKEN_TO_BE_REPLACED

Aranga Hut On Saturday 14 January the tramp was changed to a loop in the Northern Ruahine Range. … END_OF_DOCUMENT_TOKEN_TO_BE_REPLACED