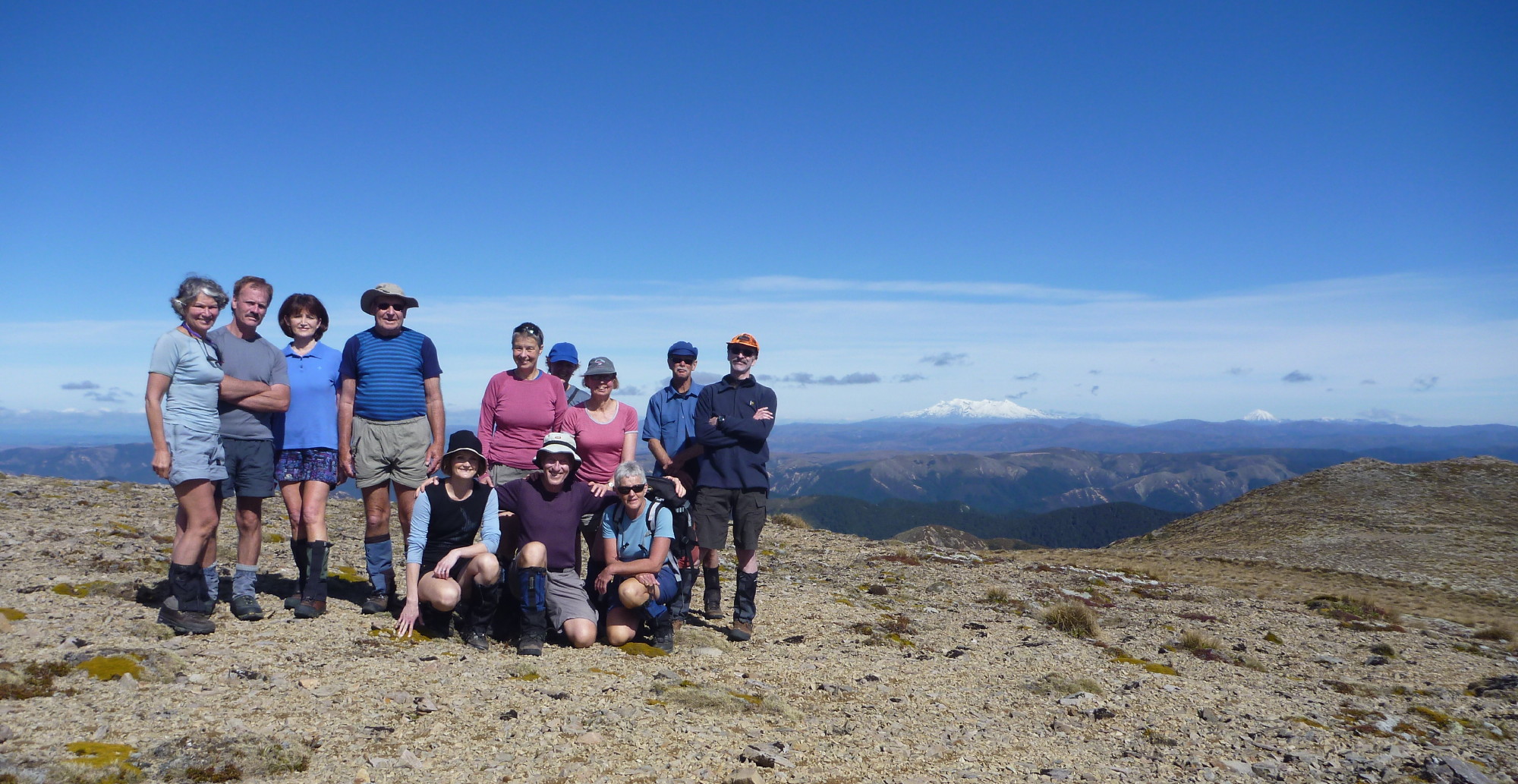 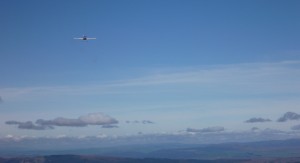 Today marked the 39th anniversary tramp to Kaweka J for the club. Over the years, members have encountered a variety of weather, from beautiful to blizzard, some years not being able to attempt the climb at all.

A magnificent, warm, sunny spring day made the tramp up Trial Spur easy going, then the steep scree climb to Dominie Bivvy where the group stopped for an early morning tea break. The two new ladies were doing well so it was onwards and upwards reaching the cairn atop Kaweka J and marvelling at the fabulous views.

The mountains of the Central Plateau still had a decent amount of snow cover and Tongariro was puffing out clouds of steam. Every now and again, you could catch a whiff of sulphur in the air, even though there appeared to be no wind. 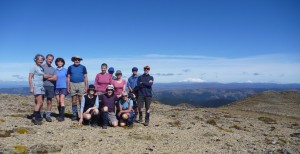 As photos were being taken, out of the north a small red and white plane appeared. Brian had come for a fly by! He swooped overhead several times, each flypast getting lower until we could see the faces in the cockpit! 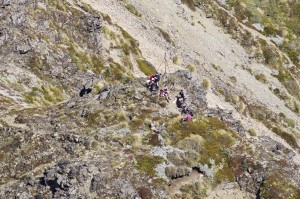 The group wandered over to Kaweka North, then split; some had lunch down by the tarns, others had lunch at the trig. It’s always hard to leave when the day is so amazing but it was time to back-track and make our way down, opting to take Makahu Spur to the car park.

We had arranged to stop at the Kaweka café in Puketitiri, where we were welcomed with lovely hot coffees, freshly made scones, carrot and chocolate cake. Thanks so much – it was a great way to finish off a perfect day.