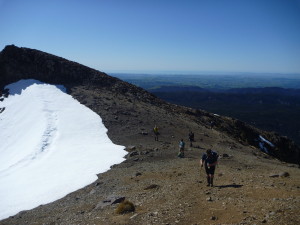 Our 41st anniversary tramp, and this year we were lucky. The weather was kind and with only a little wind and a clear blue sky, we were all keen to get up to the memorial cairn, which is a few feet from from Kaweka J. The J trig is no longer there, but a waratah marks the spot.

We all reached Dominie Bivvy, and relaxed in the sunshine out of the wind. The bivvy is very tidy, and looks well looked after. It would be a good shelter in any storm.

We then walked the final 45 minutes up to the top. Snow here and there made it a different view. Ruapehu and Ngauruhoe mountains were clear and had a lot of snow on them.

Huddling in the lee of the memorial cairn

We huddled in the lee of the memorial cairn, and some had an early lunch. After the group photo, we set off back down, some going back down Makahu Spur, and the rest deciding to go down Don’s Spur. A small icy tarn surrounded by snow was very picturesque. The track is marked by waratahs from the top, but at one point we had to climb through pine trees which obscured the track. Geoff took a quick shingle slide to avoid the pines. 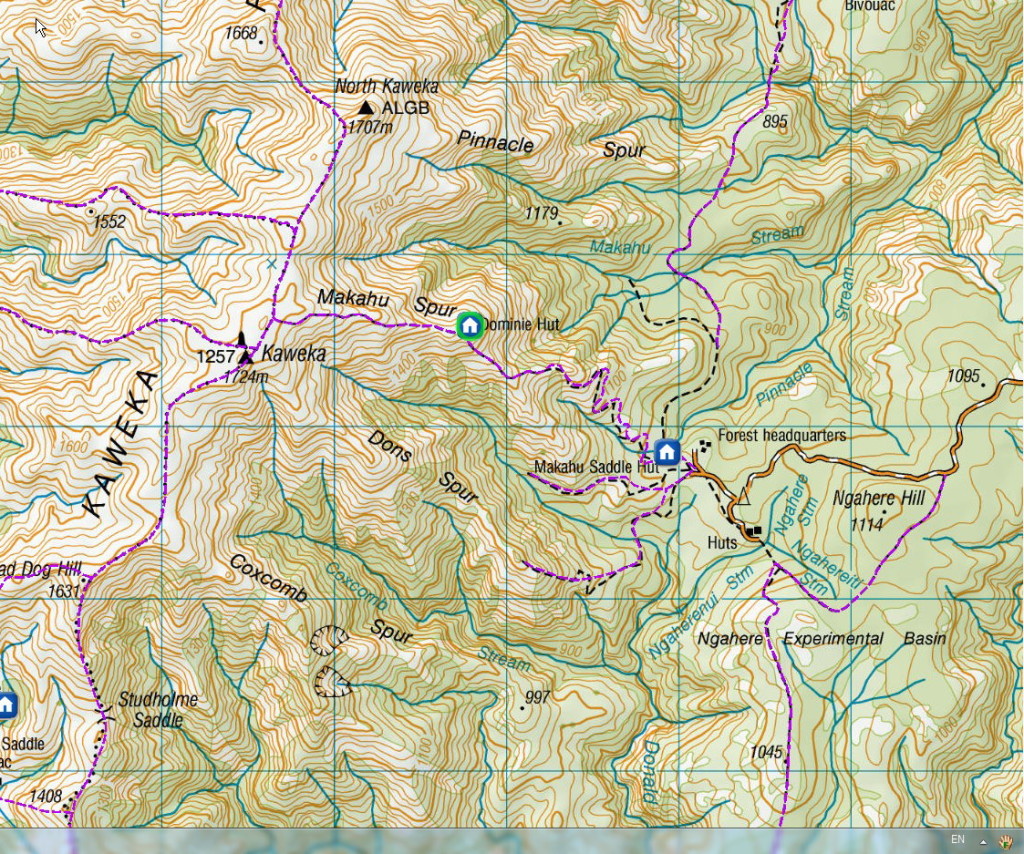 A topo map of part of the Kaweka Range

We stopped and had a further lunch break out of the wind, and then continued until we reached the bushline. Here the track is wide and easy to follow.

We hopped, skipped and jumped across Don’s Stream, then strolled back to the Makahu Saddle car park. It proved an early day for all of us, but a very enjoyable one.