Just three weeks ago, a group of us were in the park, tramping to Central Whirinaki Hut. This time a very keen group of 15 were ready to tramp through to the Minginui end. It was a first for Marie, Bruce, Colin and myself.

A vanload and one car left Park Island at 0700 – an earlier start for a mid-week tramp as there was quite a bit of carpooling to be done. The weather was somewhat murky, with heavy rain forecast in the Whirinaki area later that day.

We arrived at the the first drop-off point, at the end of Plateau Road, just before 9 am. Eleven of us were going to start here – Ted, Sue, myself, Bruce, Tony, Colin, Bruce, Marie, Alison, Gordon and Simon. Meanwhile, Kelvin, Dorothy, Paul and Vic transferred the vehicles around to the Minginui end, which was an hour or so back-tracking along some of the road we had already driven over. 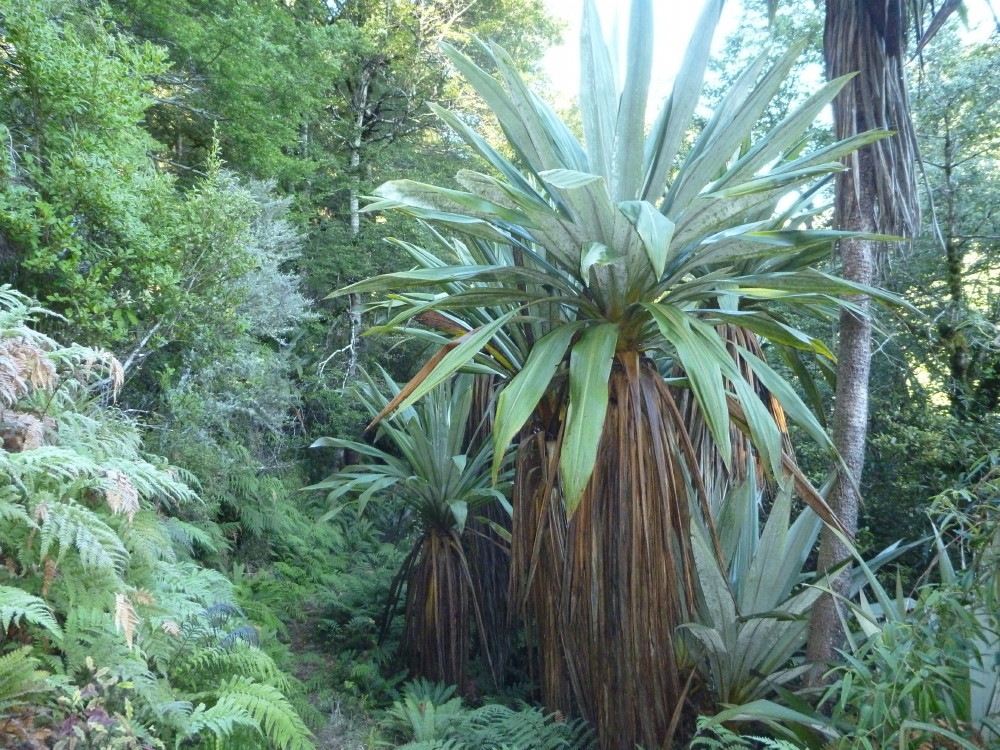 Ted was our lead man for the day. He had a strong, steady pace all the way through, without let-up. It was very interesting, listening to his stories of previous group tramps over the years in the Whirinaki area.

The tramp down to Whirinaki Central Hut was easy walking. Colin had never seen the Cave, so that was an obligatory diversion for him. As this was the second time along this track in such a short time frame for some of us, the walk didn’t seem to take as long this time around. Familiarity breeds content…

We arrived at the hut in good time at 11.45 and enjoyed a half-hour leisurely lunch. The sun was shining at this stage.

Quite a bit of clearing had been done since we were last here; trees felled and grass cut, opening up the area in front of the hut tremendously. Marie went down to the river to see if there were any whio duck, but alas, there were none this time.

But somewhere along the way, Alison, Bruce and a couple of others spotted blue whio ducklings along the river. Bruce managed to snap a few photographs of them. Marie did eventually manage to sight an adult blue whio, with a picture to boot. We heard a few resident kaka and kakari but no wood pigeon were seen. The lack of birdsong in this area was obvious, which is a concern.

After leaving Central Hut, we carried onto Vern’s Shelter for our second lunch. That’s when the drizzle started, so coats and jackets were donned by those who hadn’t forgotten their wet weather gear. 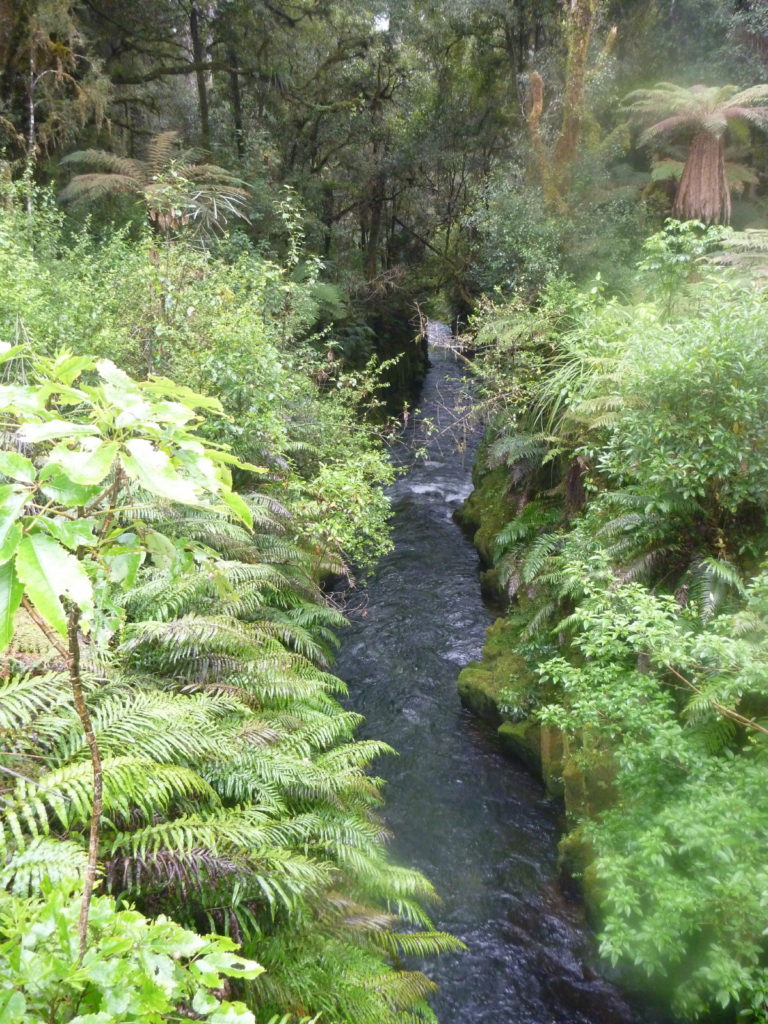 We carried on along the track towards Minginui, some of us diverting to have a quick look at a waterfall. The drizzle was annoying enough for coats-on-coats-off-coats-on-again, but the forecast heavy rain had not yet set in.

While tramping along the track, we were fascinated by how dramatically the flora and fauna changes with the different altitude and terrain, from large beech and native cabbage, rimu to ponga forests and fern, to the large kahikatea tree.

We finally arrived at the Minginui end of the tramp at 4.45, tired but very satisfied. Paul, Kelvin, Vic and Dorothy had a good time exploring the different tracks in the area.

We were back in the vehicles and heading home by 5 pm, and then the heavens opened. Weren’t we lucky? We arrived back at Park Island at 7.30 p.m. What an enjoyable day. Thanks to Alison, Kelvin, Paul and Simon for the chauffeuring and Simon for his vehicle.

Aranga Hut On Saturday 14 January the tramp was changed to a loop in the Northern Ruahine Range. … END_OF_DOCUMENT_TOKEN_TO_BE_REPLACED

Aranga Hut On Saturday 14 January the tramp was changed to a loop in the Northern Ruahine Range. … END_OF_DOCUMENT_TOKEN_TO_BE_REPLACED