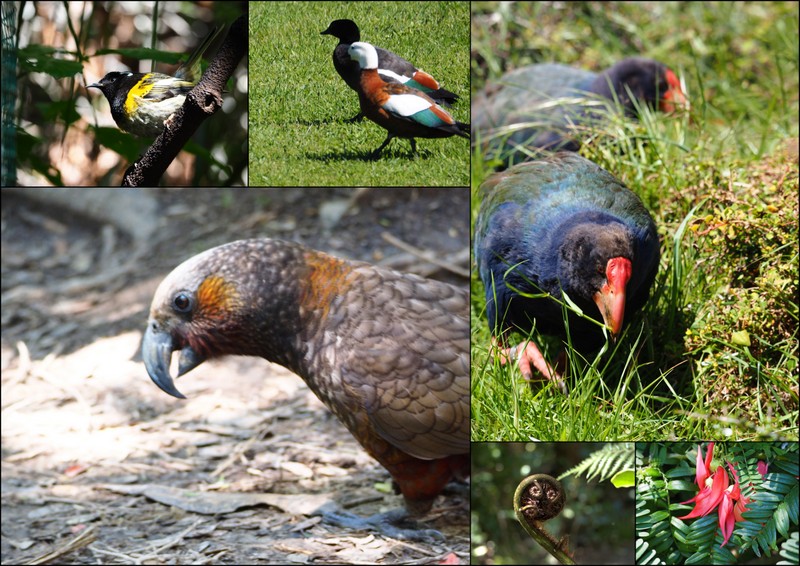 Fourteen members and their families travelled to Paekakariki at Labour Weekend. Because the weather and sea conditions weren’t conducive for the planned day to explore Kapiti, we decided to shelter from the wind, rain and cold and explore the Wellington museums. The Gallipoli display at Te Papa is outstanding and is well recommended. 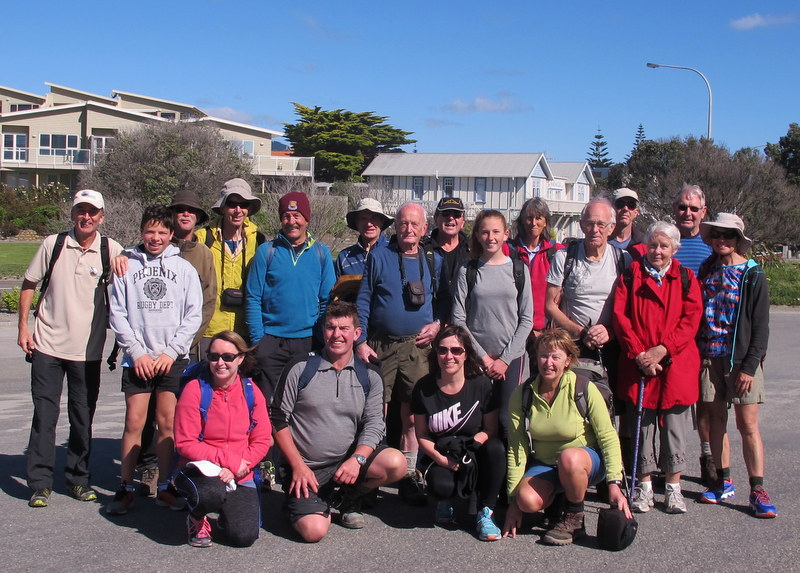 After a picnic lunch in downtown windy Wellington, we decided to visit the war museum which many of us hadn’t been to for years. This was just as impressive. A mad dash to the train station mid-afternoon but we were disappointed to find that our gold cards for a free ride home were rejected!
On Saturday, we woke to a glorious sunny morning and had the good news from Jenny of Kapiti Explorer & Marine Charter that the trip was definitely on. We departed from Paraparaumu beach. The 5 km boat trip over to Kapiti was pretty choppy, which didn’t make a pleasant trip for some of us.

After a 30-minute talk in the DoC shelter, we all made our own way around the island. Some went uphill on the steady Wilkinson Track while others took the more challenging Trig Track, which is a steeper route, and a few stayed low to walk the Rangatira loop. The bird life around the feeding station on the Trig track was amazing, with literally hundreds of stitchbirds, bellbirds and saddlebacks feeding.

Wherever you were, the bush was abundant with bird life. We heard numerous bird calls and spotted many. But a lot of them were well camouflaged from good photo opportunities. Between us all, our findings were:

We heard but didn’t see: kokako.

A friendly kaka enjoyed landing on people’s clothing, inquisitive of what was available to nibble. The weather remained sunny throughout the day and awesome views were had from the trig. The kaka beak looked stunning behind the old cottage.

We left the island at 3:30pm for a choppy trip back to the mainland, all very satisfied. It is certainly a special nature reserve. Once we showered and smartened up, we headed off to the local for a meal and to watch the ABs thrash the Aussies. 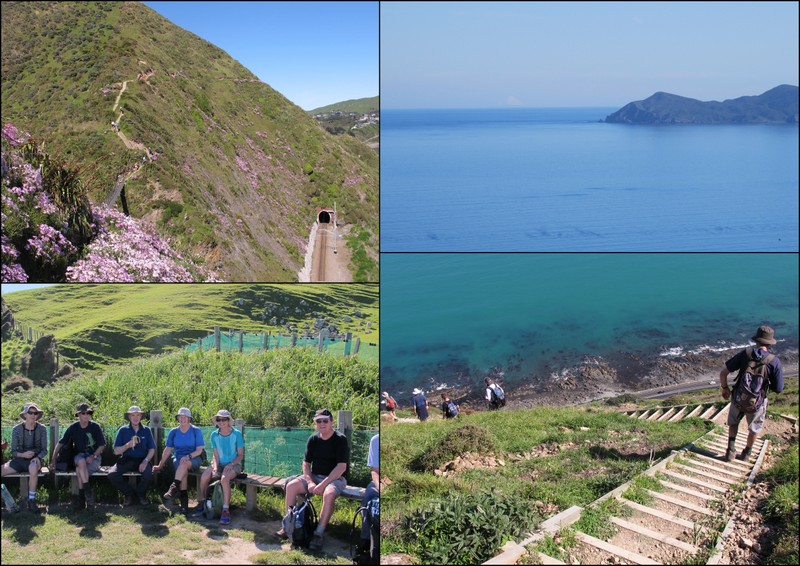 Scenes during the escarpment walk

The next day was a perfect spring morning in Wellington, sunny and windless, so many of us walked the escarpment walkway from Paekakariki to Pukerua Bay. The views of the coastline, out to Kapiti, to the snowy tops of the Kaikoura Ranges, the city and even Mt Taranaki, were spectacular.
The information suggests a four-hour walk but we managed it in just over three – even with many photo stops along the way. The path is very narrow with no rails and it’s certainly not for the faint-hearted or those with a fear of heights or who suffer vertigo. The walk claims to have more than 1400 steep staircases, a narrow track, and many steep drop-offs, two swing bridges and it rises 400 metres. This didn’t seem to put people off and they obviously were making the most of a brilliant day. They say it is the ‘toughest most accessible’ walk in New Zealand. It is part of the Te Araroa Trail and is a must-do if you are in the area and it’s not windy.

Most people trained back to the Paekakariki station and drove back to Hawke’s Bay.

Aranga Hut On Saturday 14 January the tramp was changed to a loop in the Northern Ruahine Range. … END_OF_DOCUMENT_TOKEN_TO_BE_REPLACED

Aranga Hut On Saturday 14 January the tramp was changed to a loop in the Northern Ruahine Range. … END_OF_DOCUMENT_TOKEN_TO_BE_REPLACED