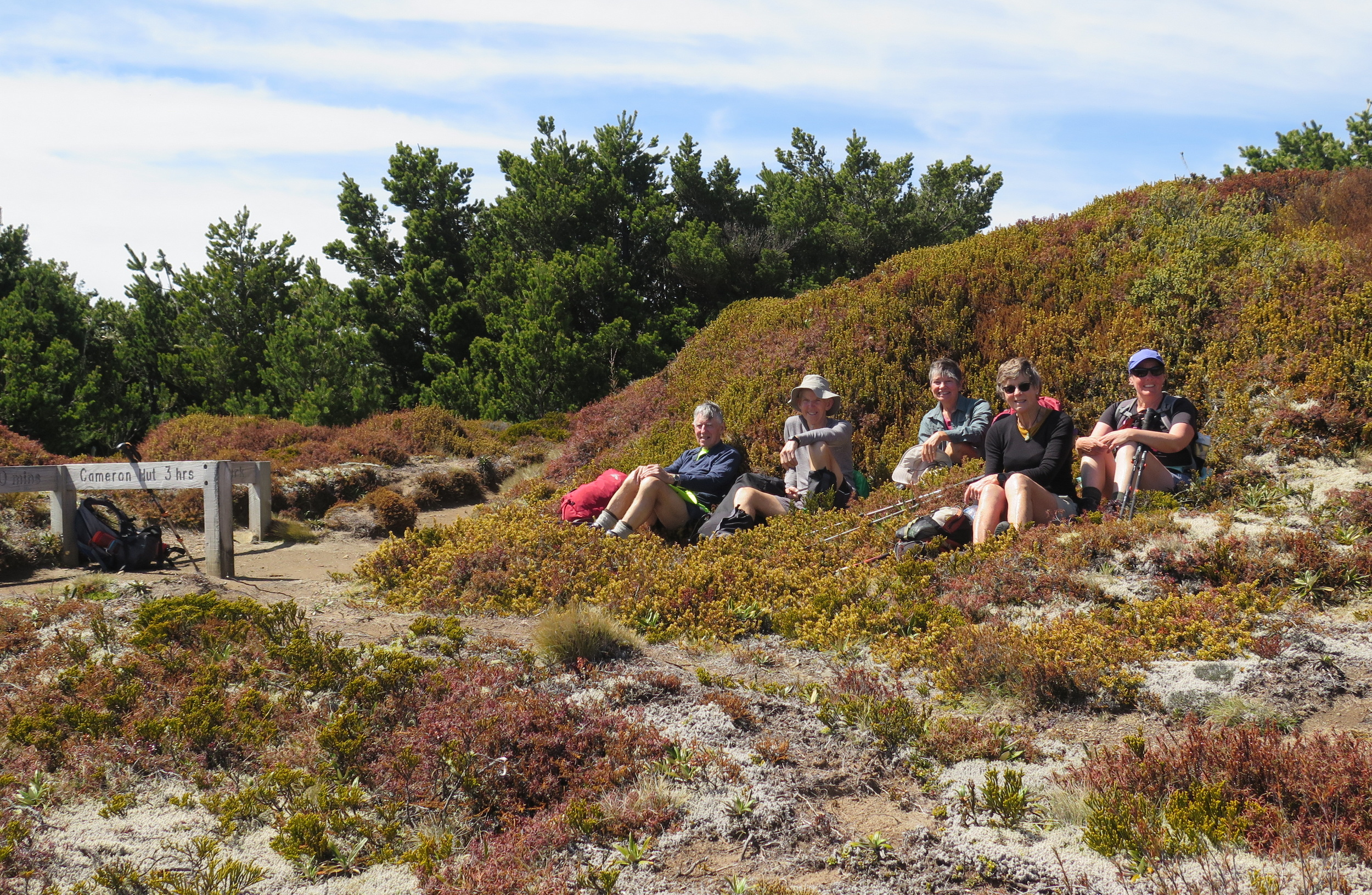 Seven travelled to The Lakes car park off the Taihape Road, where we started the tramp to Kiwi Saddle Hut. It was a very warm day with a steady breeze that kept us cool at the top. 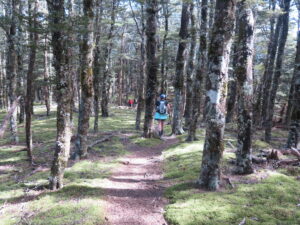 The track was in good condition. Ted decided to return to the car park when he reached part-way up the hill. From the tops of the Smith Russell track, we had an amazing view of Ruapehu which looked as if it had more snow than it had over winter! Great view of the Ngaruroro River.

We stopped at the top for a break then continued down to Kiwi Saddle Hut. After lunch, we decided to retrace our steps rather than carry on to Castle Camp and Kaiarahi Circuit.

A very scenic and interesting tramp with great weather.

Editor’s note: I hope you all noticed the few extra orange markers on the high point 1359.  At this point, re-entry into the bush has been double marked, and the vegetation cut down so that the markers are easily visible. Also, a few orange caps on the waratahs along the ridge.  All courtesy of Julia and her brother Roel, assisting the Back Country Trust.

Aranga Hut On Saturday 14 January the tramp was changed to a loop in the Northern Ruahine Range. … END_OF_DOCUMENT_TOKEN_TO_BE_REPLACED

Aranga Hut On Saturday 14 January the tramp was changed to a loop in the Northern Ruahine Range. … END_OF_DOCUMENT_TOKEN_TO_BE_REPLACED