Contents:
Christmas Bbq: This year the Bbq will be held at Omatua Girl Guide Grounds in Rissington. This is on Puketitiri Road, on the right, just before the bridge over the Mangone River. Time: 3.00pm until 7.00 pm. Bring a salad or desert, your own drinks and utensils.

Gezina Bequest
The club have funded the park bench on the Tironui Drive to Sugarloaf walk. This is through Napier Council reserve land, and the seat has been sited at a viewpoint to the southern Ruahine Ranges and also to the Cape Kidnappers coastline. We will be holding a walk from the Tironui carpark to the seat on Monday, December 1 at 6:00pm.

NTC 40th Anniversary Photos
The tramp to Kaweka J was not possible as Kaweka Road had been closed due to snow. Our alternate was Middle Hill Hut. 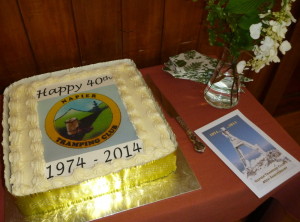 The cake and programme 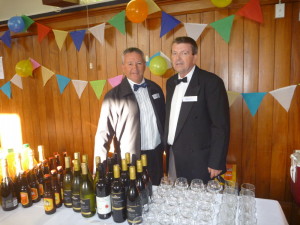 The two barmen, Russell and Kelvin 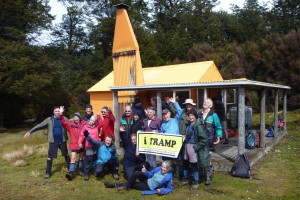 A year in the life of a GuideOn June 3, Graham Leech gave a presentation at the club meeting … END_OF_DOCUMENT_TOKEN_TO_BE_REPLACED

A year in the life of a GuideOn June 3, Graham Leech gave a presentation at the club meeting … END_OF_DOCUMENT_TOKEN_TO_BE_REPLACED