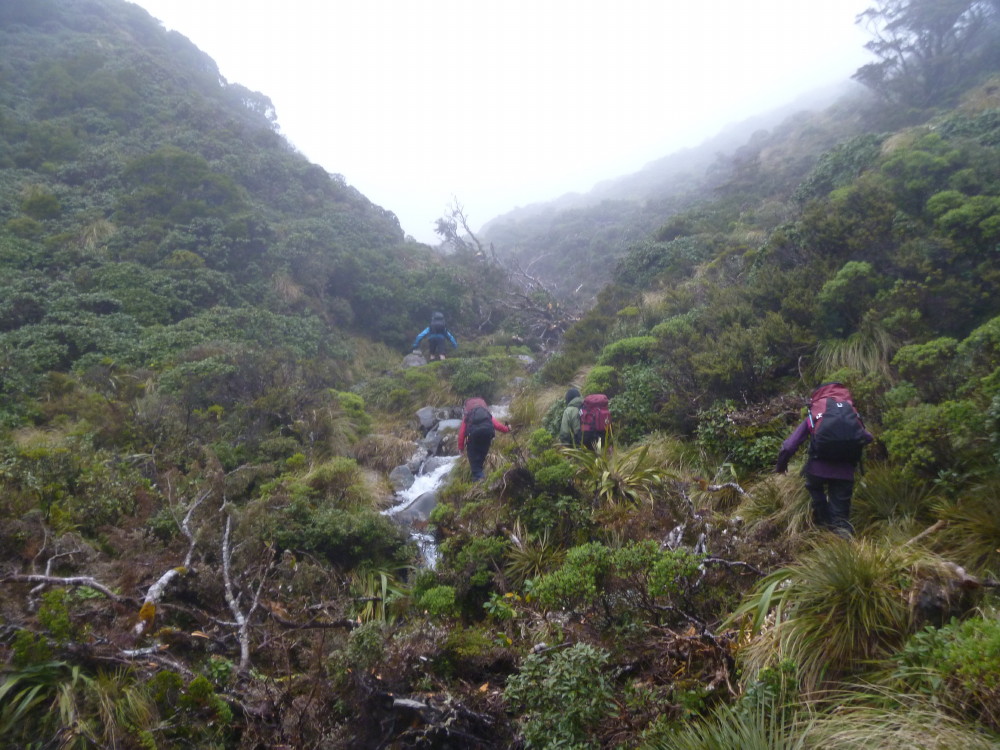 We headed up the Waipawa River from the river car park. Just below Waipawa Saddle, three day trippers with us turned back. There was a strong wind running over the saddle. Going down the razorback track opposite the waterfall proved difficult – but downstream, the going was easier with less wind. At Waikamaka Hut, three members of Heretaunga Tramping Club were building a new covered deck. We had lunch inside and, after a brief chat, set off upstream, passing major storm damage with trees and branches all over the place. 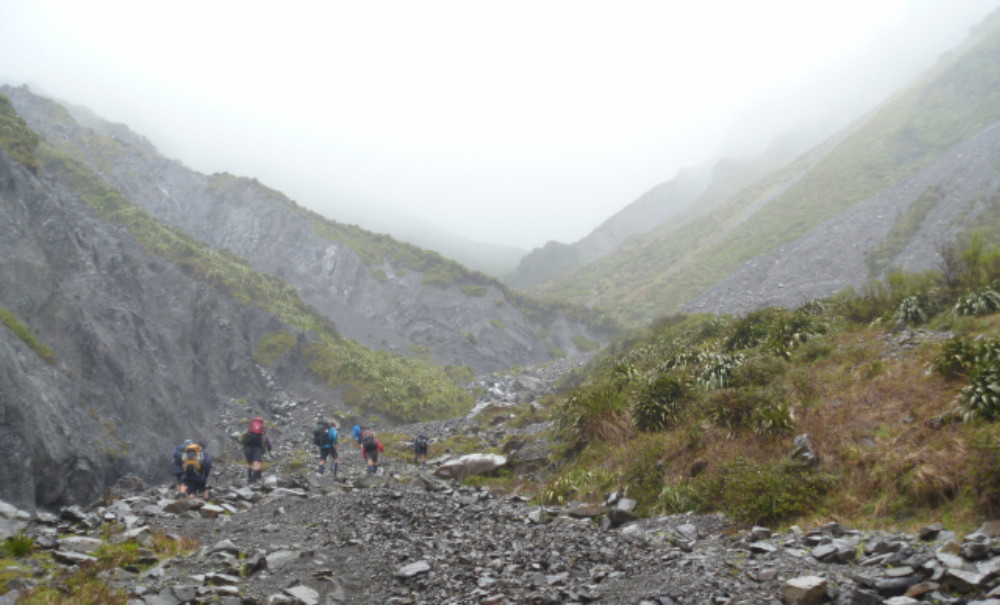 Heading up to Waipawa Saddle on a light drizzly day, with low visibility

We headed up towards Rangi Saddle as the mist and the rain got worse. We couldn’t see track or markers. Looking at the smartphone map with its GPS locator, we were about 200m from the saddle with about 100m to climb. The map showed just one stream, going up towards the saddle with the route running alongside. After some discussion, we ended up following the stream in front of us. Unfortunately, while there was only one stream on the map, there were more on the ground.

We ended up following the wrong one up to the ridge below Rangioteatua. Once on the ridge, we followed it down in strong winds to the saddle. There was a waratah on the saddle which led to the right route.

Back on track, we made good progress down to Rangi Creek. On the way, we passed more erosion damage. We went downstream to the junction with the Kawhatau River, then headed up the flats to the large cairn marking the position of Waterfall Hut. Once there, it was good to get out of our wet gear and rest; we were all tired. Simon tried to get the fire going, with some success, but it also produced a fair bit of smoke.
There was some wind and rain in the night, and next morning we left at just after 8am. The sky was clearer, but it was still windy. It didn’t take long to get to Rangi Saddle. 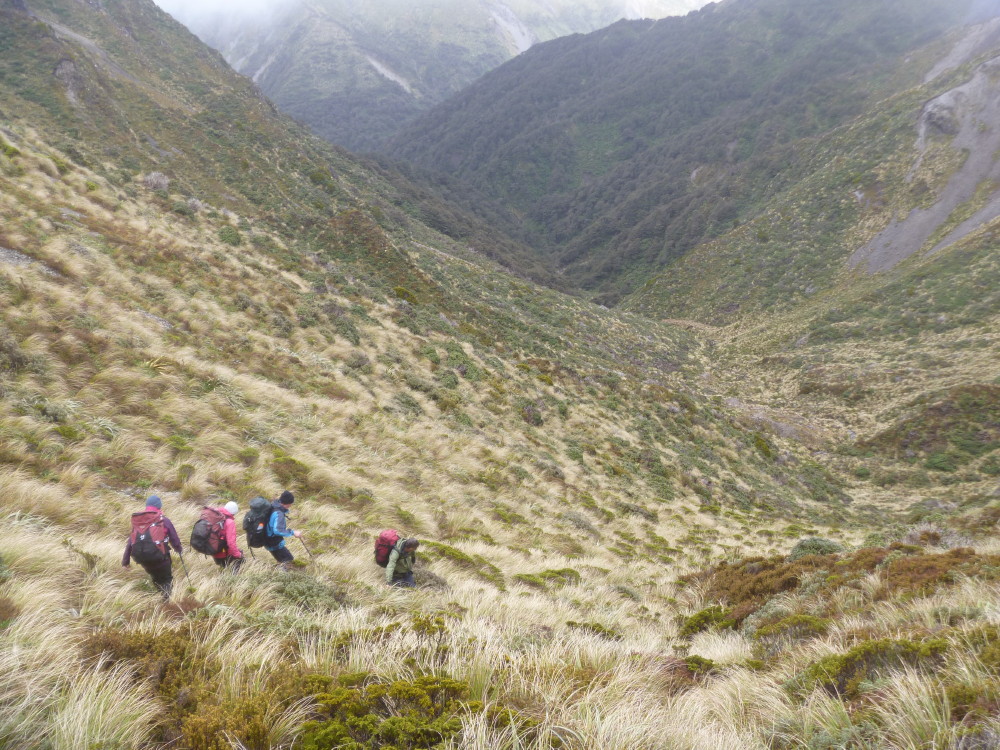 LES was scrawled into the ground on top of the saddle and we could see Les way off in the distance. There was good visibility so we knew where to descend from the saddle. The “track” is not very obvious, partly due to large clumps of tussock. On the way down, we passed a couple of waratahs and worked out the we should have kept to the right going up to the saddle on the previous day, rather than the left. We headed through the storm debris, downstream to Waikamaka Hut, arriving before 11 am for a pre-lunch. The Heretaunga team were making good progress.

Then it was on towards Waipawa Saddle, and still very windy. We made a cautious climb over the narrow track opposite a waterfall, where gusts were blowing some of the water upwards. Going over the saddle, several in the party were blown off their feet.

Once over the saddle and perhaps 10m below the top, we were out of the wind and took a quick break to regroup. Heading down the Waipawa, we could see a nice sunny day in Hawke’s Bay.
The route down the Waipawa seemed to be better than on past occasions when we have been in the river due to too much undergrowth. Further downstream, we stopped in a sheltered area for the second instalment of lunch. We continued downriver, with many crossings, getting back to the car park at about 3pm. All that river work had been hard on the feet.

Aranga Hut On Saturday 14 January the tramp was changed to a loop in the Northern Ruahine Range. … END_OF_DOCUMENT_TOKEN_TO_BE_REPLACED

Aranga Hut On Saturday 14 January the tramp was changed to a loop in the Northern Ruahine Range. … END_OF_DOCUMENT_TOKEN_TO_BE_REPLACED