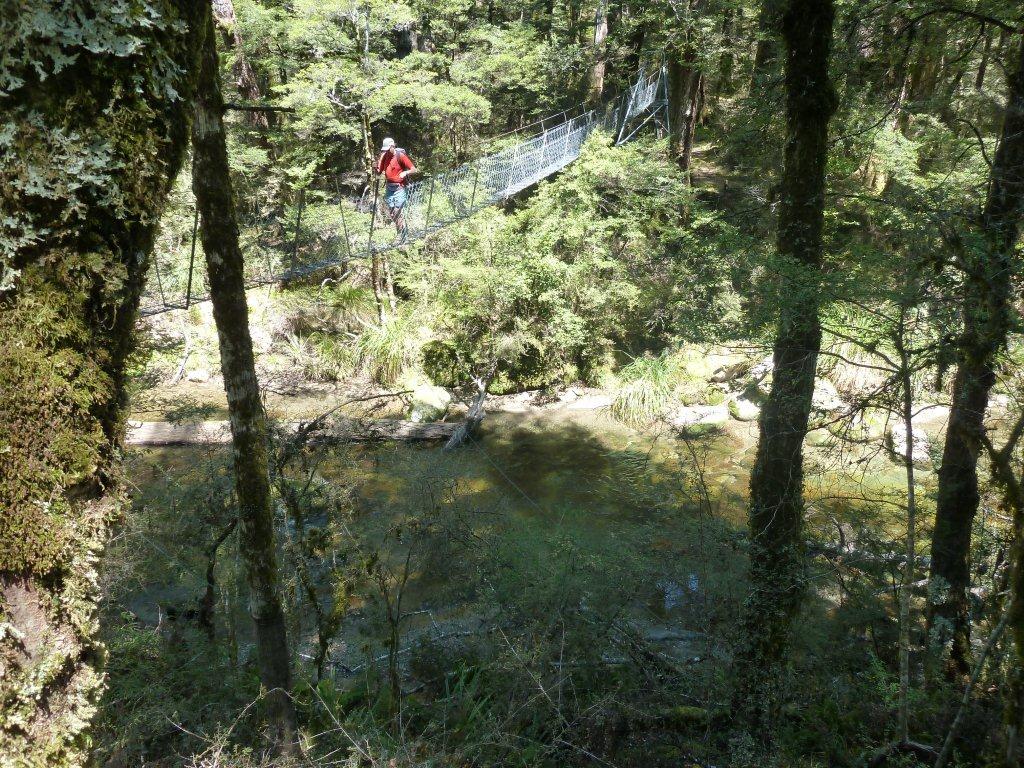 Instead of the forecasted rain, clear skies greeted us at the Poronui Station gates on Tahurua Road. 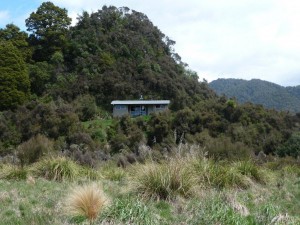 John Marshall was dropped off at the Taupo orchid plantation for the day, while six set off at the Poronui Station gate to Clements Mill Road car park. The remainder of the group, Ken, Vic and Sam drove around to where we would finish. They planned to have a leisurely walk through the beech forest, returning to Clements Mill Road later in the day.

A steady pace was required for the main party to reach Clements Mill Road from Poronui Station and not have Ken, Vic and Sam waiting too long for us, at the end of the day. A fast pace through the private lands from the Poronui Station gates had us reach the Oamaru Hut in a little over two hours and cover as much of our 30 km journey before encountering the Kaimanawa bush.

Leaving the Oamaru hut after a short break, we walked along the Kaipo River track, covered with beech and kanuka trees. We passed a group fly-fishing, and further upstream a possum trapper, all of whom were staying back at the hut. 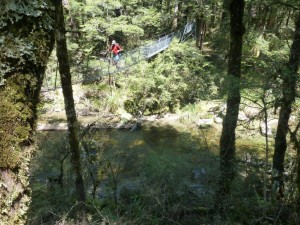 We stopped for lunch in the forest track along the Kaipo River. After lunch, we reached the swing bridge 30 minutes later, near the junction for Kaipo River and Tiki Tiki Stream. Crossing the bridge, we then followed the Tiki Tiki Stream to reach the base of Te Iringa. By mid-afternoon, strong winds and cloud were slowly increasing.

Our ascent through the beech canopy was long, steady but beautiful. The track passes below Te Iringa, and along the ridges were beech and mountain cabbage trees, with ferns and bracken in abundance. A few in the group were beginning to tire or suffer calf strain, but kept going knowing that the others were waiting at the end of the track.

After many hours of slow ascending along the ridge, we stopped for a drink break at an old hut site, burnt down many years ago, and the only remnant was a cleared grass knoll. The track descended from the old hut site to the Clements Mill Road car park, and after an hour’s walking we all met up at the van. A very tired but satisfied group exchanged their day’s stories on the return trip home, with drizzle just beginning to fall as we entered the city limits.

Aranga Hut On Saturday 14 January the tramp was changed to a loop in the Northern Ruahine Range. … END_OF_DOCUMENT_TOKEN_TO_BE_REPLACED

Aranga Hut On Saturday 14 January the tramp was changed to a loop in the Northern Ruahine Range. … END_OF_DOCUMENT_TOKEN_TO_BE_REPLACED