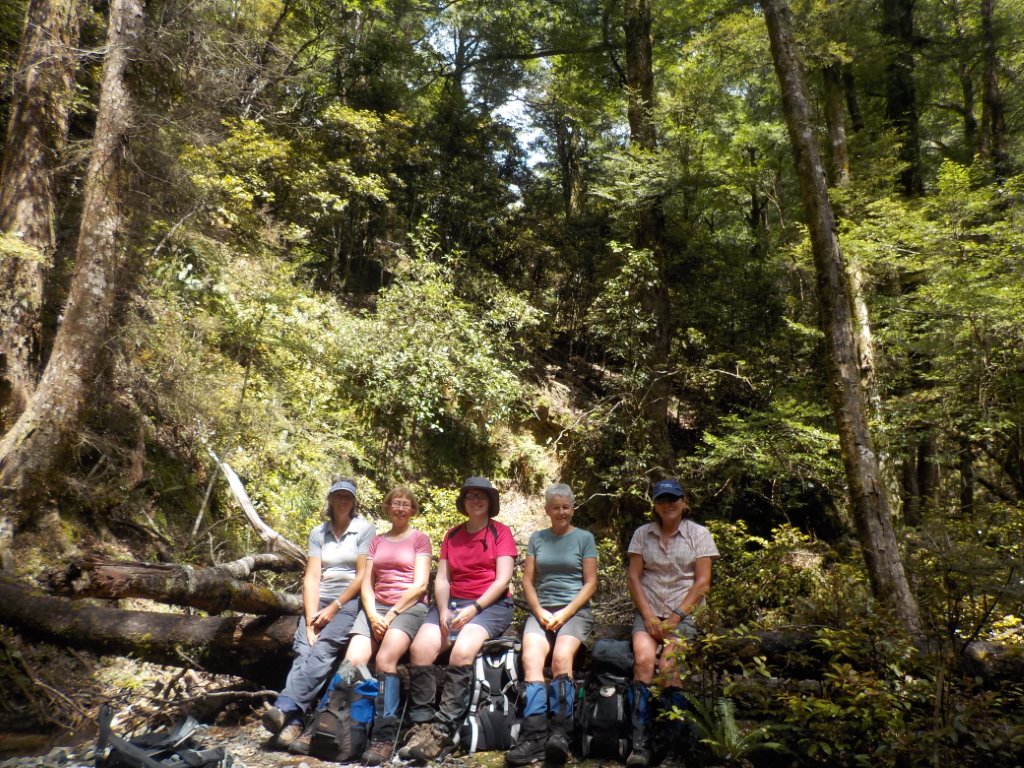 A girl’s day out; with only five names in the book, we cancelled the van and piled into one vehicle for today’s tramp.

The forecast was for gales and late rain so we changed our trip from the exposed Ruahines and headed into the Kawekas. By doing the Three Gorges tramp, we kept low away from exposed ridges, but still had a good workout. Arriving at the Middle Hill car park there was little wind and some sunshine and the group made good time to the turn-off just before the hut. 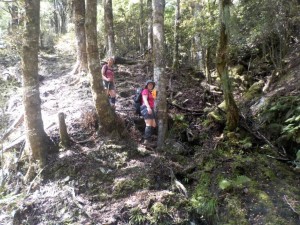 The Three Gorges is exactly that, plunging down worn, dry, stony slopes, into beautiful beech forest and finally a stream below, then climbing steeply up the other side. The track crosses a plateau through the forest before doing it all again, and again before finally reaching the track to Makino Hut. We had done that part of the tramp in just under four hours so were very pleased with ourselves, even going as far to say that it wasn’t as bad as remembered!

From the signpost, it’s another hour or so along Makino Ridge to the car park and back down the road to our vehicle. 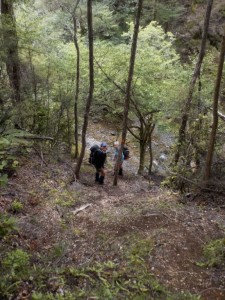 In all it had taken us seven hours, the last couple of undulations along Makino Ridge a bit testing for tired legs! But it had been a good day, the weather held out; the forecast rain didn’t arrive although it looked very stormy along the ranges, and the girls all had a great day out.

Editor’s note: This track between Middle Hill and the Makino Ridge track is also known as the Geriatric Track. I don’t know the history behind this naming, but it sounds good.

A year in the life of a GuideOn June 3, Graham Leech gave a presentation at the club meeting … END_OF_DOCUMENT_TOKEN_TO_BE_REPLACED

A year in the life of a GuideOn June 3, Graham Leech gave a presentation at the club meeting … END_OF_DOCUMENT_TOKEN_TO_BE_REPLACED