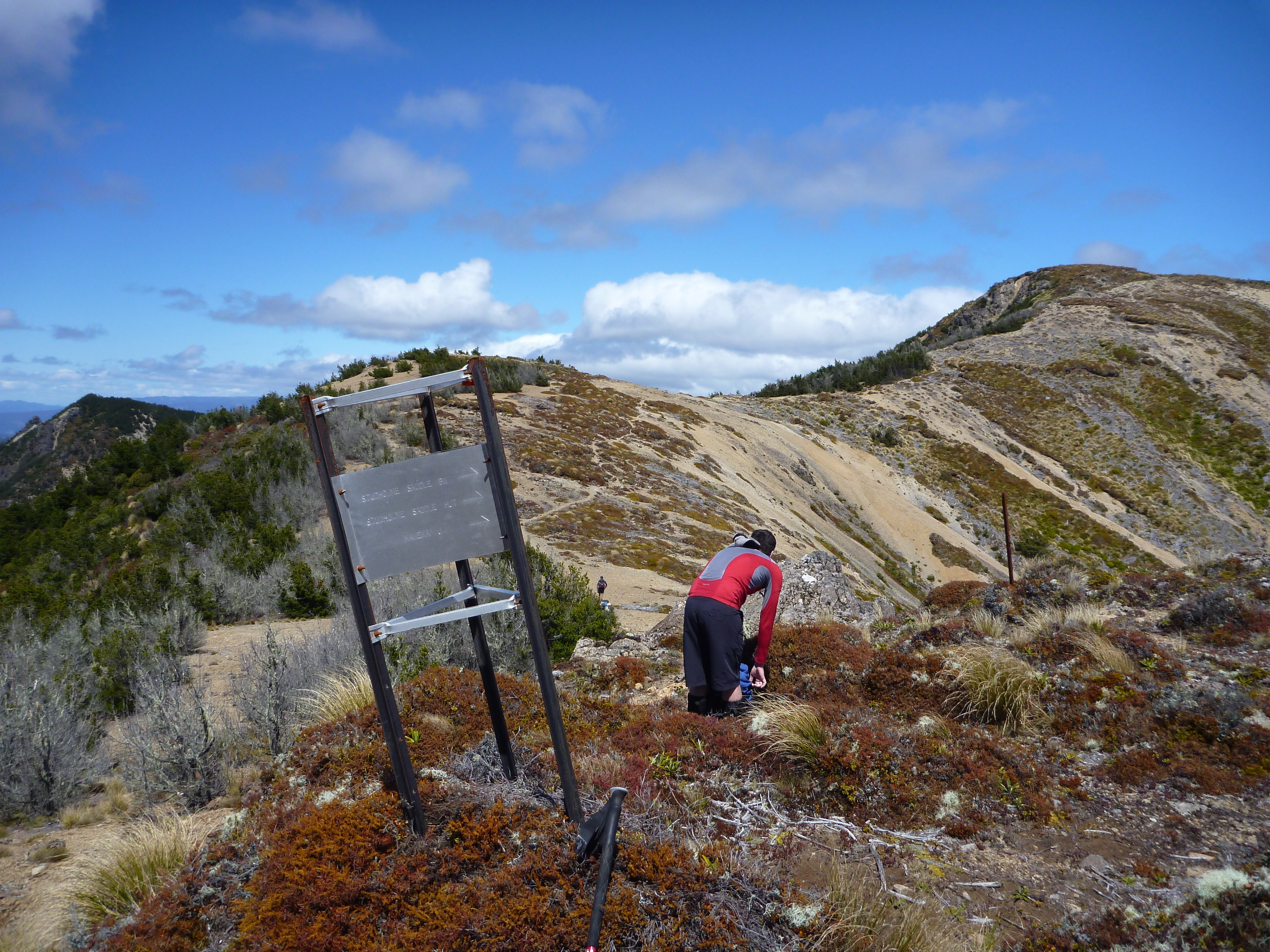 A full van-load of 12 trampers arrived at the Lakes car park for this tramp. The group split into eight doing the high level circuit and the other four doing either the lower circuit or other fossicking. The smaller group kindly took the van back to the Macintosh car park, as we decided to start from that end. This would avoid wet feet until the end of the tramp, and was also a route that several club members had not done in this direction. We normally go up Rogue Ridge and down Macintosh Spur. Fine weather and little wind made for a delightful day tramp. 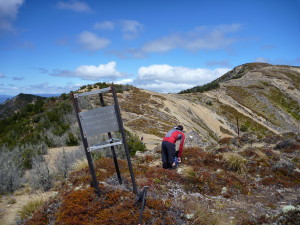 We re-gathered at Macintosh Hut, and had all met the lone trapper who had spent five nights trapping the area. The story goes that he got 100 possums in one day, and around 80 the next day. As there don’t seem to be any possum trap lines on this side of the Kaweka Ranges, we could well believe his story. There was also a noticeable amount of pig damage on the track. 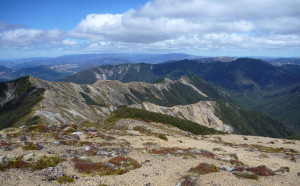 We headed up Macintosh Spur, with Chris keeping some minds diverted from the climb by telling them about her recent trip to Nepal. I had high-tailed it up, and had a good rest whilst waiting for the group. Colin searched for a good lunch spot, which proved to be on the lee side of the only bush cover on the ridgeline just past the Kaiarahi trig. It still gave us good views, so he got top marks.

After lunch, we continued along the ridge and stopped at the Rogue Ridge drop-off junction. We had met a lone hunter just before the Kaweka Ridge junction, who had shot a deer on the road into the Lakes car park that morning, so he was happy.

Before descending down to the Lakes car park, we savoured the views to the west of Ruapehu and Ngauruhoe. The pinus contorta is getting quite big on this track, and needs to be cleared from the upper section. Note to myself to contact the DoC field centre in Puketitiri.

Crossing the Tutaekuri was a hop, skip and jump. The last walk back up the 4WD track back to the car park is only 10 minutes, but seems to be longer. We all arrived back, and well done to the new club members who had not completed this track before.

Aranga Hut On Saturday 14 January the tramp was changed to a loop in the Northern Ruahine Range. … END_OF_DOCUMENT_TOKEN_TO_BE_REPLACED

Aranga Hut On Saturday 14 January the tramp was changed to a loop in the Northern Ruahine Range. … END_OF_DOCUMENT_TOKEN_TO_BE_REPLACED