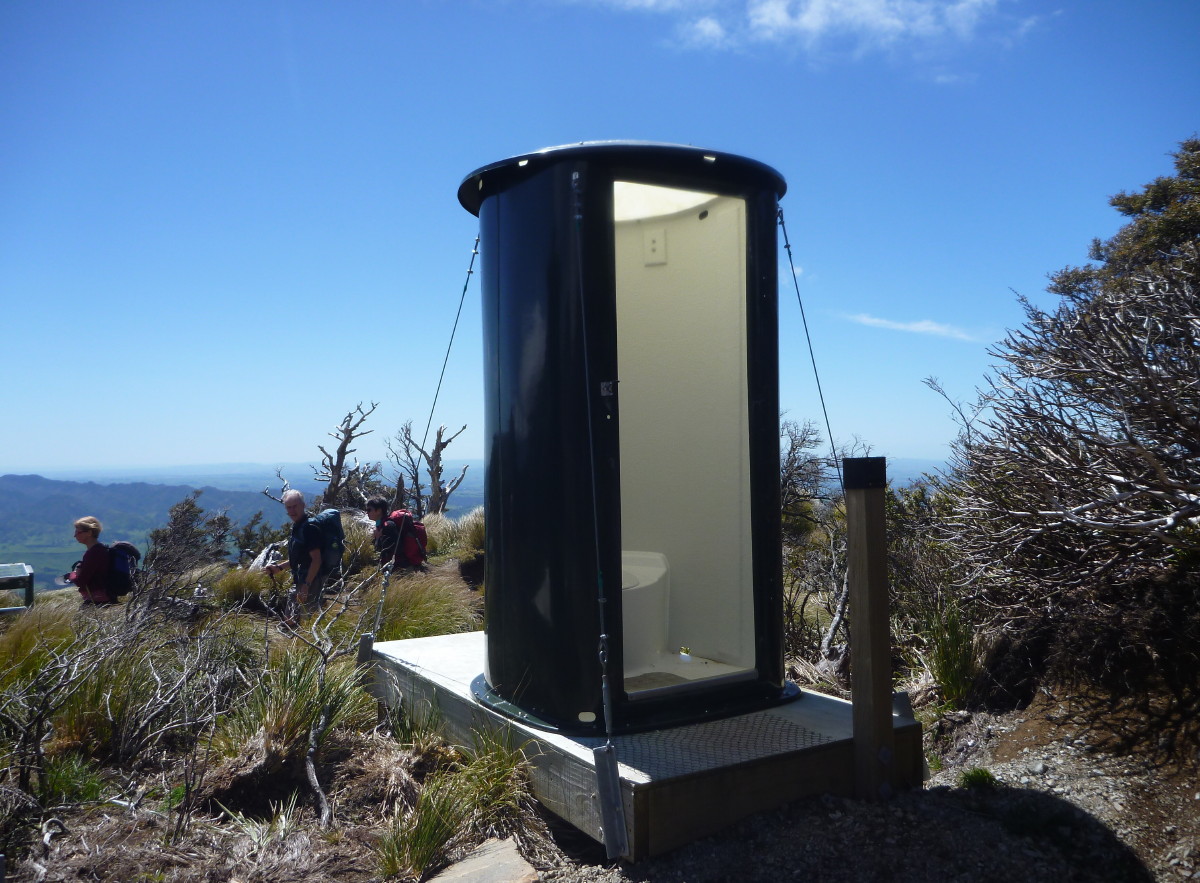 We were foiled again. For the second time in a few months, we have tried to get beyond Sunrise Hut, but the strong winds made getting along the ridge line to Armstrong Saddle impossible. Yes, the banner pix is one of the loos minus it’s door. The wind no doubt caused this damage.

So, we chewed the fat at Sunrise and then decided to go back via the Waipawa Forks track. This track junction is about 45 minutes from the hut and 45 from the North Block Road car park. The plan was to have lunch at Waipawa Forks Hut.

But when crossing the Waipawa River to get to the hut, Viv slipped on a rock and putting her hand down to soften the fall, she bent one of her fingers back to a 90-degree angle. Shock and pain set in. 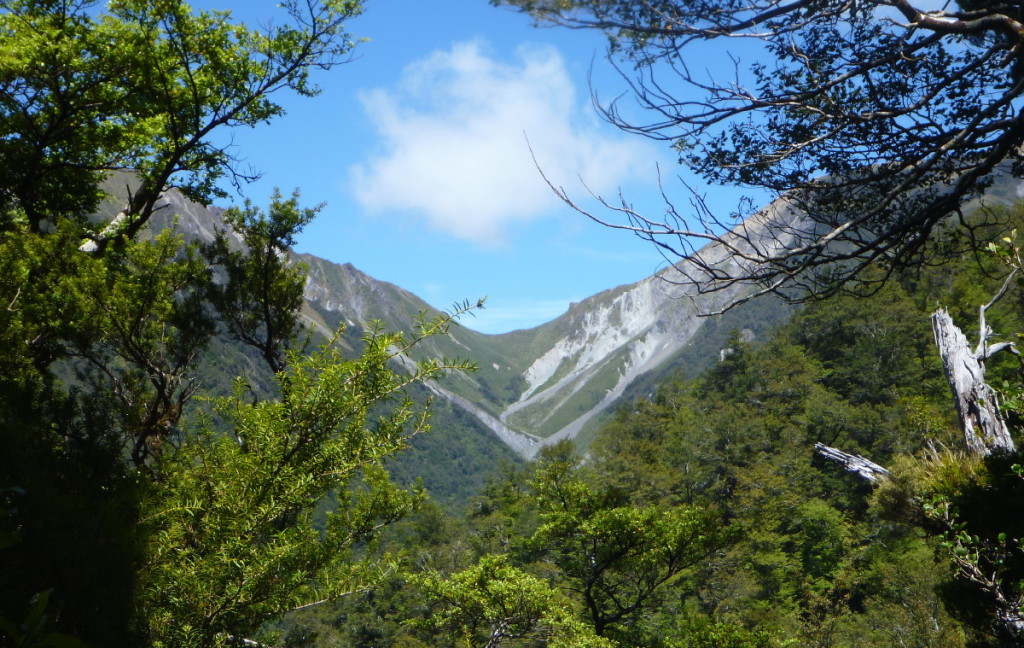 Waipawa Saddle glimpsed from the track to Waipawa Forks Hut.

Nurse Amy was able to straighten the finger and bandage it. We rested whilst Viv recovered from her shock a little, before we continued downstream. Lunch at Waipawa Forks was waived, but we continued to enjoy the warm day and cold Waipawa River. Halfway to the road-end, we stopped for lunch in the sun. We needed to keep ourselves fed and watered to ensure we did not add to the casualty list. For some, a dip in the river was a necessity.

On reaching the road-end, Les and I walked back to North Block Road car park via the road. The rest returned via the Swamp Track. It is well worth doing if you have time, as there are a lot of mature native trees along this track.

Gossie returned with the van (he had been to the Makaroro River for some reconnoitring).

After a stop at the Sawyers Arms before we returned to town, Viv was escorted to Hastings hospital by Amy and her injury was assessed as a sprain. She was lucky not to have a broken finger.

A year in the life of a GuideOn June 3, Graham Leech gave a presentation at the club meeting … END_OF_DOCUMENT_TOKEN_TO_BE_REPLACED

A year in the life of a GuideOn June 3, Graham Leech gave a presentation at the club meeting … END_OF_DOCUMENT_TOKEN_TO_BE_REPLACED