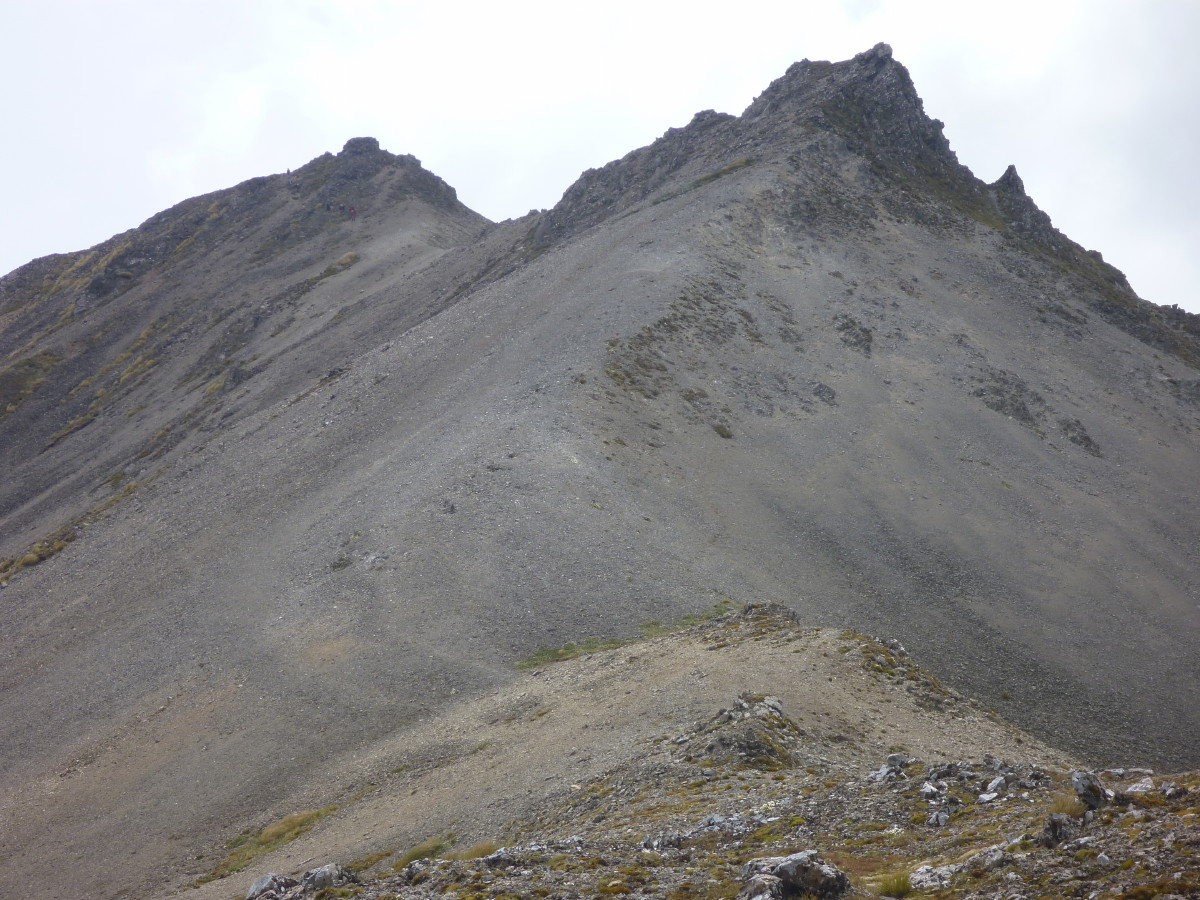 Despite prior moans about an earlier start, the club had to hire another van because we had 22 people leaving at 7am! We arrived at the Sunrise car park at 8.30am and “multiple choice” ensued. Some decided on Sunrise and back, others headed over to Waipawa Forks Hut and various tracks in between, leaving 11 of us to attempt Route 66. 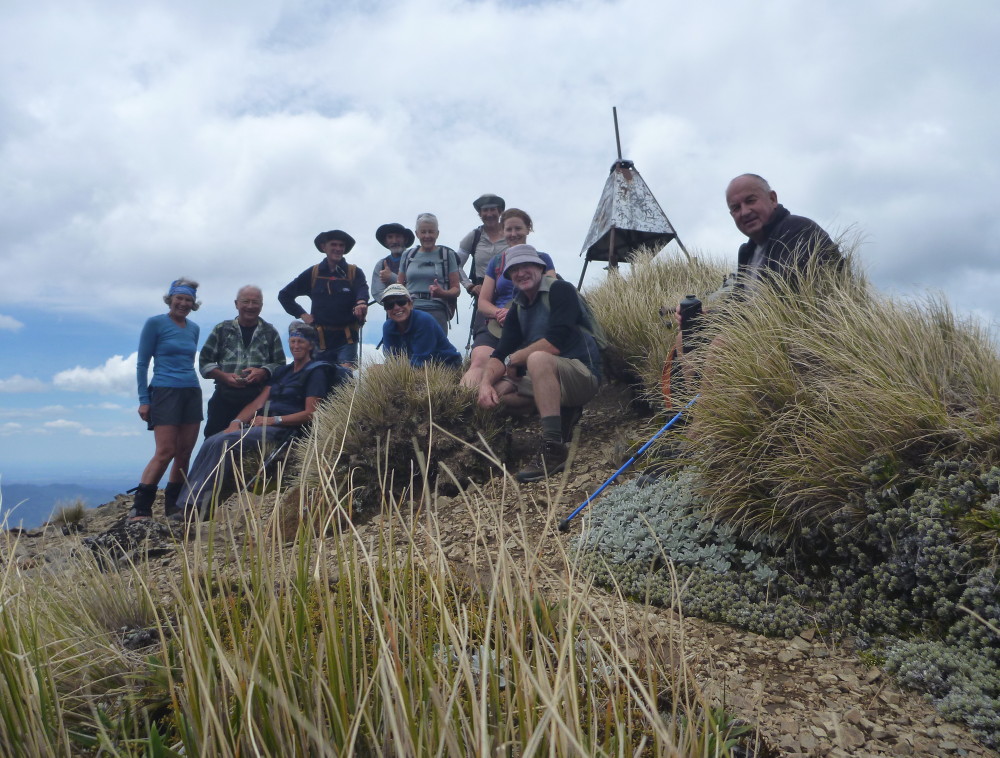 There was much debate as to whether the wind would prevent the full “round trip” so we headed off to Sunrise Hut, making record time. Jumpers on and over Armstrong Saddle, we pushed against the wind. Plan B was discussed. That was to go down the scree and onto the northern branch of the Waipawa River – but not until we had checked out the track marking that Julia’s brother had done. On we went, getting more breathless and wind-blown, until it got to the stage of no return.

The scree slope down from the trig rewarded the skiing experience of some and highlighted the need for good footwear and balance for the rest of us. 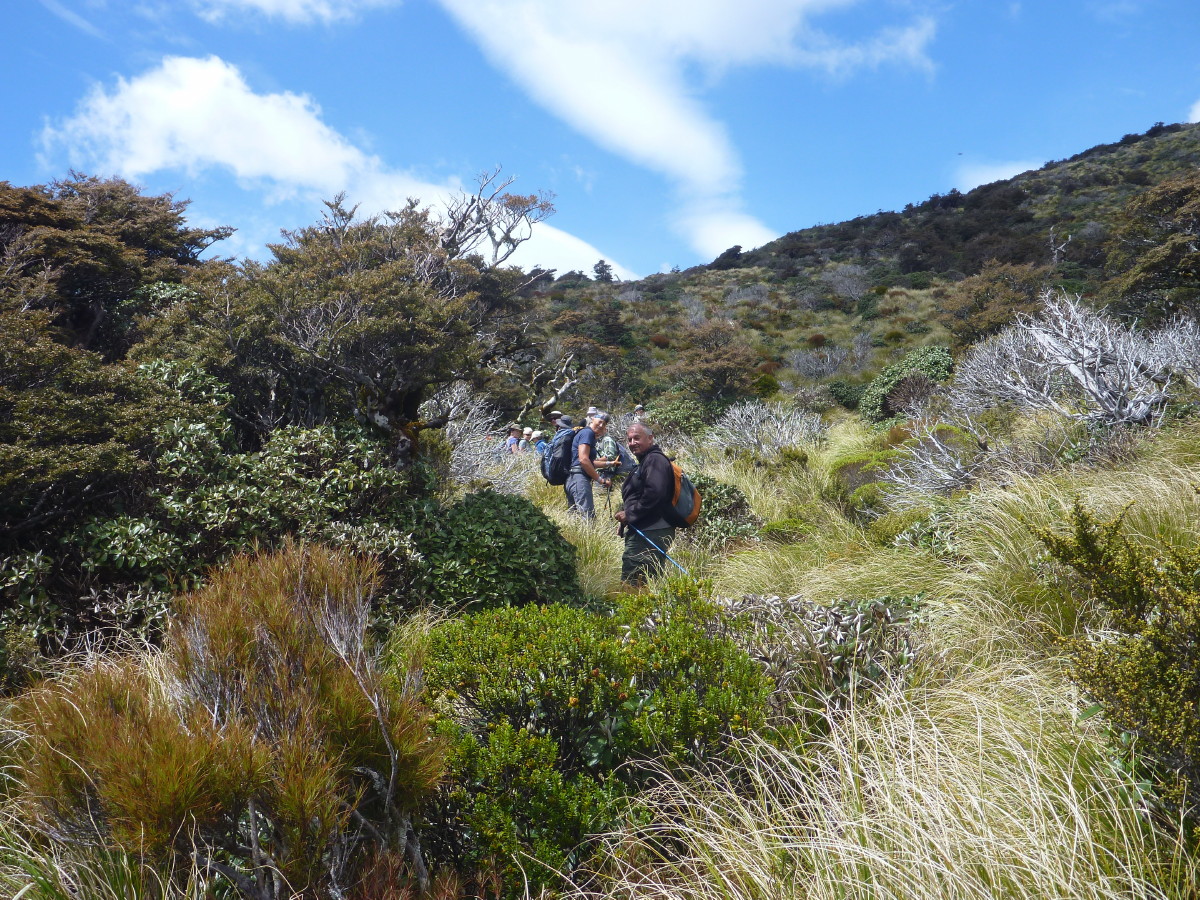 We had a third lunch stop at the Waipawa River fork and then a very pleasant walk down-river and up to the stile, arriving at 4pm. Ted, behind the wheel of the van, was there to welcome us and he kindly gave us a ride back to the car park where the others were waiting.

It was much enjoyed by all, with a sense of achievement that we had finally foiled the elements and overcome the testing terrain.

Left: The view north to the Mokai Patea Range. Right, The view south.

Thanks to the organisers and tour stage leaders.