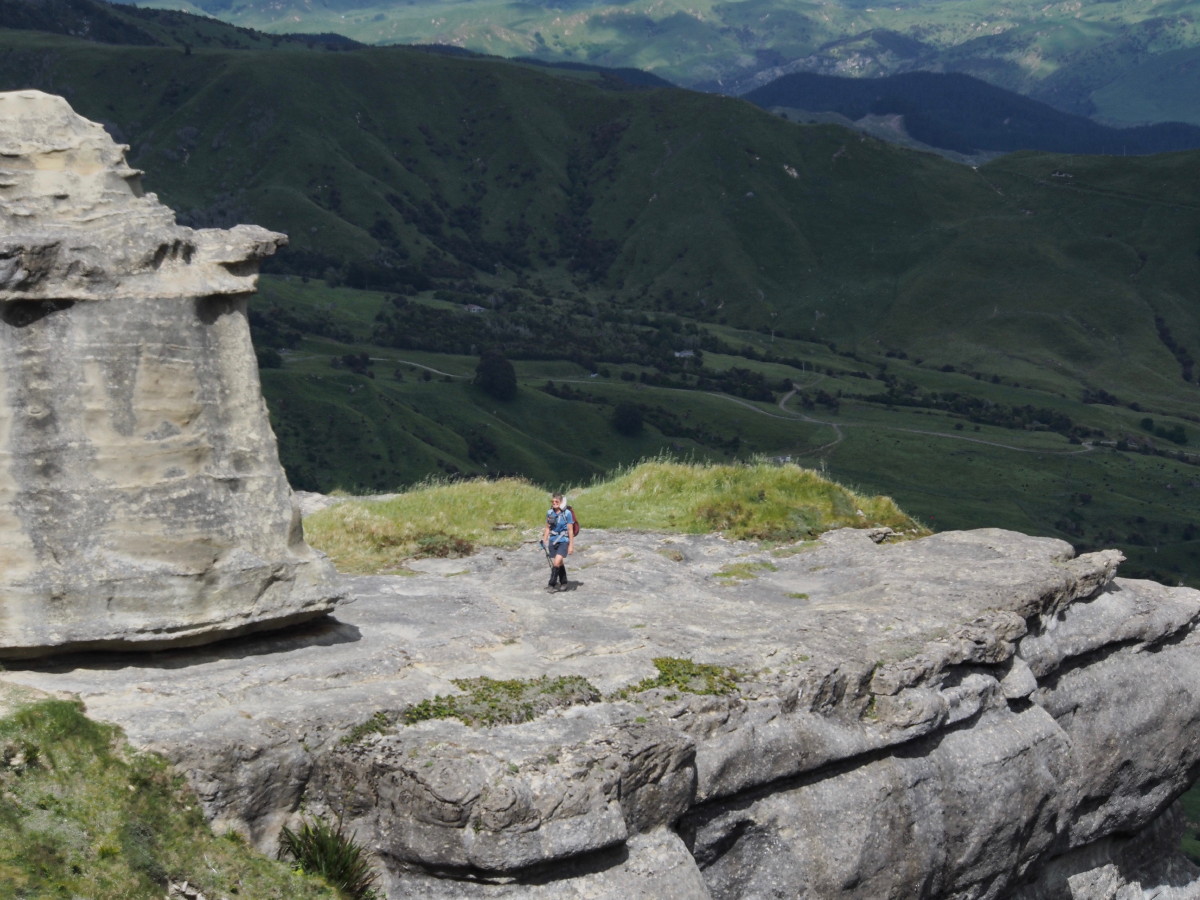 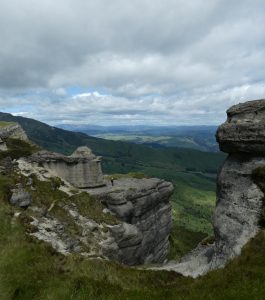 Earlier in the week, there hadn’t been much interest in the designated tramp via Rosvall’s track to Tarn Biv and no one on the list had been there before. So the call was made to change to an easier tramp and go to Bell Rock.

The change must have been popular; 12 people were booked to travel in the three arranged cars by Thursday evening. As it turned out, on the day we ended up with two more turning up but one came with a vehicle so there was room for all. The later start at 7.30am was appreciated by all at this busy time of year. 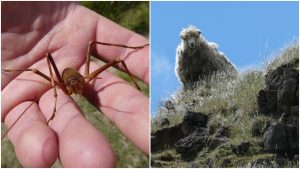 The weta and Shrek II

The weather was initially perfect, the birds were singing in the lower levels and we even saw weta in their “motels”. Sue G had decided that once up and down wasn’t enough of a challenge so she was going to get to the top, go down via the road-end track, then up and down the bush track again!

The rest of us had a more leisurely pace but still managed to get to the tops by 10.45am. There were a few who hadn’t been to Bell Rock before and were amazed by the rock formations and the views. 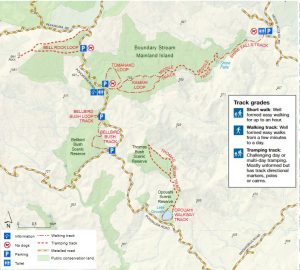 The local tramps near Boundary Stream

Unfortunately a cold wind had sprung up so we didn’t linger too long. We had decided that getting back to Napier at lunchtime wasn’t what we wanted so a decision was made to have another tramp. We stopped at the Boundary Stream car park and did the Kamahi loop track.

The cold wind and threatening showers seemed to disappear, which made for an enjoyable tramp in the bush. It was a bit more of up-hill-and-down-dale so had the required effect of feeling that we had now had a good day’s walk.

Thanks to Sue M, Simon H, John B and Colin J for providing the transport.