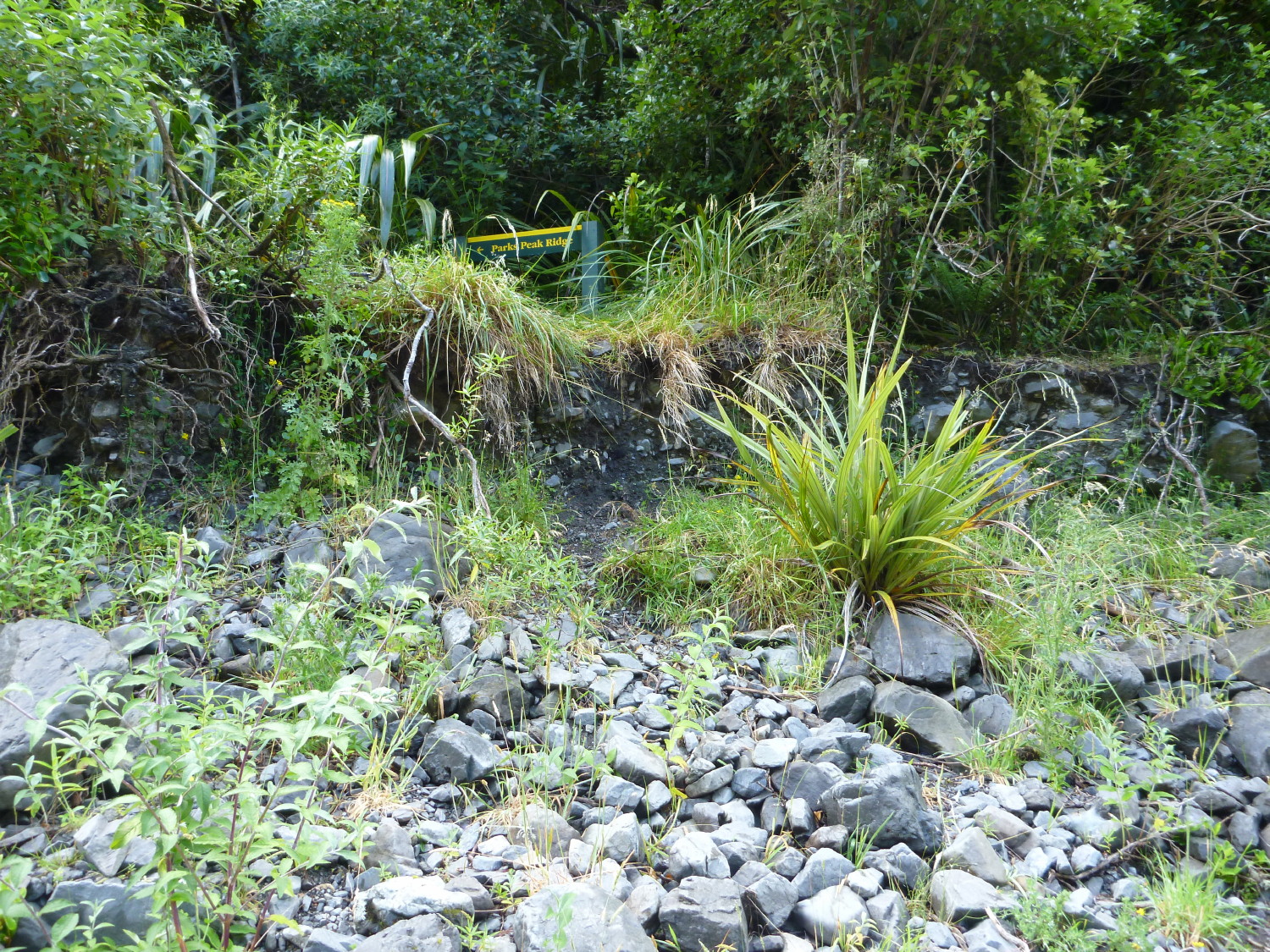 This is the case of the disappearing track. The scheduled loop tramp is a favourite of the club, and so 21 keen trampers arrived at the end of Wakarara Road, at the Yeomans Historic Mill site. Some opted to ford the Makaroro River in their sandals or river shoes, before donning their boots for the ascent up the Parks Peak track. The track has recently been given a scrub cutter treatment, which has made it extra-wide. We all tramped at our own pace, and caught up with each other after our respective breaks. The weather was cool in the bush, but it was forecast to be hot day. 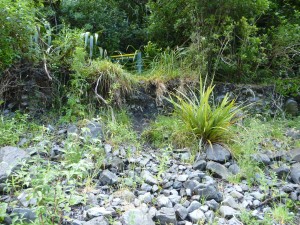 But what track? On the now-defunct 260 Topomap U21 (Kereru), the track is marked from a turn-off on the Parks Peak track, and descends down to Barlow’s Hut on the Makaroro River. But it’s not shown on the new Topo50 maps. So, to aid those who look after groups tramping in the area, I took a GPS reading at the junction of the Parks Peak track being 773/994 with an elevation of 1196m. At the Barlow’s Hut end of the track, the GPS reading was 753/991 with an elevation of 548m. The track emerges from bush on the Makaroro River, 50m upstream on the true left of the river from Barlow’s Hut. There is no big orange triangle, only a sign for Parks Peak Ridge, which is easy to miss.

We arrived at Barlow’s Hut for lunch, and a stretch out in the sun. A few of us lay on the helipad, but there was a whiff of dead deer nearby. 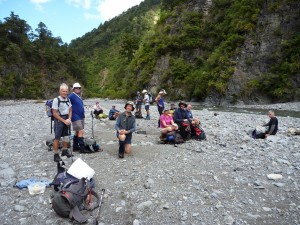 After our lunch break, we had a good easy walk down the river. It is 30 minutes downstream to the turn-off up Colenso Spur. We ambled the next hour to reach the confluence with Gold Creek, where we regrouped. The last 30 minutes were a bit tedious but the sun was warm, and the wind light. In all from Barlow’s Hut, 2 hours, 10 minutes.

A year in the life of a GuideOn June 3, Graham Leech gave a presentation at the club meeting … END_OF_DOCUMENT_TOKEN_TO_BE_REPLACED

AGM, 20 May 2021 At the AGM the following committee was elected (see also the 'Contacts' Page on … END_OF_DOCUMENT_TOKEN_TO_BE_REPLACED

A year in the life of a GuideOn June 3, Graham Leech gave a presentation at the club meeting … END_OF_DOCUMENT_TOKEN_TO_BE_REPLACED

AGM, 20 May 2021 At the AGM the following committee was elected (see also the 'Contacts' Page on … END_OF_DOCUMENT_TOKEN_TO_BE_REPLACED