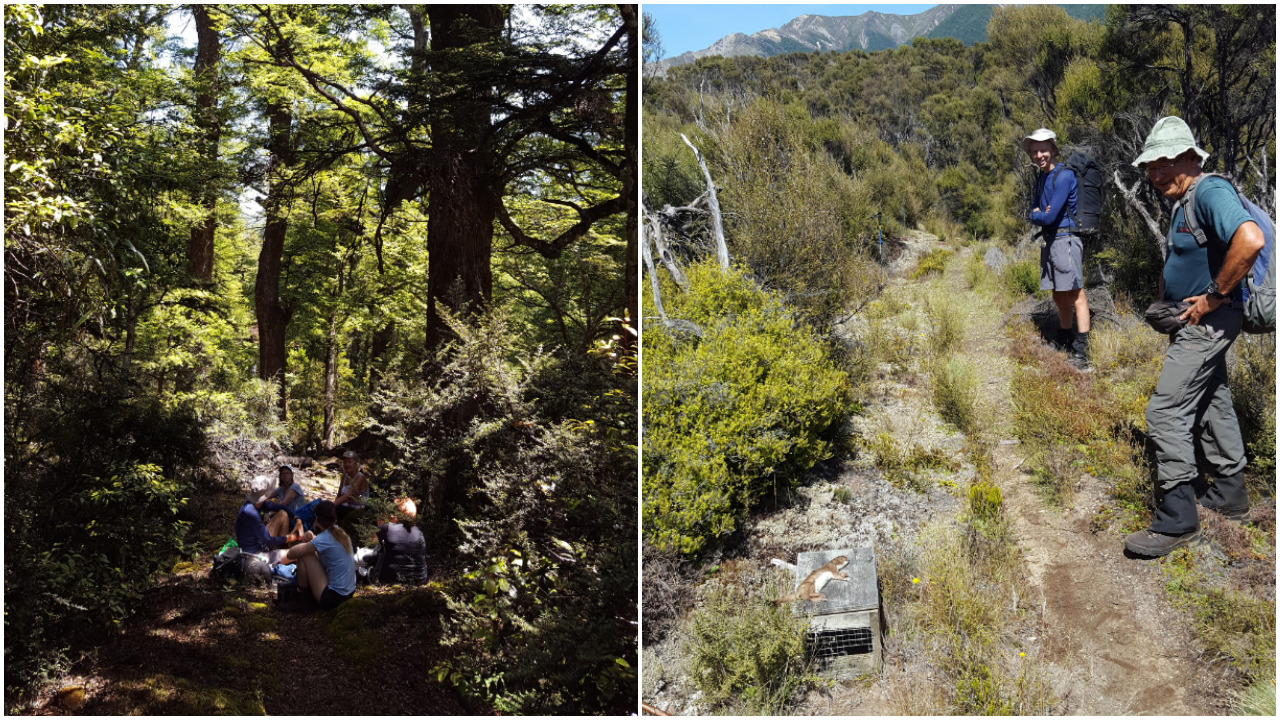 We left Park Island at 7am on a foggy morning with a full vanload – 12 trampers in all, including five “newbies”. Initially it was thought that John Dobbs would be the lone male but he was joined by Geoff and Barry.

The foggy conditions lifted and we were in for an extremely hot, sunny day. We arrived at the Middle Hill car park, Makahu Road at around 8.30, had a team briefing from John and then set off. It was a pleasant walk alongside the Mangatutunui stream, across the bridge and then into the climb up to the ridge. We had frequent stops to ensure everyone was still in their comfort zone. 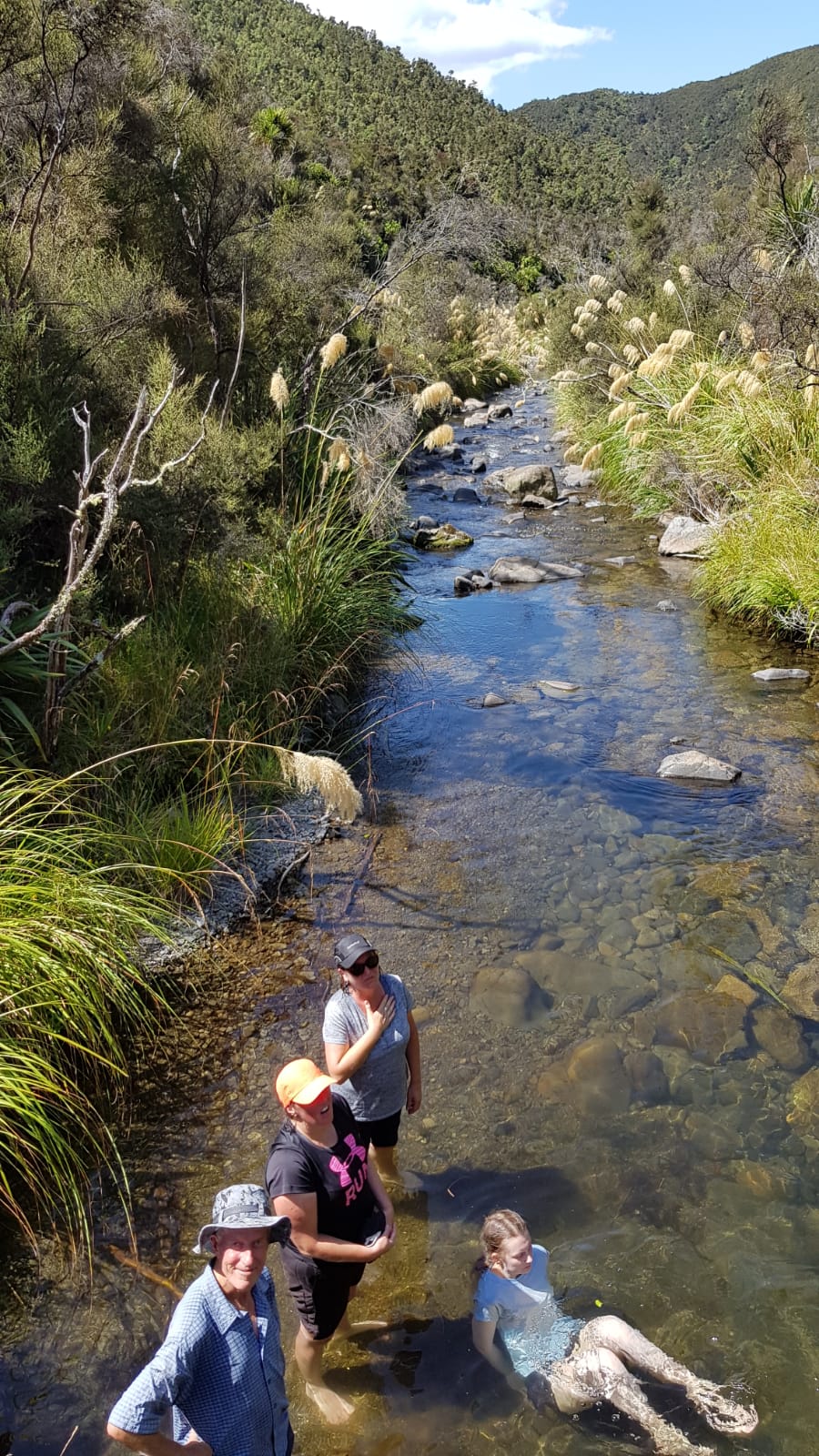 The hot day required a dip in the Mangatutunui Stream

John identified some of the flora and fauna for the newer people (such as pointing out juvenile cabbage trees, native pepper leaves, putaputaweta, identifying the screech of the long-tailed cuckoo and so on). There was quite a lengthy morning tea stop at around 10.30 and then we continued on to Middle Hill hut. It was remarkable how deafening the sound of cicadas is at this time of year Geoff and Barry brought up the rear, checking the traps and disposing of the odd dead stoat.

We reached Middle Hill Hut before midday for a hydration stop then continued on to Camp Spur. It was at the point where the track branches to the right up Camp Spur to Whetu that we split into two groups with six of us deciding to return to Middle Hill, whilst the other six wanted to continue on (the original plan had Makino as the destination, but we didn’t get that far).

Our group lunched under glorious beech trees and had a lively discussion about the royals – Megxit, Randy Andy and Prince Phillip’s philandering ways. We were joined by the other group who’d decided there was not enough time to reach their goal so they’d turned back not long after leaving us.

Back at Middle Hill Hut, we caught up with Phil (from the overnighters) who had suffered an injury and was heading back to town. Fiona gallantly swapped packs to lighten his load, and Barry went back to town with him in the car. 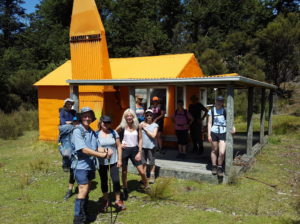 On such a sweltering day, it was nice to be in the shade of the bush going through a sea of lush ferns. But out in the open, there were issues with sunscreen from sweaty brows stinging eyes. Back at the stream, we caught up with Hannah, John, Cherie and Sue cooling off, so soon ditched the boots and joined them for a refreshing, impromptu paddle!

We headed off for home at 4.20 and were back at Park Island around 6pm.

Aranga Hut On Saturday 14 January the tramp was changed to a loop in the Northern Ruahine Range. … END_OF_DOCUMENT_TOKEN_TO_BE_REPLACED

Aranga Hut On Saturday 14 January the tramp was changed to a loop in the Northern Ruahine Range. … END_OF_DOCUMENT_TOKEN_TO_BE_REPLACED