It was supposed to be a fantastic weather day for tramping. The aim for the majority of the group was to reach the top of the Ruahines from Sunrise Hut and travel north over the tops until the eventual drop-off via the Sparrowhawk track.

Three of the team didn’t have the time (or perhaps inclination?) to tackle such a long trip so opted for a shorter version of getting up as far as Top Maropea Hut, then back to the car park. They kindly offered to transport the van round to the drop-off area, mid-afternoon. That was fantastic as otherwise we would have had to split into two parties, tackling the crossing from both ends.

The trip up to Sunrise Hut was managed fairly quickly in anticipation of the long day ahead. 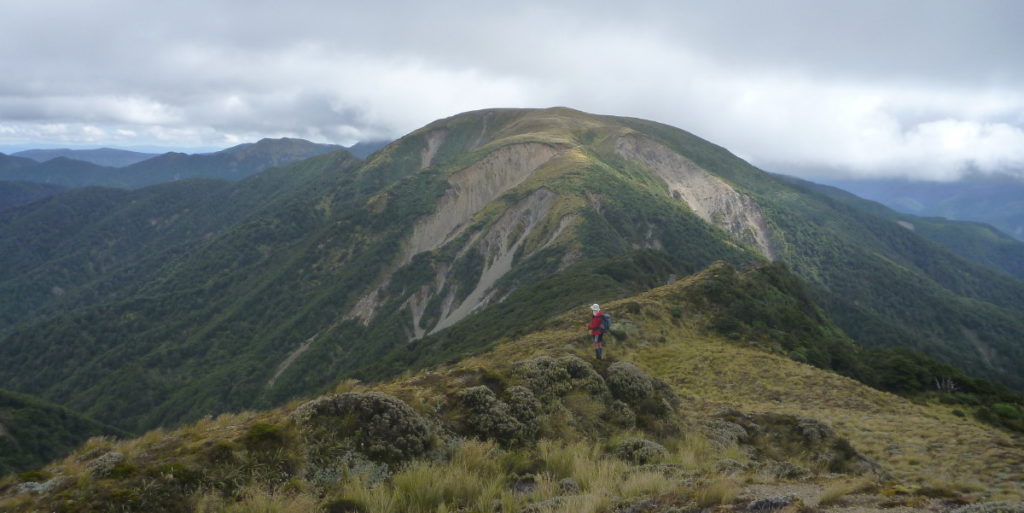 Amazingly, at the top it was almost white-out with no views. However, once you poked your head over the back and up over the Armstrong Saddle, it looked as though it was clearing. The decision was made to carry on in anticipation of clearing skies according to the forecast. This turned out to be accurate and the weather couldn’t have been better. There was enough cloud cover to make the temperature OK instead of the searing heat that Hawke’s Bay had been dishing up in the days beforehand. However, we still had plenty of visibility and views that were amazing from up the top.

There was no track as such, so it was a route-finding experience for the party. This was fine along most of the ridges. There were a couple of occasions where we had to go through bush which included the dreaded leatherwood. However, some previous trampers had left tape marking some of the route in those places and it made the process easier than had been anticipated. Three of our party also had saws which were used to make progress at times.

We eventually emerged from the bush to have lunch with good views of Maropea and the surrounding areas. We were fairly high at that stage, so it was great to see a falcon which swept past quite close overhead while we were eating. 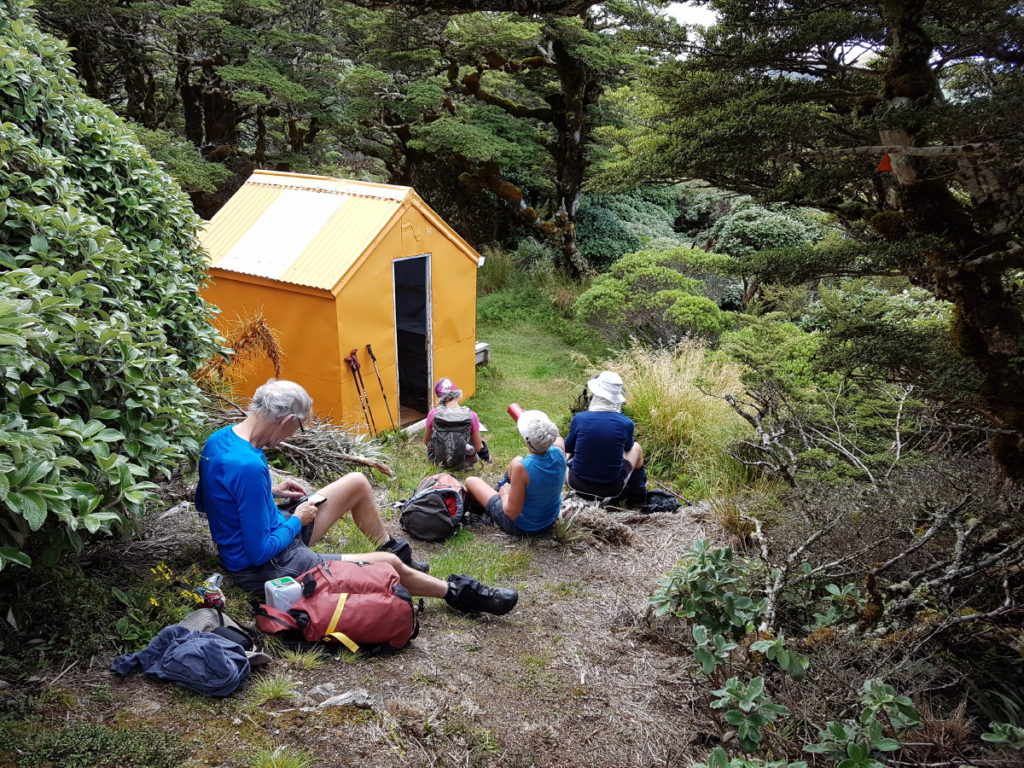 The final break before heading down to Gold Creek

There were a few more “undulations” after lunch when we crossed the high point and made our way down to Sparrowhawk Bivvy , stopping there for another snack. From that point, it was steady downhill, followed by severely downhill on the Sparrowhawk track. At one point towards the end, we came to an area where there must have been a tremendous slip during the August storm. You couldn’t stay on the track as it had been undercut to the point where staying would have meant falling hundreds of metres down a cliff-face. Instead, we had to drop down the side of the ridge, hold on to the trees and get past the obstacle, eventually joining back up with the track a bit further along. 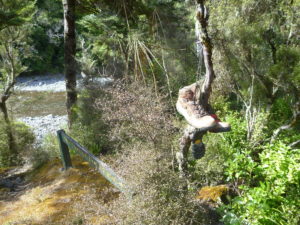 Eventually we all made our way safely down to the Makaroro River and back to the van. We reached Napier about 6.45pm, so there were some tired but happy trampers that night.