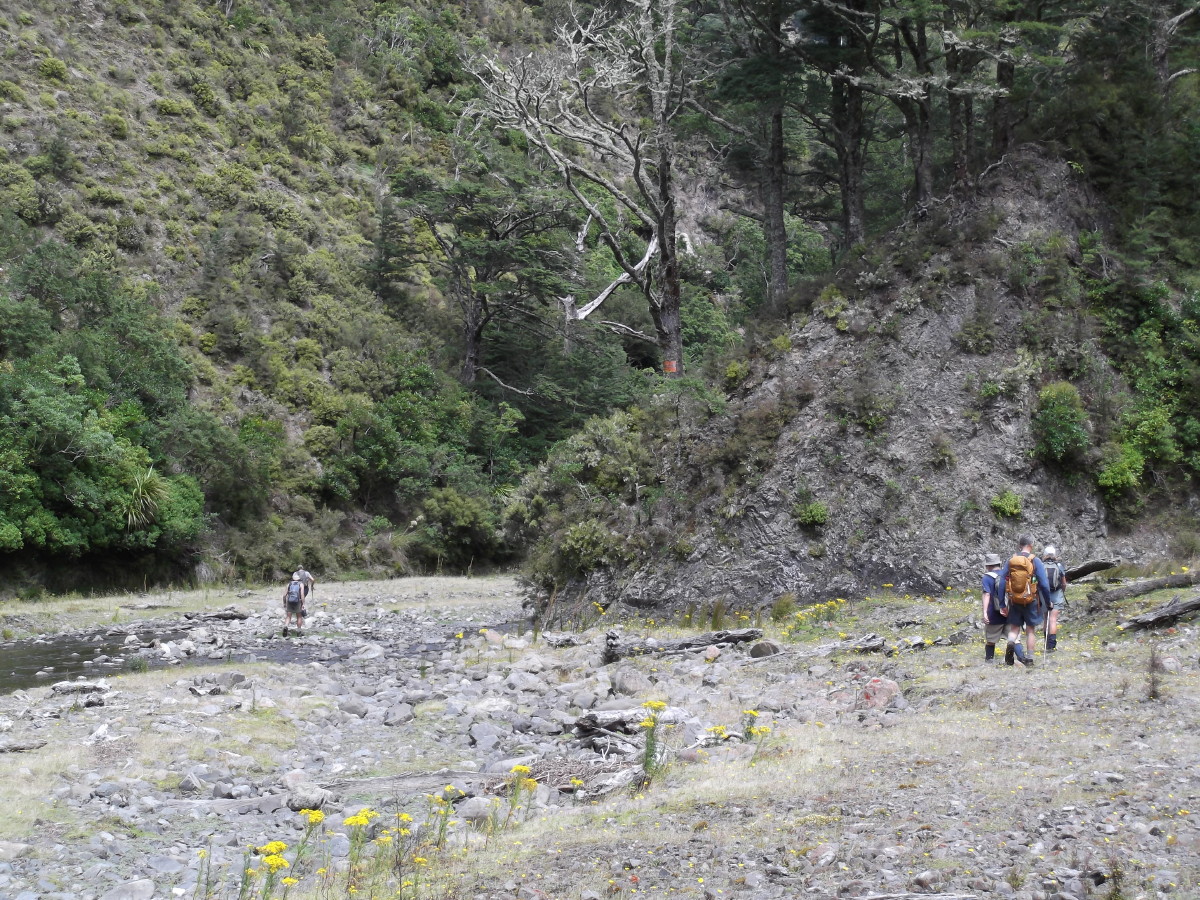 A vanload of 11 intrepid trampers left Napier on what was a cloudy day (hopefully promising rain on its way). We arrived at the DoC car park near the end of Ngamoko Road after a brief comfort stop in Norsewood at about 9.15, and quickly split into two groups; those who intended going the full circuit and those planned to go only so far up the Apiti Track.

The larger group of seven led by Ted headed off on a meandering track through grassland and into shrubbery, slowly climbing and making our way around a hill, then along a small ridge with views in both directions. We looked down to where the Manawatu River catchment area begins. There are many pepper trees in this area and in places they covered entire hillsides, giving them a brownish pinkish colouring.

Higher up and into the bush proper, there were quite a lot of fallen branches small and large, though easily got through and around and sometimes removed. We came across a few minor slips along the way but these were easily negotiated. 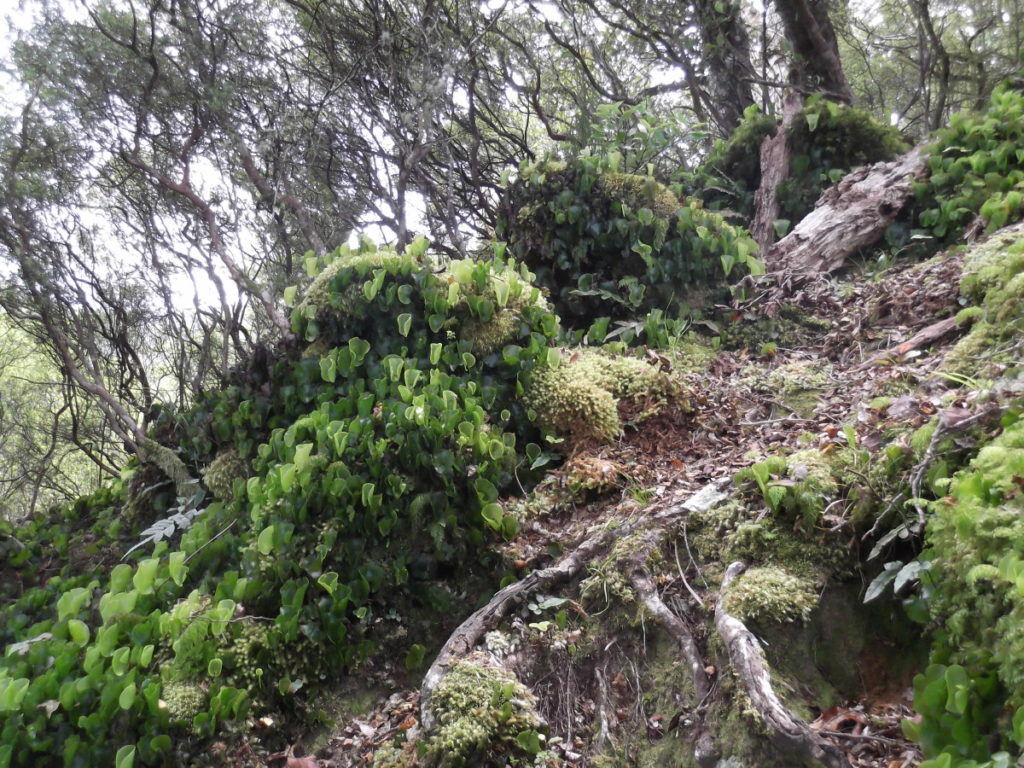 The kidney ferns, feeling the heat

It was relatively easy walking, with only minor ups and downs. We arrived at the first track junction at about noon. It’s not shown on the latest maps but the right hand track leads to Makaretu Hut. We decided to carry on the the second junction before stopping for our 20-minute lunch break. This was our halfway point, with another three hours to go. The right hand track leads to Leon Kinvig Hut and we took the left hand one towards Cattle Creek Hut and the river.

A feature of the last section – up and along and eventually down to the Mangatewainui River -was the moss underfoot which gave a spring to our step. There were many colonies of kidney ferns which were a bit curled due to the dryness, and some good-sized beech and rimu trees. It was great to also see a lot of young rimu, too.

Once at the river, it was a pleasant stroll down and through it, with no big stones to slow us down. A few small but pretty waterfalls were spotted along the river edge.

Some of us had a dip in one of the last pools in what was a very low river.

The sun had decided to come out in strength as we travelled down the last section and it was getting quite hot as we came up from the river and onto the farmland. We were pleased the other group of four had brought the van closer to us, cutting the final leg by 3 kms.

Although a long day of six hours walking and around 20 kms (according to Rosemary’s Fitbit), it was not an overly demanding tramp. The time taken justified a stop for ice creams and liquid refreshments at Norsewood. We arrived back in Napier at 5.30.