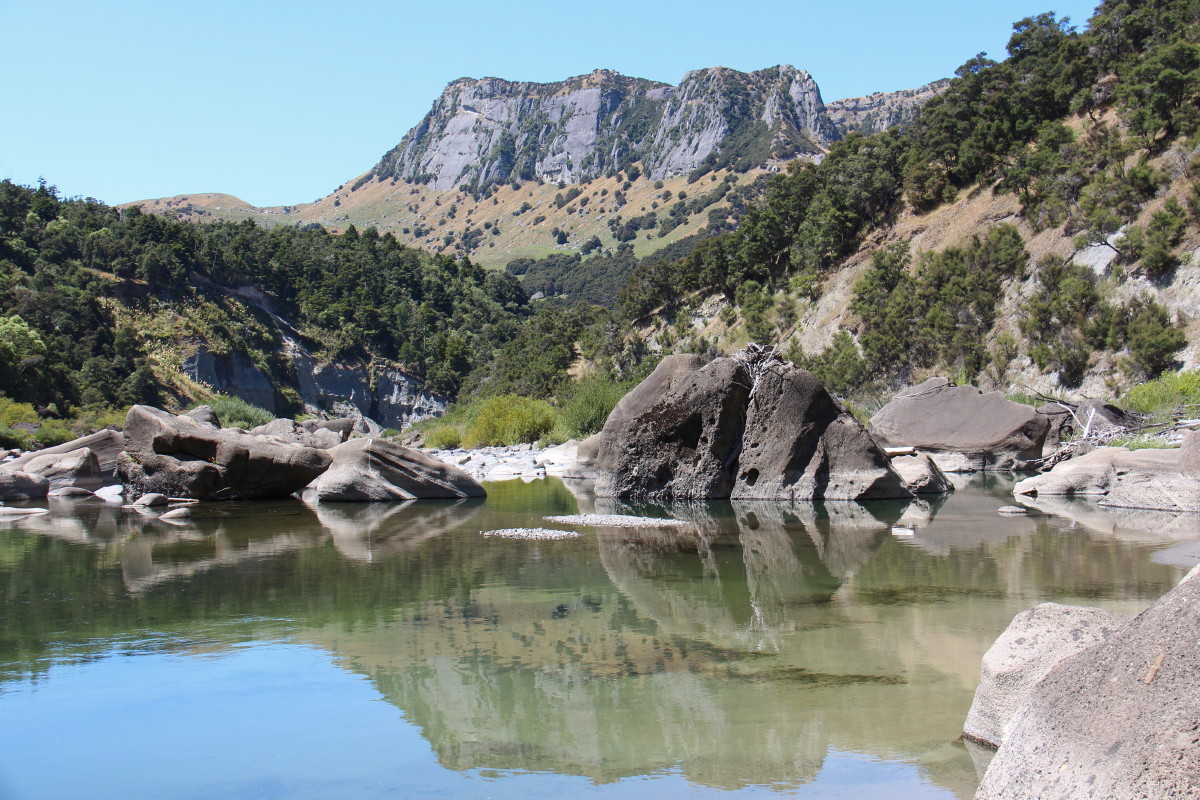 Fifteen arrived at Waitere Station on a clear, still and warm morning.

Ken R, Vic B and John M took the two vehicles to the airstrip where they began their day’s adventure, exploring below Kingma’s peak, an amazing valley protected between two gigantic limestone walls towering above like cathedrals.

The remaining 12 quickly walked from their drop-off point on farm tracks to the Mohaka River. Access to the river is becoming harder as more riverbank is being colonised by blackberry and gorse. Also, compared to from previous walks, the change in river course made it difficult to walk in many parts. This forced the group to return to higher ground until they could get better access to the river bank. Unfortunately this meant missing the gorge with its many geological fossil features in the rocks and waterfall. 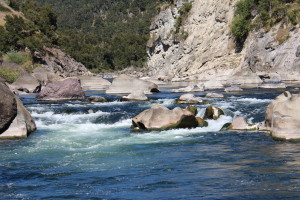 The Mohaka River is wide and swift-flowing, with rapids and large limestone rock features along the river walk. After lunch, the group scrambled over boulders for a while before stopping in a calmer section of the river for a quick, cool dip.

The group left the Mohaka after this and ascended over the farm on a new vehicle access. Large areas were newly fenced for QE II covenant bush regeneration, which also had new vehicle access. After an hour’s walk to the stunning valley below Kingma’s Peak, we stopped in some shade and had views of the Mohaka River, Te Kooti’s lookout and the Kaweka ranges. Another steep ascent to the top of the valley had the group finish the day’s walk at the airstrip, meeting up with Ken, Vic and John. 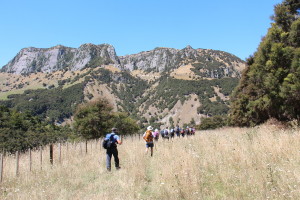 The trail leads up the limestone canyon

A very warm day’s hike – but everyone was rewarded with good company, wonderful views and a fabulous river, as yet unspoilt.