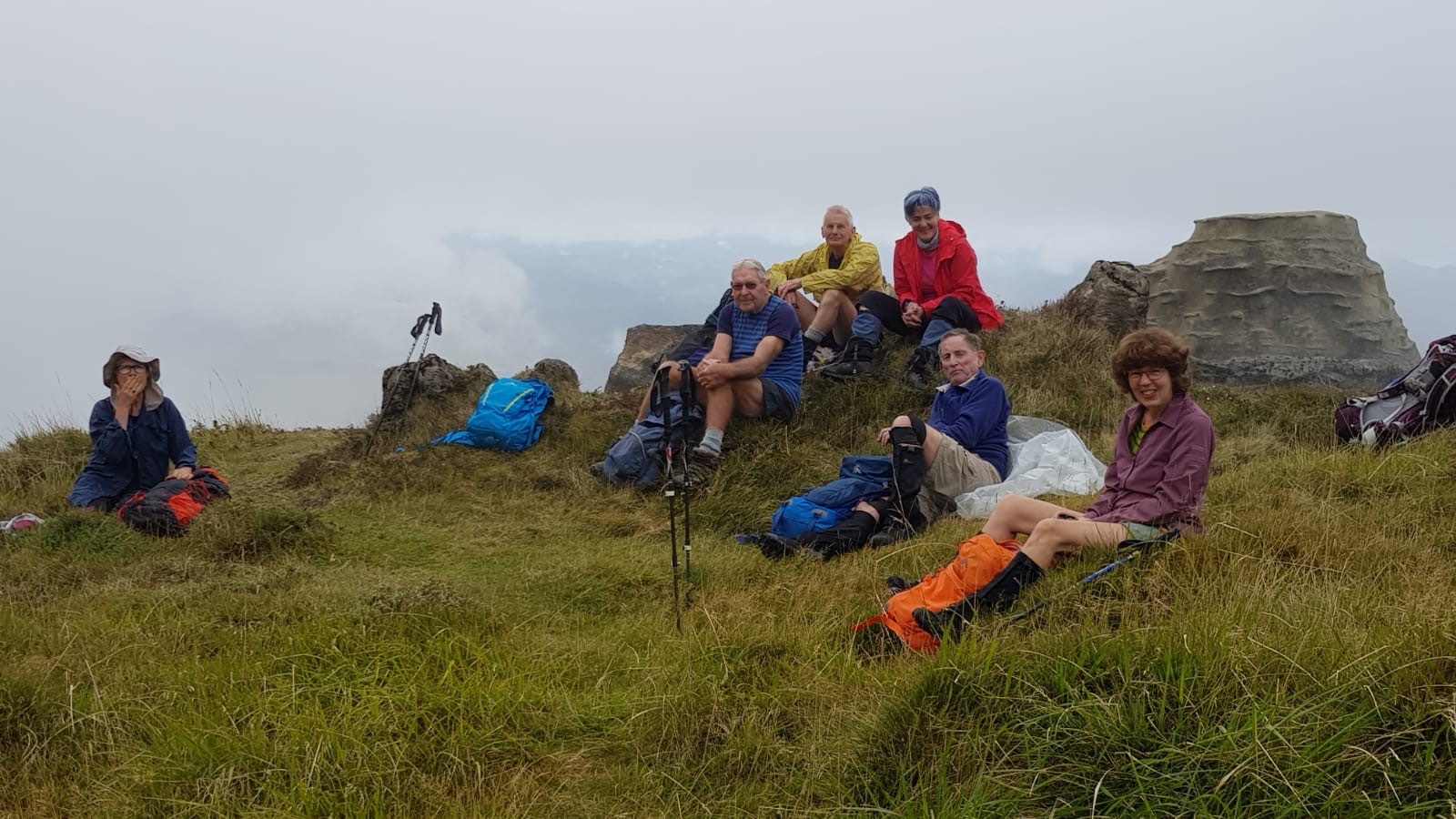 Bell Rock, Kaka nursery enclosure and Lake Opouahi – all in one day. Eight of us met at Park Island, leaving a tad earlier than usual and arriving at the start of our walk to Bell Rock by 9am.

Driving along Pohokura Road, we were lucky enough to have a demonstration of sheep dogs at work. One of the lambs was fortunate enough to have a ride in the cab with the drover, as it was clearly struggling. There were multiple rabbits and a number of harrier hawk busy on the gravel road.

It was an easy walk up to Bell Rock; it only took us an hour to reach our destination. The birdsong was plentiful, so DoC’s trapping system seems to be working – although later on, we did see a weasel scuttle across the road in front of the van on our way down to Opouahi. The weather, although cloudy, cleared enough for us to enjoy some wonderful views over the ranges, but the Taraponui high point was completely clagged in. 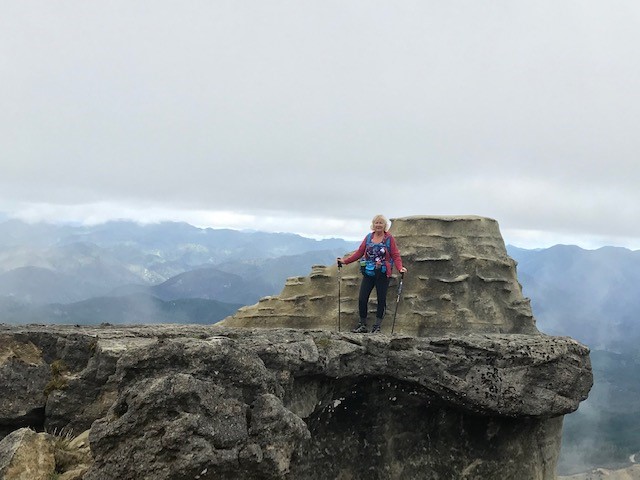 We had a quick morning tea at the ‘Rock’ as the cloud started to come in, and we decided to make a move too, just in case the forecast rain caught us out.

We headed back to the van along the ridge track, and our first glimpse of the predator-free fence and the seabird enclosure.

Then we headed back down the road to the Boundary Stream shelter for lunch. We checked out the kaka enclosure – but there were none to be seen. After lunch we made for Lake Opouahi. Some of us walked around the lake; Ted collected seeds; and Vic had plans of his own.

Soon it was time to return home, but not before stopping for the obligatory ice cream at the Tutira Store, arriving back at Park Island at 3.30.

A big thank you to Lynette for arranging the tramp and keeping track of us all. Also, an equally big thank you to the Musketeer (aka Ted), who provided us with the history of the area and was involved with the development of it. A fun day out, with a great group of people.

Aranga Hut On Saturday 14 January the tramp was changed to a loop in the Northern Ruahine Range. … END_OF_DOCUMENT_TOKEN_TO_BE_REPLACED

Aranga Hut On Saturday 14 January the tramp was changed to a loop in the Northern Ruahine Range. … END_OF_DOCUMENT_TOKEN_TO_BE_REPLACED