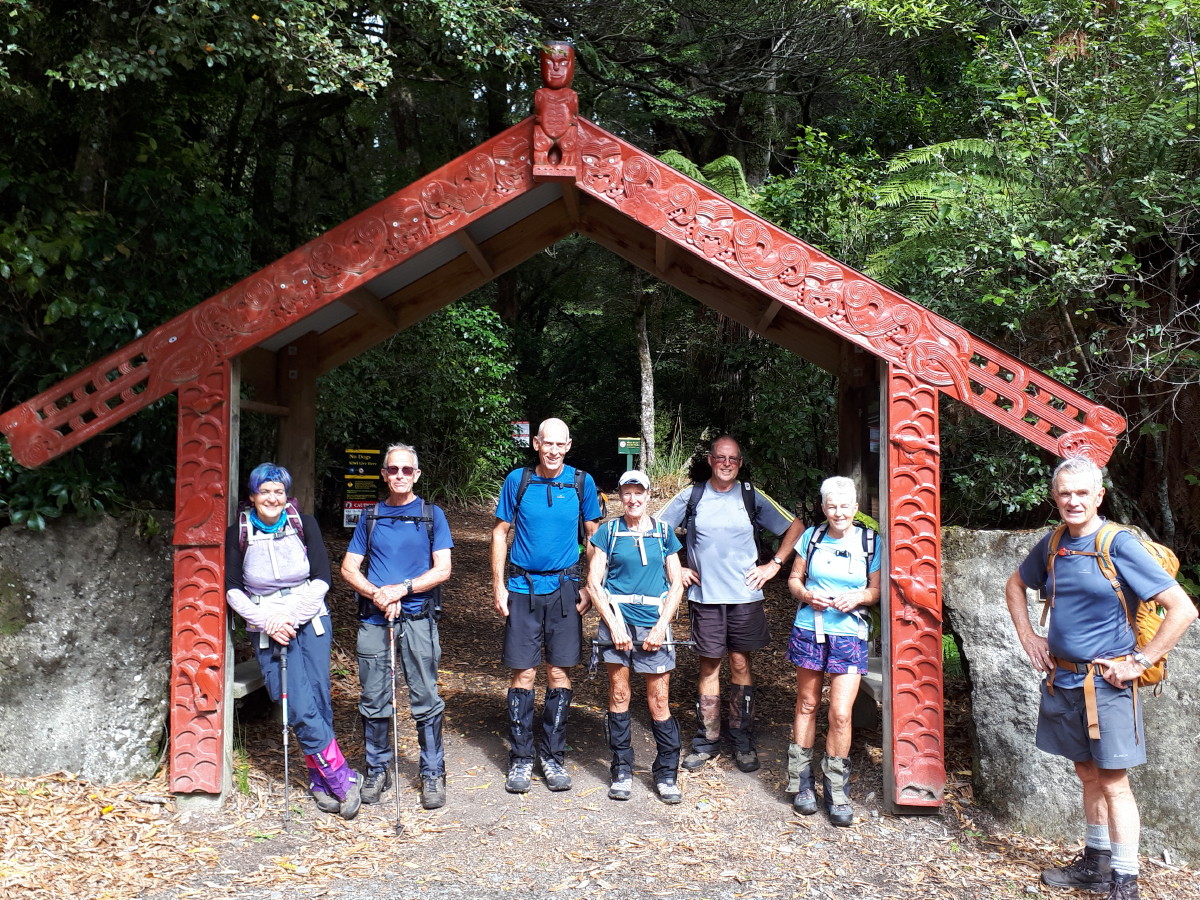 Boundary Stream, Shine Falls, Wednesday 31 March, 2021
Banner Photo: Some of us in front of the track shelter area on Pohokura Road

A forecast for showers did not eventuate, which was a bonus. The team of 13 (no late defections) meant we included Hilary’s car plus the van. This enabled some to either walk away one way or do loops from the Pohokura Road ‘top end’. Eight set out from the Heays Access Road lower end for a there-and-back trip of around 15km. 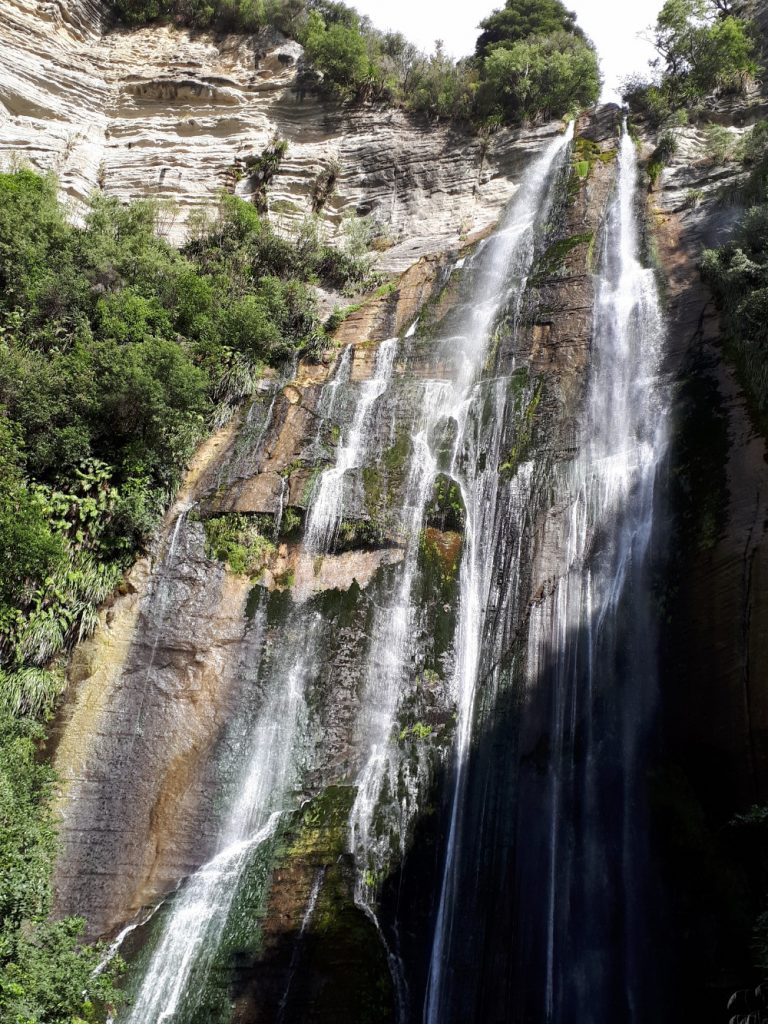 First up of course, the impressive Shine Falls waterfall, which is the highest in Hawke’s Bay. Then a steady uphill section and into the depths of the forest. The intensive trapping programme within the sanctuary has paid off, with the constant delight of native birdsong, curious robins every time we stopped and luxuriant bush throughout. At times the rewarewa was so thick I’d have to say it is definitely the densest of this species I’ve encountered anywhere. A bit damp in places and the amount of rewarewa leaves made the good track a tad slippy.

Some useful information on the Rewarewa

A group photo in front of the giant matai tree on the Kamahi track section was called for. Before long, we popped out at the Pohokura Road car park and although it was barely 11.30am, an early lunch at the shelter was agreed on.

Then it was time to return, this time taking the left turn along the Kamahi track section, which affords several good lookout points out across the deep valley to the farmland beyond. The general trend on the return is downward, although there are plenty of decent variations of up and down, making for very pleasant tramping.

After around 6.5 hrs after setting out, we were back at the van, having thoroughly enjoyed our day. At the Tutira store, most enjoyed an ice cream (best value in the Bay!) or a coffee.

Thank you to Alison for driving the van and Hilary for taking your car so that everyone was catered for.

Aranga Hut On Saturday 14 January the tramp was changed to a loop in the Northern Ruahine Range. … END_OF_DOCUMENT_TOKEN_TO_BE_REPLACED

Aranga Hut On Saturday 14 January the tramp was changed to a loop in the Northern Ruahine Range. … END_OF_DOCUMENT_TOKEN_TO_BE_REPLACED