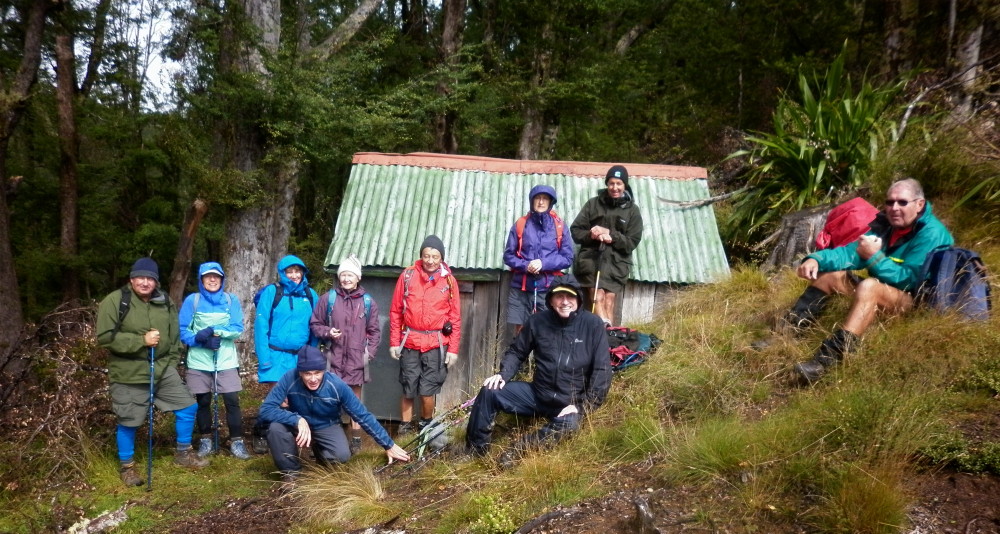 The forecast was for showers in the morning and clearing by the afternoon with a southerly abating. The forecast temp for Napier was 19˚. In reality for us, it was cold, wet and windy as we arrived at the Saddle car park. If this is early autumn, what is winter going to be like?

The original plan was to climb to the top of Kaweka J, the highest point in the Kaweka range, but we never even saw it, never mind climb it.

We had 16 in the party (one van and one car, thanks to John Burrell) and we dropped John Marshall off at the quarry along the way so he could do his own thing, and agreed to meet at the car park later.

After a 10-second discussion, the plan was changed to Kaweka Flats Bivvy for morning smoko and on to the Iron Whare for lunch.
The first thing of note was the damage to trees caused by the snow storm last August. DoC has clearly done a good job in clearing the tracks but the debris left behind was everywhere. It is understandable why DoC closed the area during the summer period, with its high fire risk. 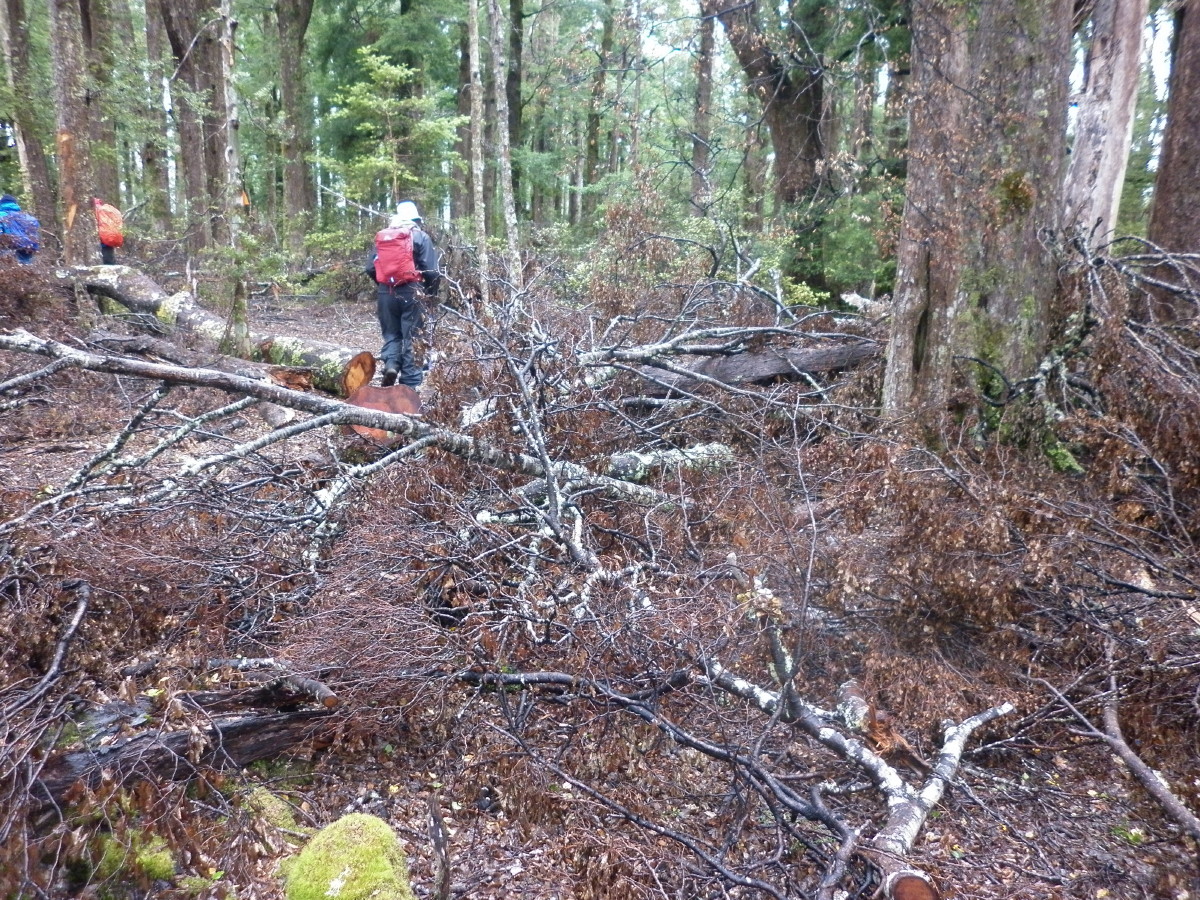 We set off along the track towards Middle Hill Hut with a DoC estimate of one hour to reach the bivvy, which seemed optimistic, and we got there in 1.5 hours. About 30 minutes later along the track, there is a junction turn-off to the Iron Whare which took another half hour to reach. Along this section, the storm damage was even worse and the track clearing had been much more intense. It was disappointing to see that several young totara saplings had been cut down to create detours around larger fallen trees. Our theory for the increased damage is that this was a much more exposed area.

Lunch was taken early at the Iron Whare. Eight of us squeezed inside the whare in the gloom and grime to eat lunch, and the others stayed outside in the elements. A quick lunch and a quick photo and we were off again.

Back at the bivvy, the sun finally broke through and the rain stopped. It was 12.30 (the MetService forecast had it clearing from noon).
We arrived back at the car park in good time and were on the road home by 2 pm. Part-way down the road at about the steepest section, we saw a hind of reasonable size bounding down the road about 50 metres in front of us. As we got nearer, it disappeared over the side and down a near-vertical drop to safety.

On the way in, Marie had spotted some mushrooms in the paddock near the end of Whittle Road, and was able to quickly collect a bag of them on the way out.

All in all, we had a good day despite the weather. We will leave the “J” for another time.