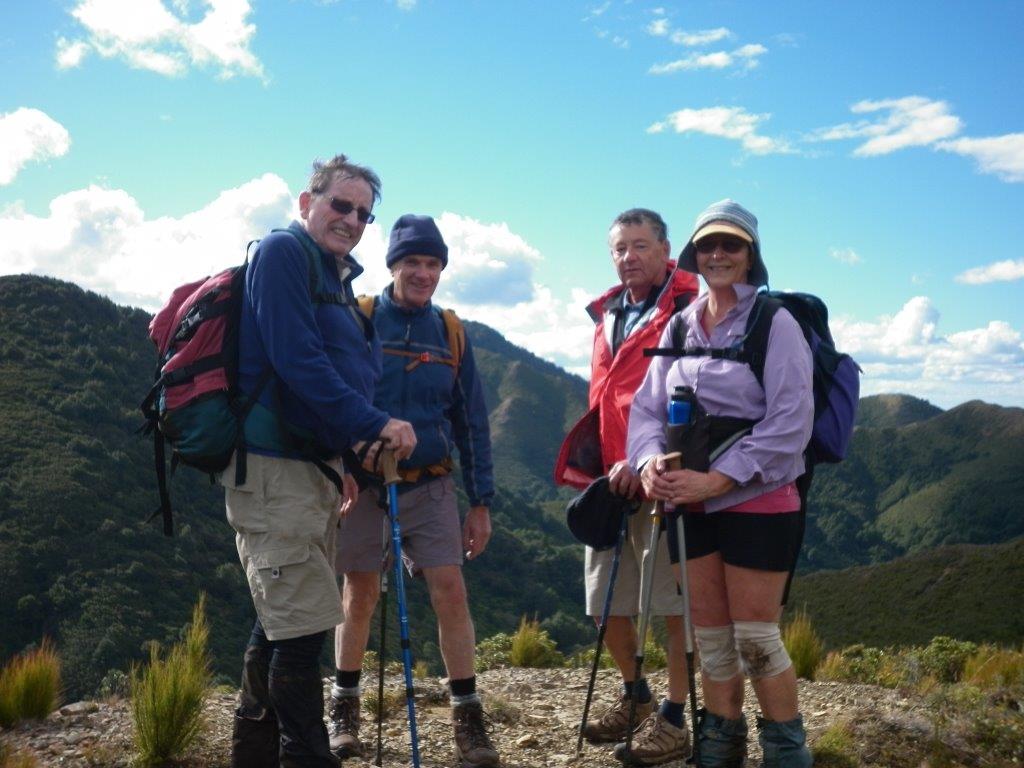 It was supposed to be the Apiti Track, followed by walking down the Mangatewainui River and a cut across the farmland back to the van. However, weather and time defeated us – but we had a good day just the same.

With 11 on board, we set off from Church Road at 7.30, arriving at the Ngamoko Road end west of Norsewood at about 9.00. It was 3 degrees in Bay View, 2 degrees at Westshore and a heavy frost everywhere until we got to the Tikokino area.

Getting out of the van at the car park was a shock to the system because the forecasted southerly was blowing hard; it was bitterly cold. Not to be deterred, and being intrepid Wednesday trampers, we buttoned up and rugged up for what was going to be a cold day. When we were in the lee of the hill or in what sun there was, it was quite bearable but otherwise it was too cold to hang around. The forecast was also advising showers in the afternoon but thankfully they stayed away. In places, we were walking in the remains of a snowfall and the surrounding hills were covered in it. Is this really April or have we “transmorphed” into July/August? 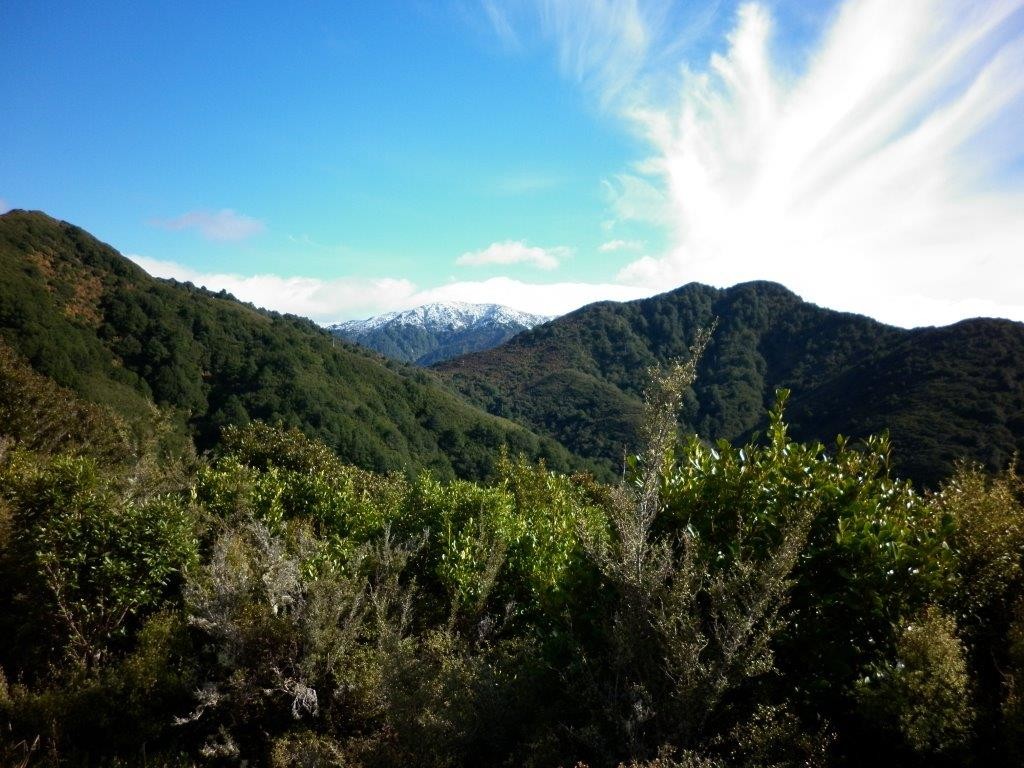 The snow capped Ruahine Ranges on the horizon

After very recent heavy rains, the rivers we crossed along the road from Napier were flowing fast and very dirty. This was a cause for concern, had we got down the track to the river and then found it in a similar state and unsafe to continue. The track was very wet in places, with a number of washouts that required us to clamber up and over to continue. All of this slowed us down. We arrived at the junction leading off to Makaretu Hut at 12.15 and sat in the sun and out of the wind to have lunch.

It was decided at that stage to return the same way, mainly because of the unknown factor of what the river was going to be like, but also as we were running late it would compound matters further if we then decided to go back. The return took 2 hrs 40 mins. We had sent the harriers off as an advance party to get to the van in time to stop it transferring to the other end of the road, but too late. So we had to walk the 2k down the road where we found Ken, John and Paul all nice and cosy in the van waiting for us. They denied that they had been back to Norsewood for a coffee and to warm up, but who knows?

Aranga Hut On Saturday 14 January the tramp was changed to a loop in the Northern Ruahine Range. … END_OF_DOCUMENT_TOKEN_TO_BE_REPLACED

Aranga Hut On Saturday 14 January the tramp was changed to a loop in the Northern Ruahine Range. … END_OF_DOCUMENT_TOKEN_TO_BE_REPLACED