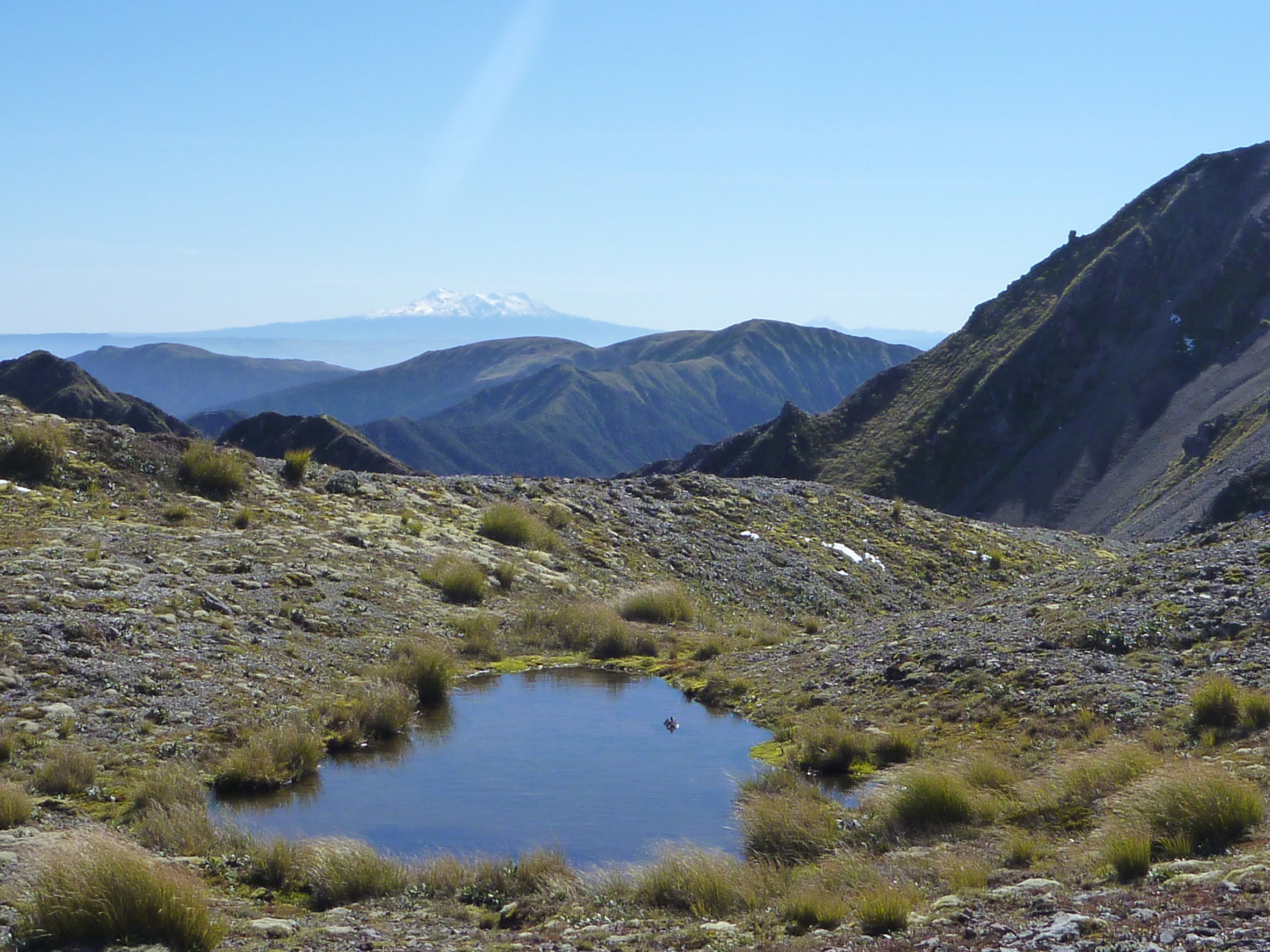 A large group of seventeen set off up the Sunrise Hut track. The weather was absolutely perfect, with lots of sun and no wind. Good progress was made and we had morning tea at the hut around 10.00. After this, most of the group carried on to the Armstrong Saddle, completely wind-free! Others, elected to stay and enjoy the sunshine at Sunrise Hut. 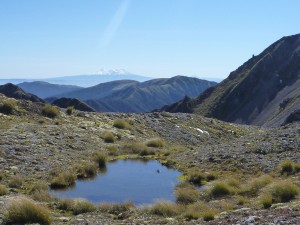 From the saddle, we continued our ascent and a little later the group split again. Eight decided to go to Te Atuaoparapara (66) and the Waipawa saddle and river, while Paul, Ted and Jenny decided to take a shortcut and use a large shingle slide (got to do that one some day) back down. Climbing up got a bit slower as we had to find our way through some leatherwood and grasses. However, once we made it to the ridge it was a fairly simple climb all the way up to 66. 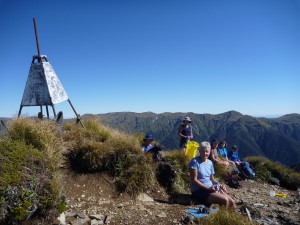 The views from the top were spectacular, Ruapehu and Ngauruhoe had some recent light snow. And as there was no wind, we decided to have a lunch with a view. Thirty minutes later, we were ready to make our way down. A small shingle slide leads to a couple of tarns from where we took a left turn. Unfortunately, we were a bit eager to get to the Waipawa saddle and started our descent too early. Half an hour off-roading later, we got back to the track and the saddle.

A reasonable path took us down to the Waipawa River, which we reached after a couple more views. The river was much more overgrown than I remember and our initial progress was quite slow. To keep the spirits up, Alison decided to show us of a couple of dives, quite spectacular really (and thank god without doing damage). Once the river widened, we could pick up the pace a bit and by 16.15 we reached the van.

On a good day, this must be one of the better one-day walks in the Bay. An easy path to a great hut, spectacular views from the rugged Ruahines, a bit of bushbashing, great views from the top, a shingle slide and a bit of river work: what more could one want?