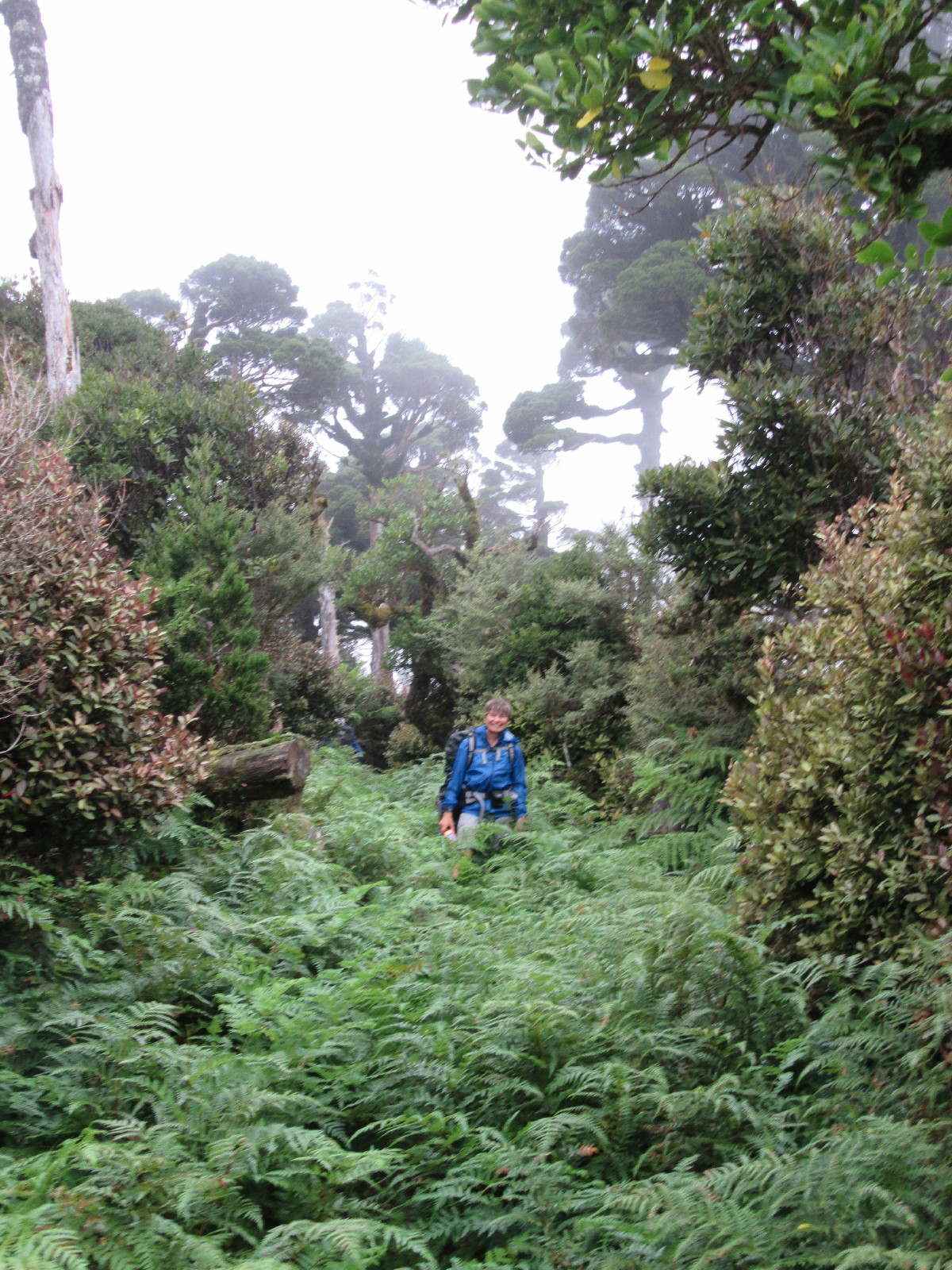 “The Southern Ruahine Crossing…”
Well, when I first heard and read that I thought “It’s going to be a toughie” – and it was certainly challenging but very much worth it.

Seven of us headed out in the van. We got to Dannevirke and the weather was looking ominous, so I wasn’t very enthused. I wasn’t the only one though; so was Marie. Our little group eventually got to the “car park” which was more like a paddock. Then we all got ready to go and our good man Colin went around to the other end to pick us up – stopping, of course, for coffee.

At the beginning of the tramp, we were crossing farmland, which was thrilling, to say the least. Then it was into to the bush where the climb gave you a false sense of security. “Whammo” you are clambering up goat tracks. We met up as a group maybe two thirds of the way up to the lookout. Sue, Marie, Gordon, and Juliet decided to have morning tea and Koen and I carried on to the top to have morning tea on the lookout. The weather turned to misty rain so we couldn’t see anything at lookout or on the way. 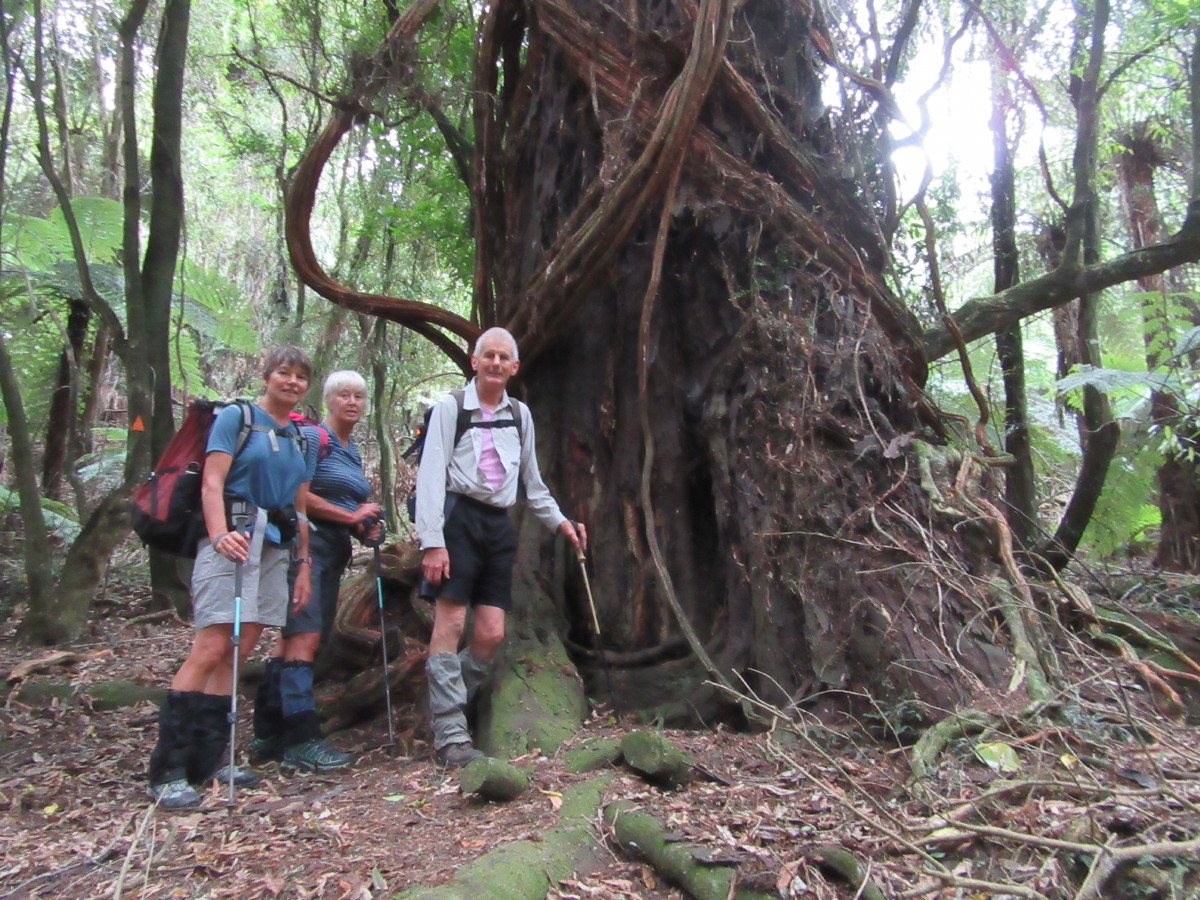 It was not looking good, and it wasn’t much fun going through knee-high ferns. On the way, we even saw a dead possum on the track that I think one or two of us stood on.

Koen and I reached the top with the rest of the group only about 10 minutes behind. They decided to have lunch so we left before them and continued on our way.

Shortly after the lookout, there was a large obstacle to get past. It was a wee bit of mission, especially for me. And I remember Juliet saying at the lookout “From now on until we get to the end of the ridge, it will be a gradual downhill”. No sirree, it was more up and down and slowly heading down but it was not gradual.

The weather got better; it was so windy it blew clouds away and it was sunny for a while, yay!

By this stage, we were all walking together like one big happy family, although some of the group encountered 10 seconds of hail. 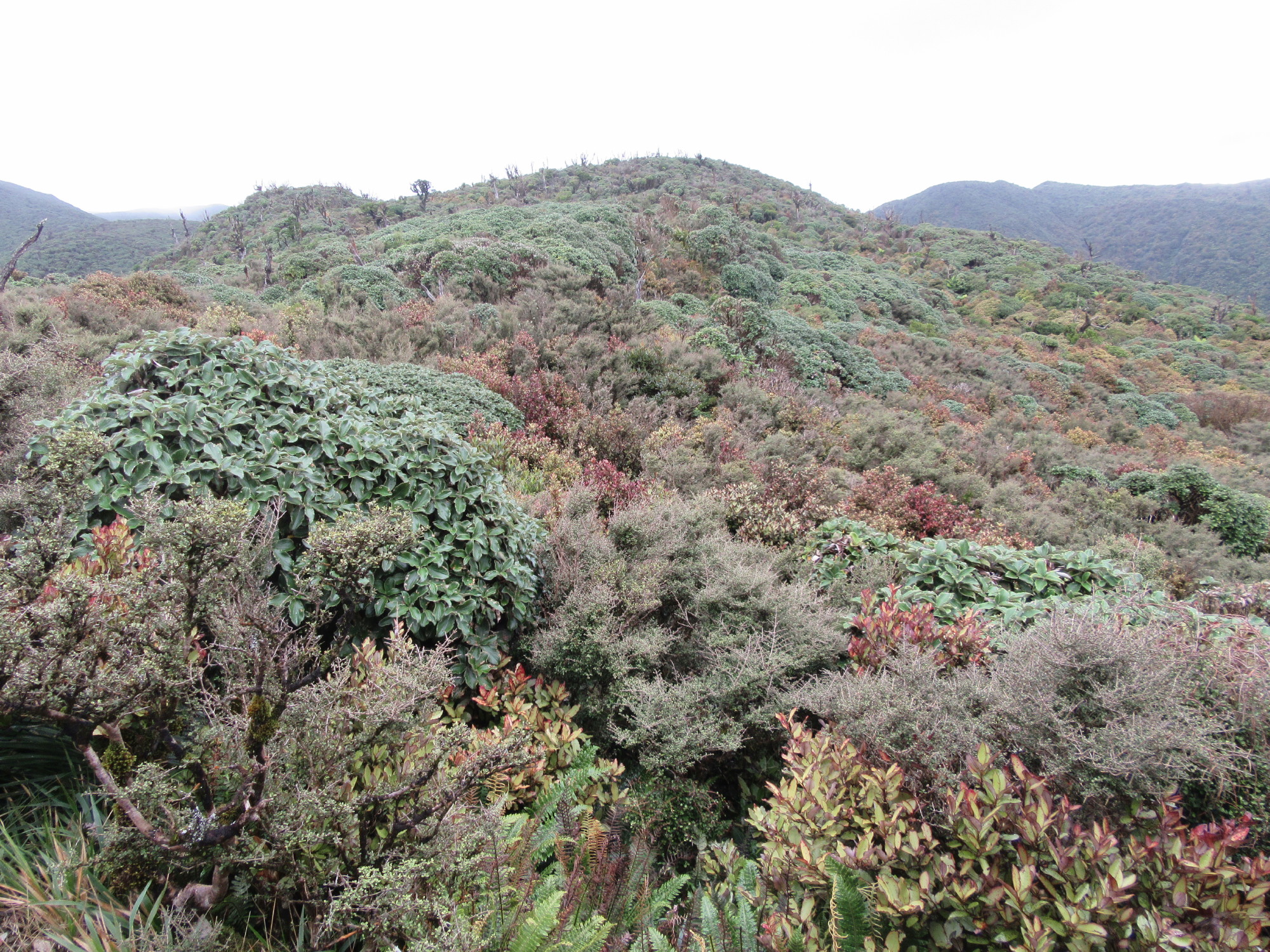 The view back up the track, short scrub and leatherwood.

Life was grand and the views were amazing until…the steep downhill hit. It tried to rain on us but fortunately stopped. The downhill was hard on the knees. We finally reached the river, where we met two hunters who had shot three deer between them and one was even hunting with a bow and arrow.

Suddenly it began to rain – and I mean bucket down. But it was the end of the tramp so who cared? We got back to the car park at 4.30 and made it back home around 6.30. It was a great tramp and not as hard as I thought it would be.