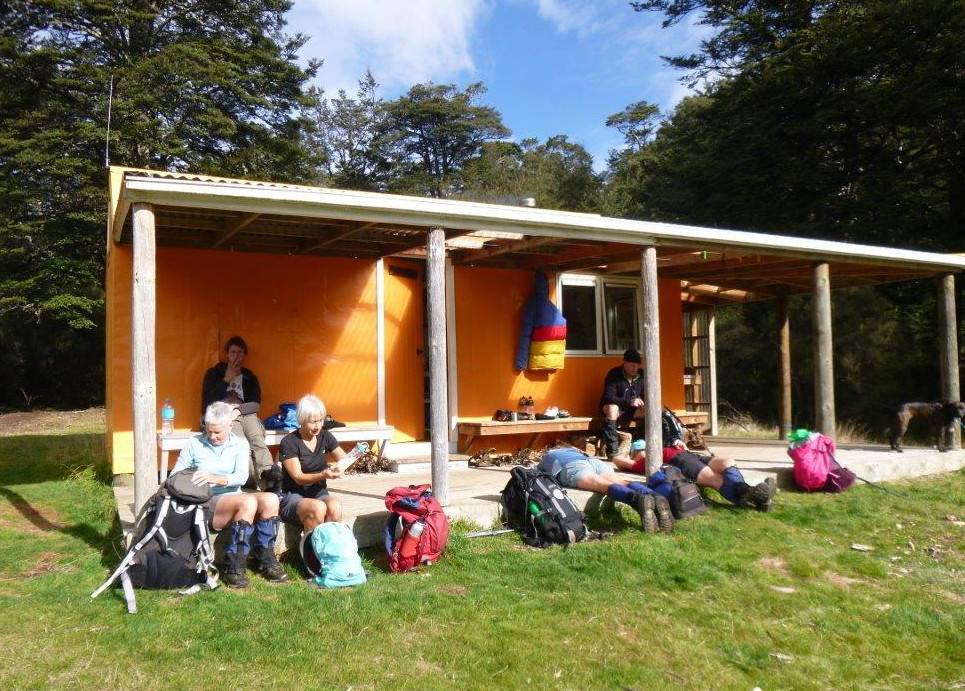 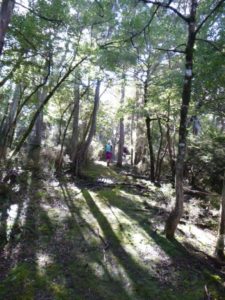 Wandering in the dappled sunlight

It was a smaller group than usual, setting out at 7.30am. The weather forecast had been rather doubtful and suggested strong winds with possible rain. That led to our decision to change the intended tramp to a lower level.

Macintosh Hut was the chosen alternative but we arrived at the road entrance to find the gate shut and a sign saying “private road”. None of us had seen any notification of logging or spraying in the area to necessitate a closure. Rosemary tried the gate and found it wasn’t locked and we decided that the “private road” sign was always there (it is a private road) and because the gate wasn’t locked, the route was still open. So we drove in, hoping the gate would still be unlocked when we headed out!

We arrived in good time at the road end and agreed with Alison’s suggestion to walk the boring road part first, rather than face it at the end of the day when the weather might be more suspect. We started our tramp walking for 30 minutes along the road from where we planned to exit, along to the Lakes car park.

The tramp from there was somewhat more up and down than the words “lower track” imply but very scenic and well worth the effort. It was interesting that until today, the majority had only done the track the other way around. It was also interesting how memory can play tricks. One of the trampers had vague memories of a bridge on this route through the hills. Every slightly bridge-like structure thereafter became the phantom bridge.

We stopped at the site of an old burnt-out hut, but it was in the shade and there was a cold breeze so it was just a quick drinks stop. Further on, we finally found the sun and had a tea break on the edge of an overhang into a valley. Graeme managed to drop the top of his thermos down a rift. Unfortunately, it was too far down to be recoverable. 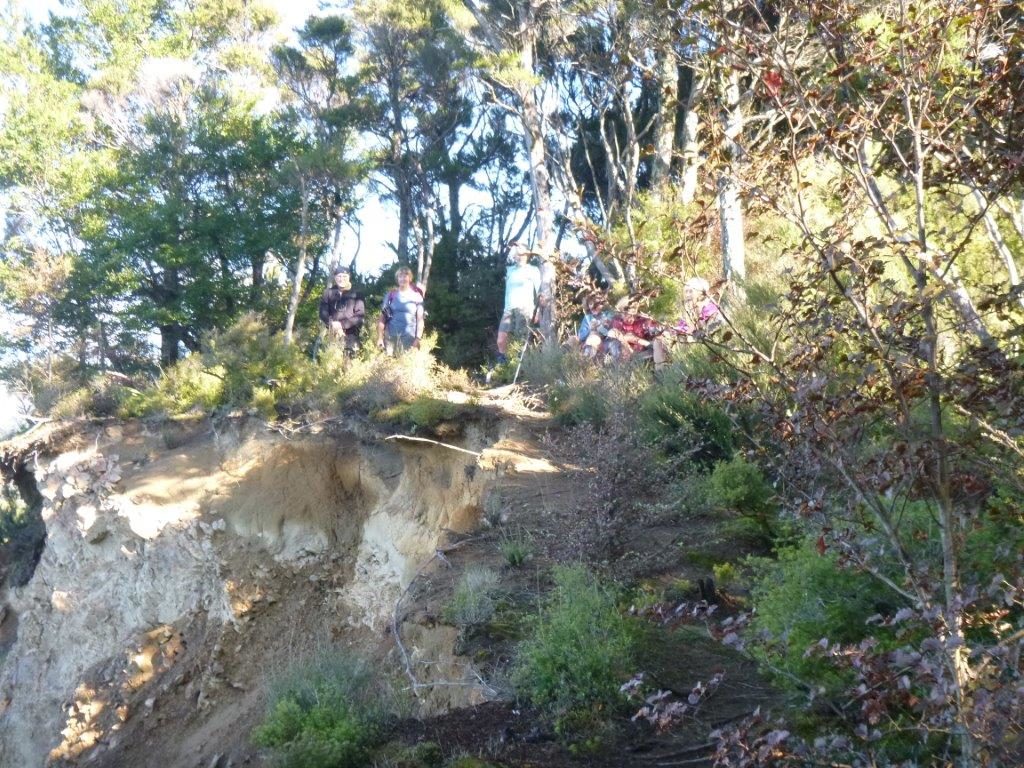 From there, we travelled through some very scenic spots with fairly extreme undulations. After the steepest, highest hill of all, we finally levelled off on the plateau and made it to Macintosh Hut for lunch. The place was occupied by a woman with two children and two dogs. They were spending a couple of days trapping and hunting. There was also a solo Frenchman, on his way to Lawrence Road.

We enjoyed the sunshine at the hut and lazed about for quite a while, as we had heaps of time. When the sun started to disappear behind cloud, we decided it was time to move on. The walk back to the car park was the usual steep clamber down the gut, followed by a rapid ascent on the other side. It turned out to be perfect weather for this, as other times in the summer it had been too hot. We all made it up the hill in record time and felt very pleased with ourselves.

There were no locked gate problems and we arrived back in Napier about 3.30 pm. Overall the day was much better than forecast and we looked on it as a bit of a bonus to be able to get out and about again.