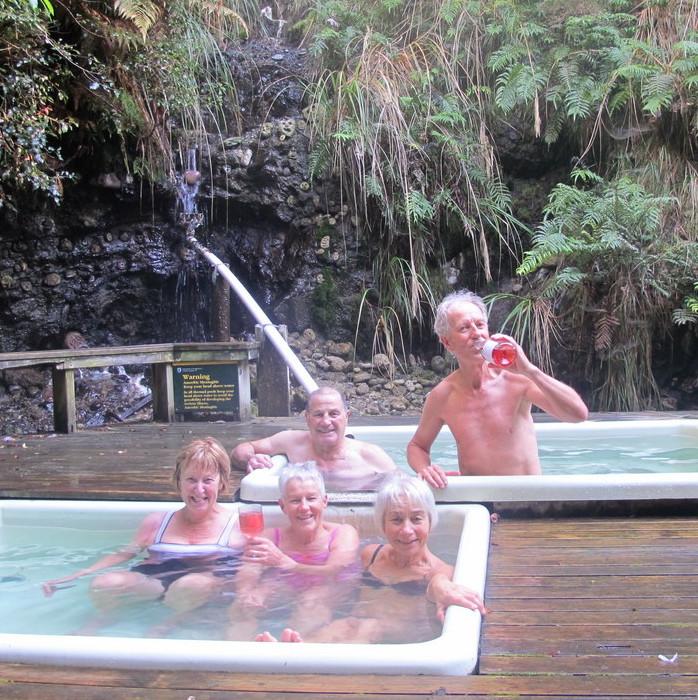 A brilliant day was forecast and attracted a team of 16, which included several newish faces too; so many, we needed the van and a 4WD. There had been some rain in the ranges so there was a reasonable amount of water across the ford but no problem. Three were dropped off to head up to Makino and down the clay pan track while the rest carried on.

A few cars at the old gums car park indicated that there would be others in the area. We set off in different groups with plenty of chat and soon a layer was taken off. The winter sun barely reached into the valley but the Mohaka River looked gorgeous.

We passed a guy coming out who had overnighted at the hut and said he had stoked up the fire in case someone came through. How good was that! Most made it to the hut in about two hours in preparation for the shared lunch which was the focus for the day, but six headed on to the hot springs for a soak.

Initially, they had the company of a couple of lovely German girls but they didn’t stay long once they saw us – not surprising I guess. Plus a family of three from Hastings who also did not stay long.

Then we had the pools to ourselves and the next thing a bottle of pink champagne appeared and a single glass which did the rounds; in no time flat, the bubbles were consumed. Luckily the three who had done the Makino route were able to join in the bubbly festivities too. But the shared lunch back at the hut beckoned, so we quickly got changed and returned, arriving a bit before 1pm and really starving by now. Luckily there were still plenty of goodies left, so everyone enjoyed themselves. 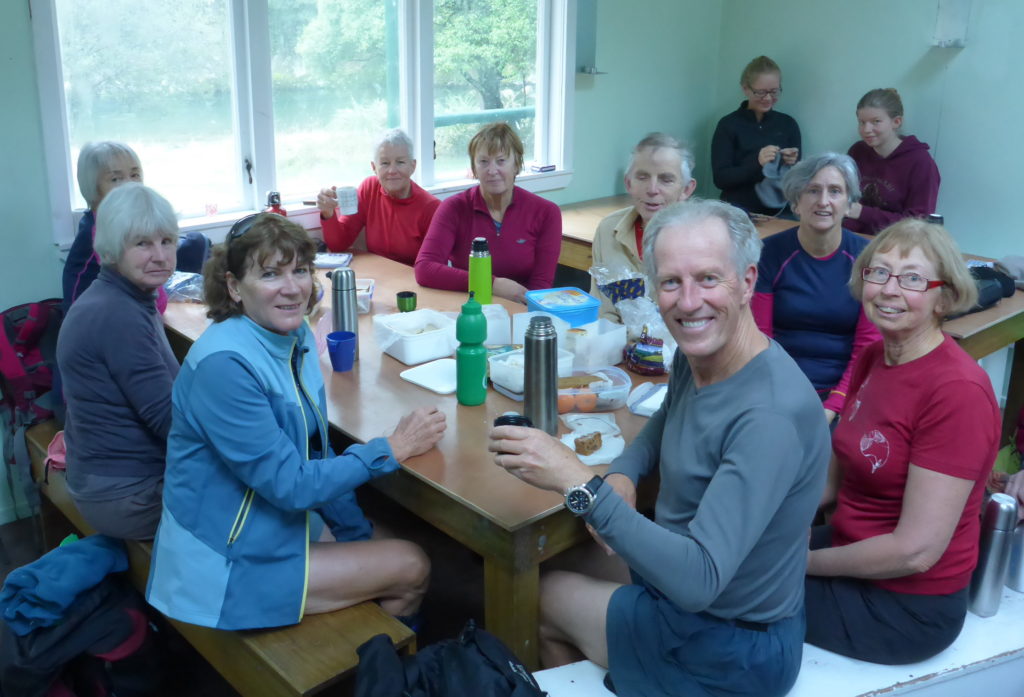 Our happy band tucks in at the Solstice lunch

The sun still hadn’t reached the hut as we headed back uneventfully, enjoying some sunny patches on the higher points.

We encountered a few groups of trampers heading into the hut for an overnighter.

Everyone was back safely to the vehicles around 3.3pm and had a safe drive out.

Another good day and a happy vibe among the group.