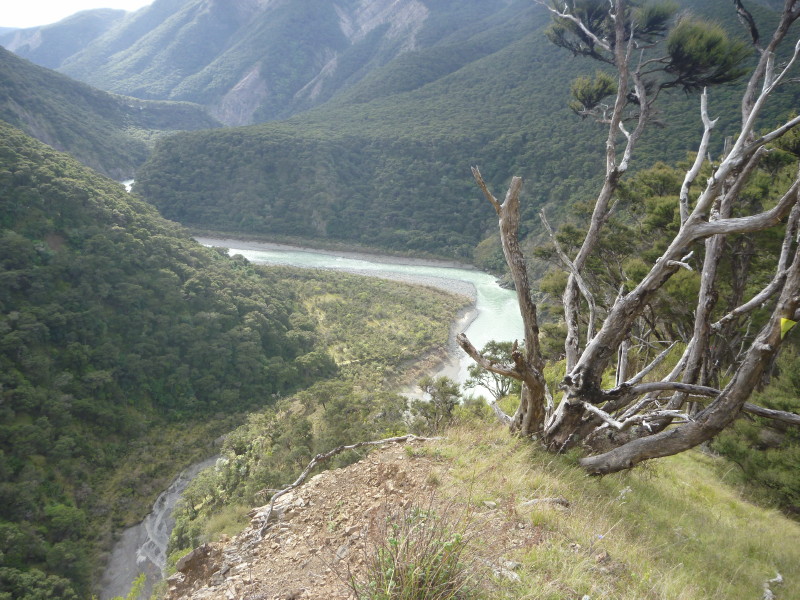 A group of 16 trampers took up our ballot to travel through Big Hill Station to tramp in the northern Ruahines. The club received two permits in the 2013/14 year and we are always keen to visit the part of the Ruahine Ranges which is so close to home.

We reached Ruahine Hut and commenced our walk down the Shutes Hut track. The sign indicates that it is a six-hour tramp to Shutes Hut. A lot of us have visited Shutes Hut from the Comet Road end track, but we have never spent the night there. We would love to do so, some time in the summer. 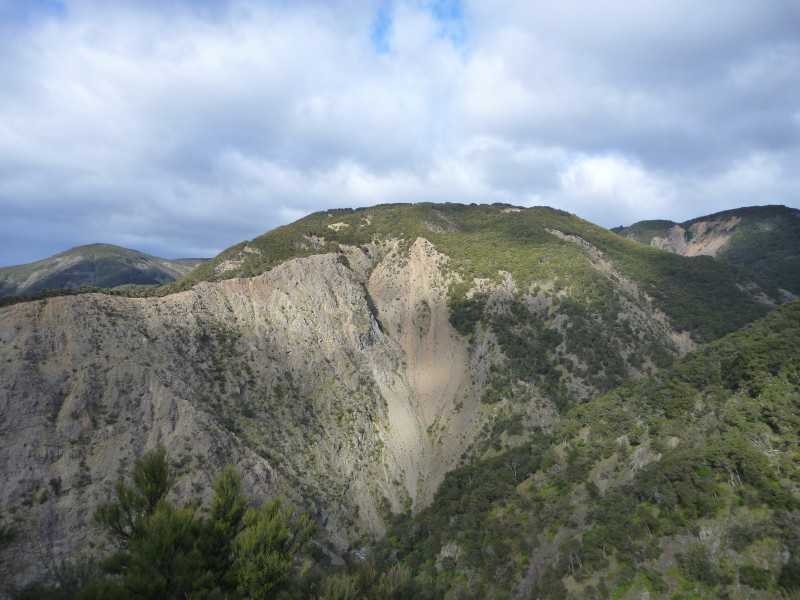 The ridge line we take back up from the Ngaruroro River to the 4wd track.

The track is well marked and cairned. Pennyroyal perfumed the air as we walked. We progressed to the point where the track turns off the ridge down to the dilapidated hut on the bank of Koau Stream. We opted to continue down the ridge heading direct to the Ngaruroro River. The bush was sparse and it was easy, although steep in a few parts, to get down to the river. A stand of titoki trees and a number of regenerating green ake ake trees are growing on the lower ridge. 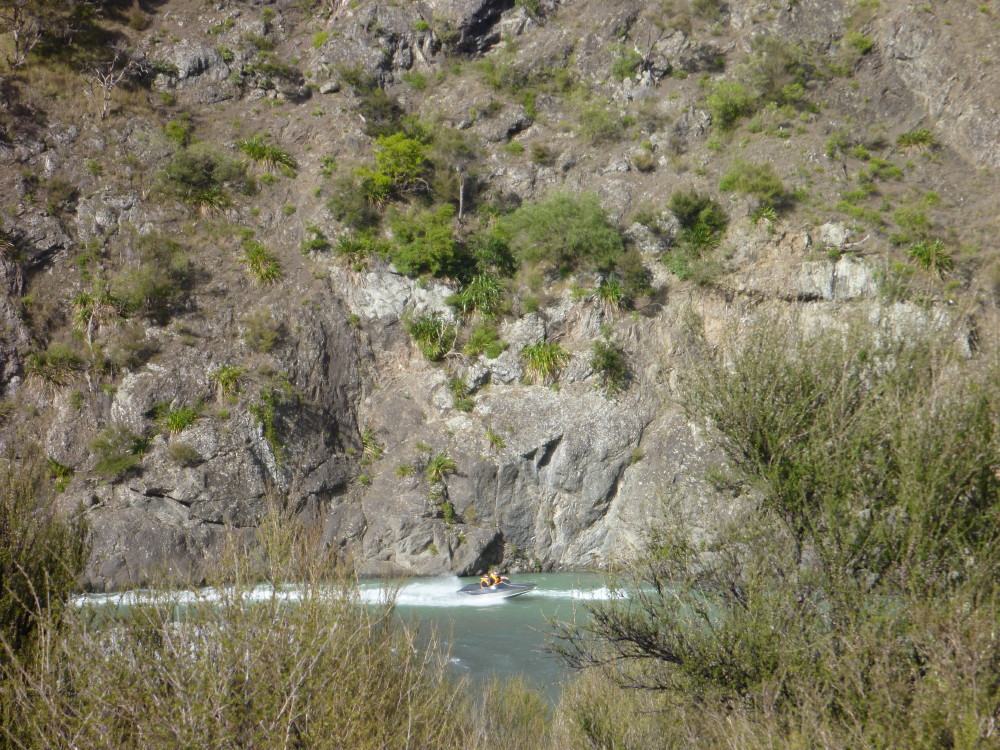 One of the five speed boats coming up river

On reaching the river, we headed downstream looking for a lunch spot. Finding a good grassy area, and while lunching, we heard the sound of speedboats. The annual run up the river on the shortest day of the year for enthusiasts. We saw at least five boats come past.

After lunch, we headed across a small side steam before assessing the way up a ridge to get to the 4WD track that would take us back to Ruahine Hut. The majority took a route up which was marked with yellow markers. Gossie, myself and John Dobbs and Elly Govers took what was claimed to be a steeper route up. For John, it was a challenge, clinging to the rocks and finding a way up. 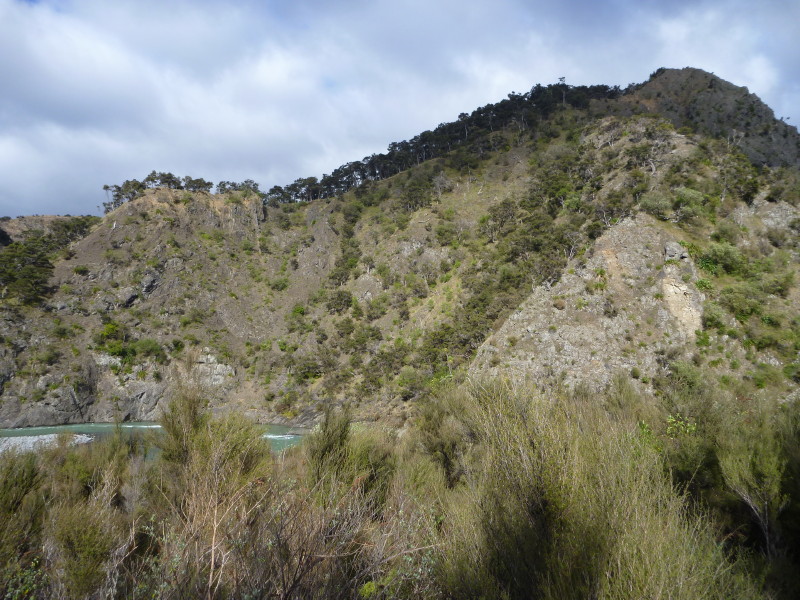 The steep climb on the right of this picture

We re-grouped and continued our way along the ridge. On the western side of the ridge, a large slip has been created, but we clung on to kanuka as we made our way up.

We made our way towards a grassy spot for an afternoon snack break, before continuing on to find the start of the 4WD track. The track is now extremely rutted, and no longer usable for vehicles. The greasy clay made a few slips inevitable. My shoulder is still feeling the pain.
We reached Ruahine Hut around 3 pm, and all very pleased that we had taken that route, as we had been rewarded with splendid views.