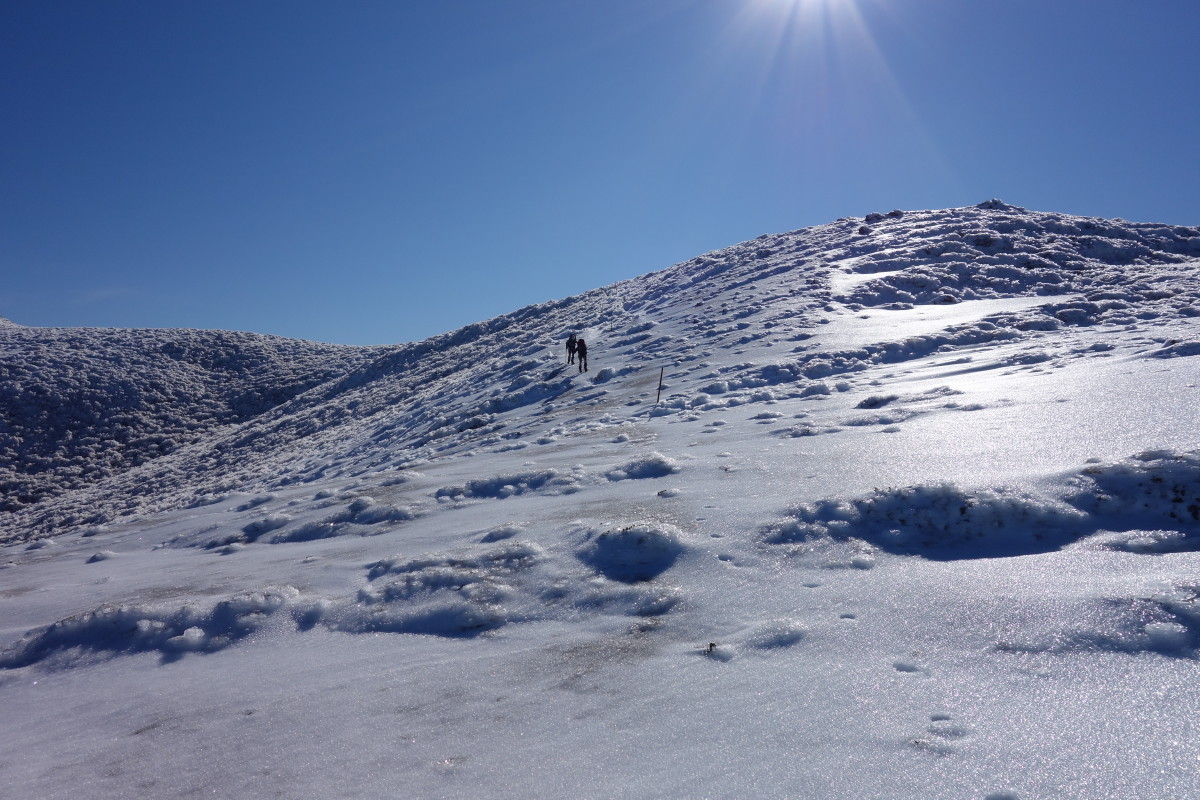 The weather forecast for the long weekend was mainly fine with light winds, so we had to go away somewhere.

From Makahu Saddle, we headed up the track, meeting a group of six from Wellington TMC who had spent the night in the hut. As we climbed up through the snow, it started to develop a hard icy crust on top due to the overnight frost. Steps had to be kicked into it, especially on the steep bit below Dominie Bivouac. Above the bivvy, one person from Wellington TMC went for a slide on a steep section and ended up with grazes to his hands and arms. Up by the memorial cairn, we had great views of Ruapehu and Ngauruhoe. However, dark cloud coming in from the south soon obscured the view. 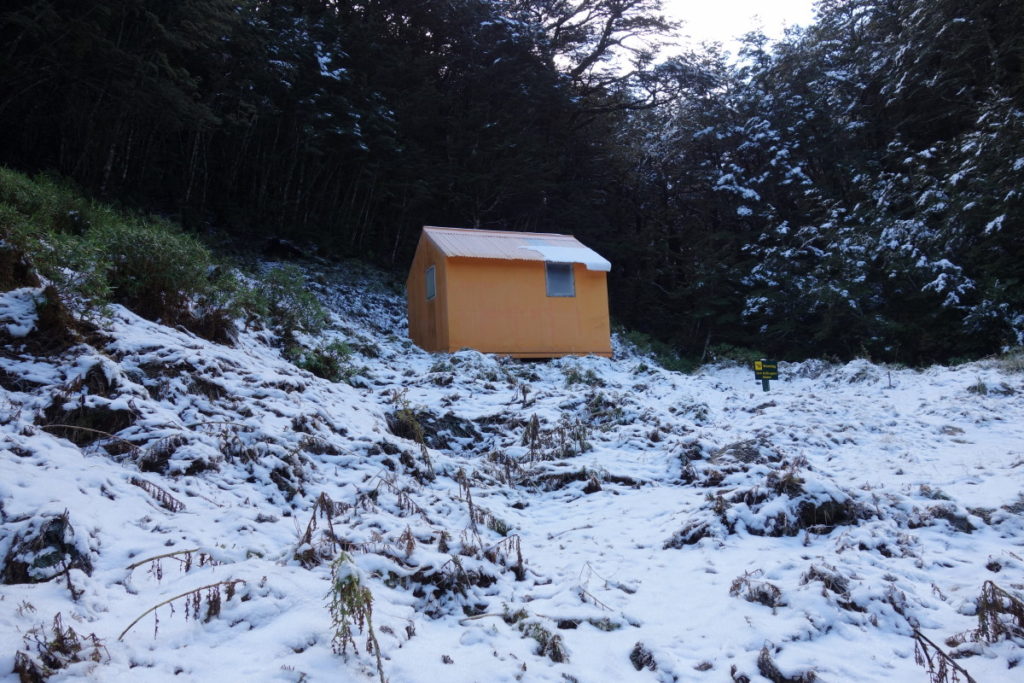 After a short lunch at the trig position, we headed off downhill towards Studholme Saddle Hut. The south-facing slopes appeared to be even icier. This meant that a lot of time was spent on kicking steps, especially on the steeper sections. Further down, it looked too steep to go directly to the hut so we decided that it would be prudent to go down Mad Dog Hill to Studholme Saddle, down to the bivvy and up the stream to the hut.

At the saddle, the sun had melted all the snow and the going was much easier. Further on, we headed down the spur leading to the bivvy. After a quick look we headed upstream to the hut, which was surrounded by snow. We collected firewood, got the fire going (there’s an open fireplace) and did everything outside that we had to before it got too cold and dark.
As there was no enthusiasm to go back over the top of the Kawekas, we decided that next day we would go back via Mackintosh Spur, the Donald River and Matauria Ridge. Going to bed early, we all slept well. 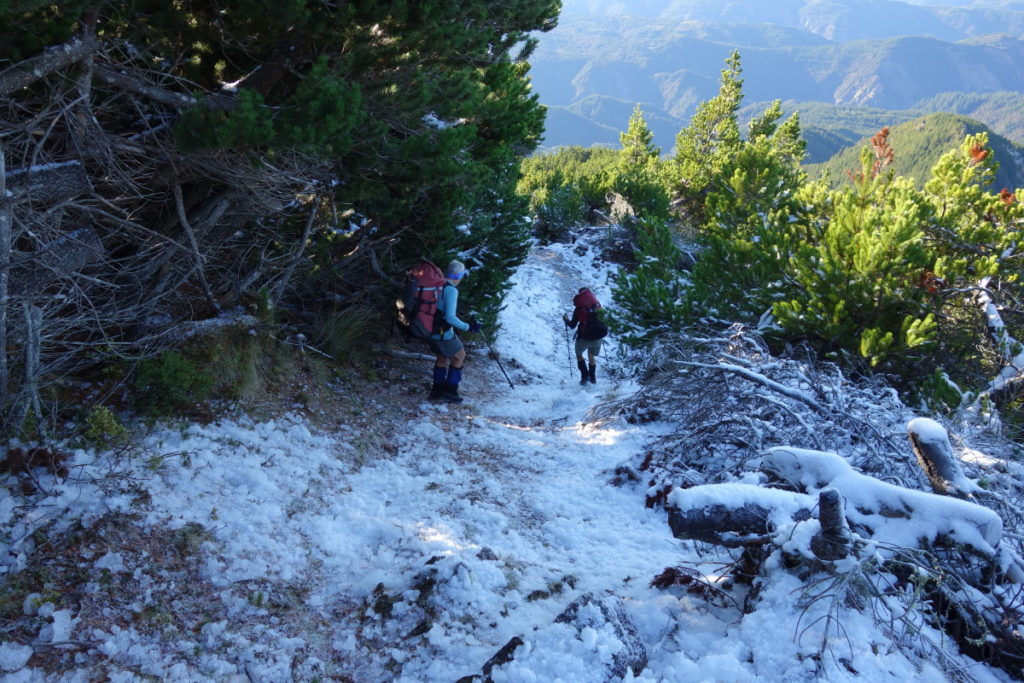 The next day, we set off at about 8.45am. At the top of the little spur above the bivvy, the views of Ruapehu were even better than the previous day. We headed off down Macintosh Spur and down the steep descent to the Donald River, which we managed to hop across without getting wet feet, and then had a long climb up to the top for lunch at about 1pm.

After enjoying lunch and different views of the Kawekas, we headed along Matauria Ridge, mainly through contorta and clay pans before arriving back at Makahu Saddle car park to end the trip.