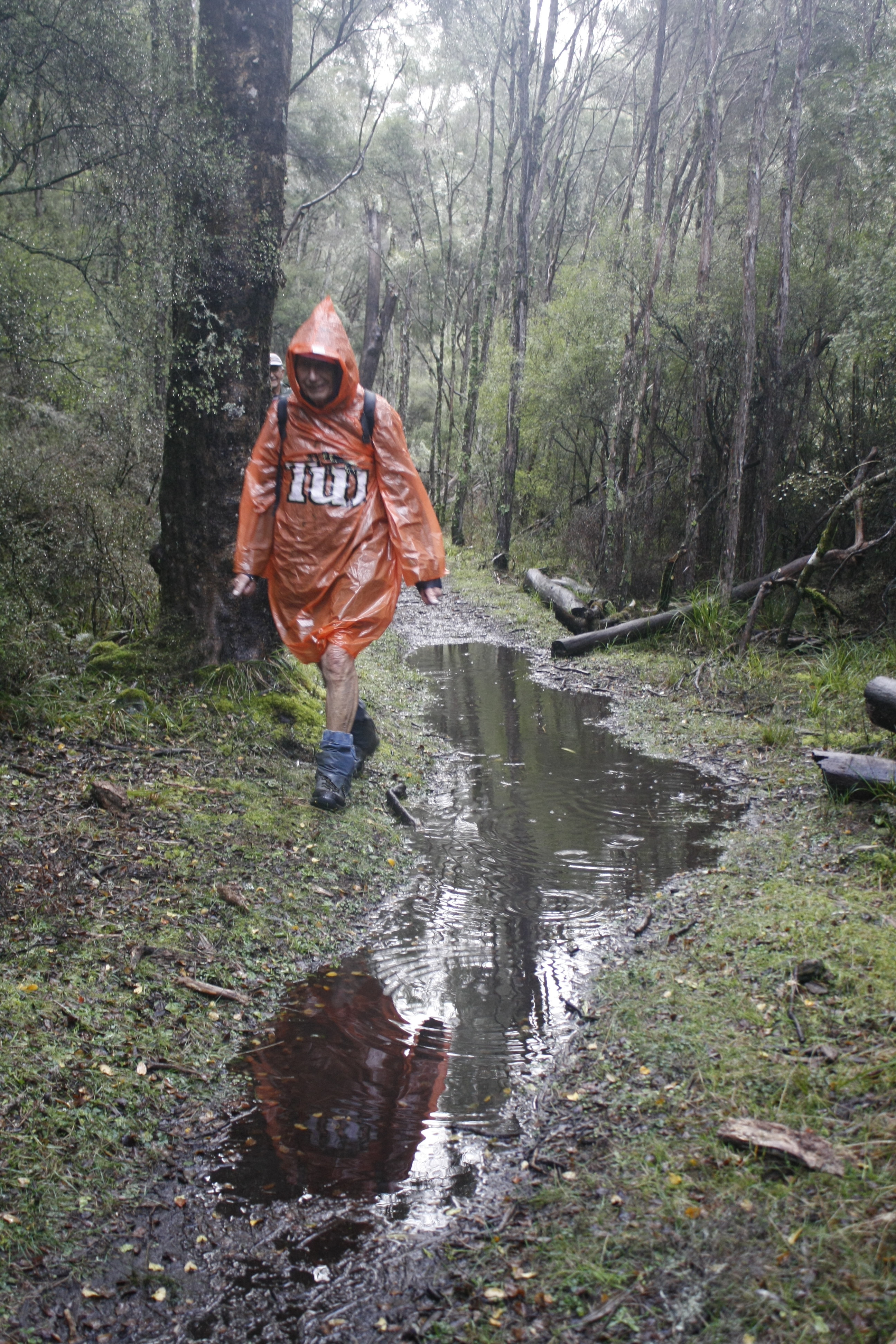 The day began with cooler, overcast skies and occasional drizzle. Isobel, Alison and Keith headed towards Makino Hut, from the Makahu Road car park, while the other six drove on to Mangatutu car park and began their walk to Te Puia Lodge. 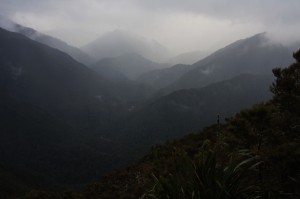 The steep Makino ridge is never the best way to begin the day’s walk, but we were quickly among low scrub, bracken and manuka that had colonised the ridge. After an hour, we entered beech forest where we passed Makino Bivouac, and soon we had morning tea at the Middle Hill Hut/Makino Hut intersection. This area has had traps intensively laid for rodents and mustalids. The evidence was the prolific numbers of young trees growing amongst the beech trees, but the bird life was quiet.

Views of the Mohaka River and surrounding hills in various shades of grey and overcast skies were stunning. Brief heavy cold showers began as we started our descent. We arrived at Te Puia Lodge at lunchtime, where John, Ken and Vic were finishing their snacks. Kelvin and Ann decided to go on to Te Puia hot springs. 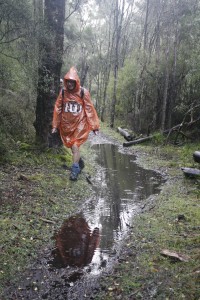 The return trip to the car park was slightly quieter due to the drizzle that had set in for the remainder of the day. The Mangatutu car park shelter provided a place for our hot drinks, warm clothes and talking while we waited for everyone else to return.