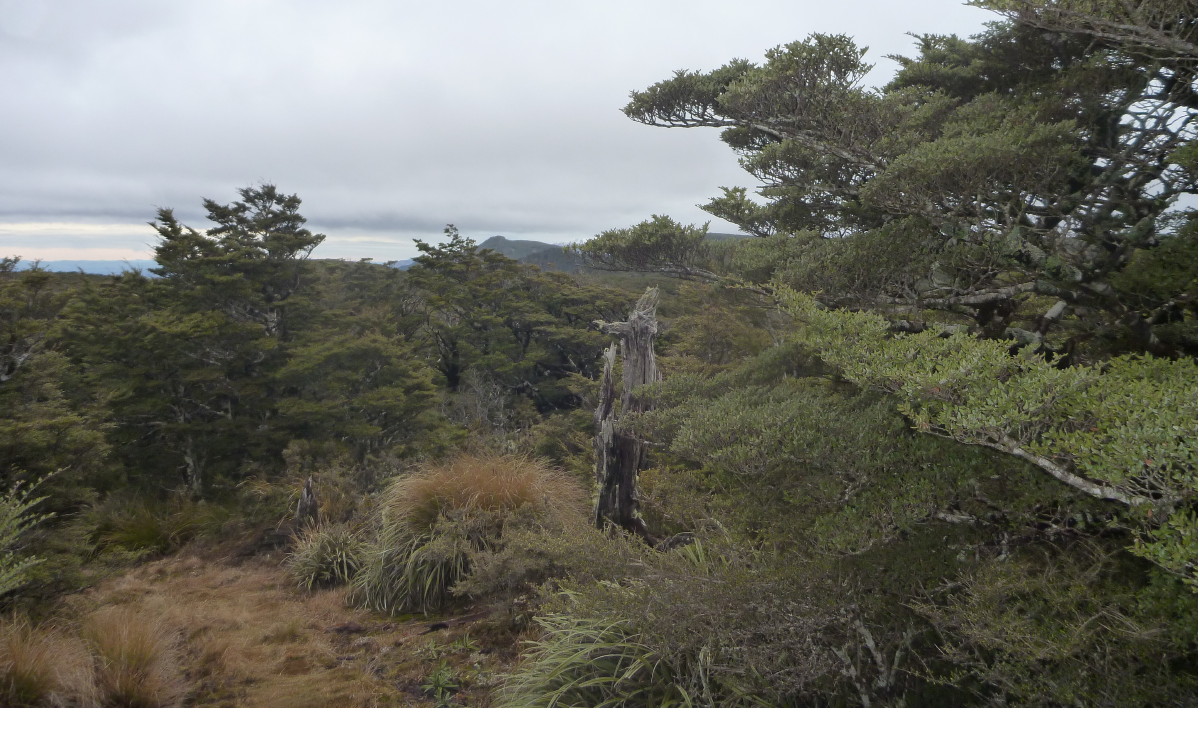 Saturday tramp day rolled around and once again the weather forecast was for heavy rain, although not perhaps until the afternoon. 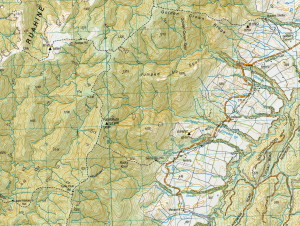 Our tramp can be seen here.

Six hardy souls ventured out anyway, determined to get a walk in. As we had two vehicles, one was driven to the Sentry Box car park further along Mangleton Road, so we could complete the round trip. Conditions were overcast, but the cloud base was high enough for us to see the snow-covered tops of the main Ruahine Range.

It was a cool 4 degrees when we started climbing, but what little wind there was on the exposed part of Golden Crown put paid to any extended stops. The climb proved a bit difficult for our visitor Paul, so he and Simon returned to the car and drove round to Sentry Box Hut. The remaining four made it to the top in just over two hours, had a short break then continued south stopping for lunch after the turn-off to Aranga Hut, with a fine view of the high point Pohatuhaha. 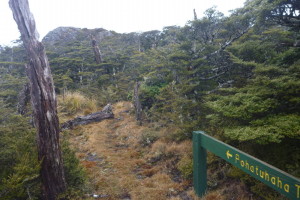 Surprisingly, the heavy snow from a week ago was all gone, which made the going easier along the undulating track. Unfortunately, the predicted rain started, so it was a quick lunch then the short climb past Pohatuhaha to the signpost turning off down towards Sentry Box Hut. As the rain got heavier, the track became more slippery and muddy. We slipped and slid our way down, reaching the hut in an hour to find Simon and Paul holed up along with a family who were on their way out from Parks Peak Hut.

Getting changed out of wet gear under the shelter of the car boot and an umbrella was an exercise in itself, but as soon as we had jumped into the cars the rain eased and by the time we arrived back in Napier the sun was out!

Sparrowhawk bivvy, Ruahine Forest Park, Saturday 6 August 2022 Banner Photo: The view east, towards the Wakararas and beyond On a beautiful … END_OF_DOCUMENT_TOKEN_TO_BE_REPLACED

Prologue: The author was on the Whirinaki tramp, reported on this website under the headline 'We observe a mock turtle and the rodent of Upper Te … END_OF_DOCUMENT_TOKEN_TO_BE_REPLACED

Ruahine User Group A meeting was held on Monday 25 July, in the NZDA rooms in Dannevirke.  Julia … END_OF_DOCUMENT_TOKEN_TO_BE_REPLACED

Ruahine User Group A meeting was held on Monday 25 July, in the NZDA rooms in Dannevirke.  Julia … END_OF_DOCUMENT_TOKEN_TO_BE_REPLACED

Ruahine User Group A meeting was held on Monday 25 July, in the NZDA rooms in Dannevirke.  Julia … END_OF_DOCUMENT_TOKEN_TO_BE_REPLACED

Ruahine User Group A meeting was held on Monday 25 July, in the NZDA rooms in Dannevirke.  Julia … END_OF_DOCUMENT_TOKEN_TO_BE_REPLACED