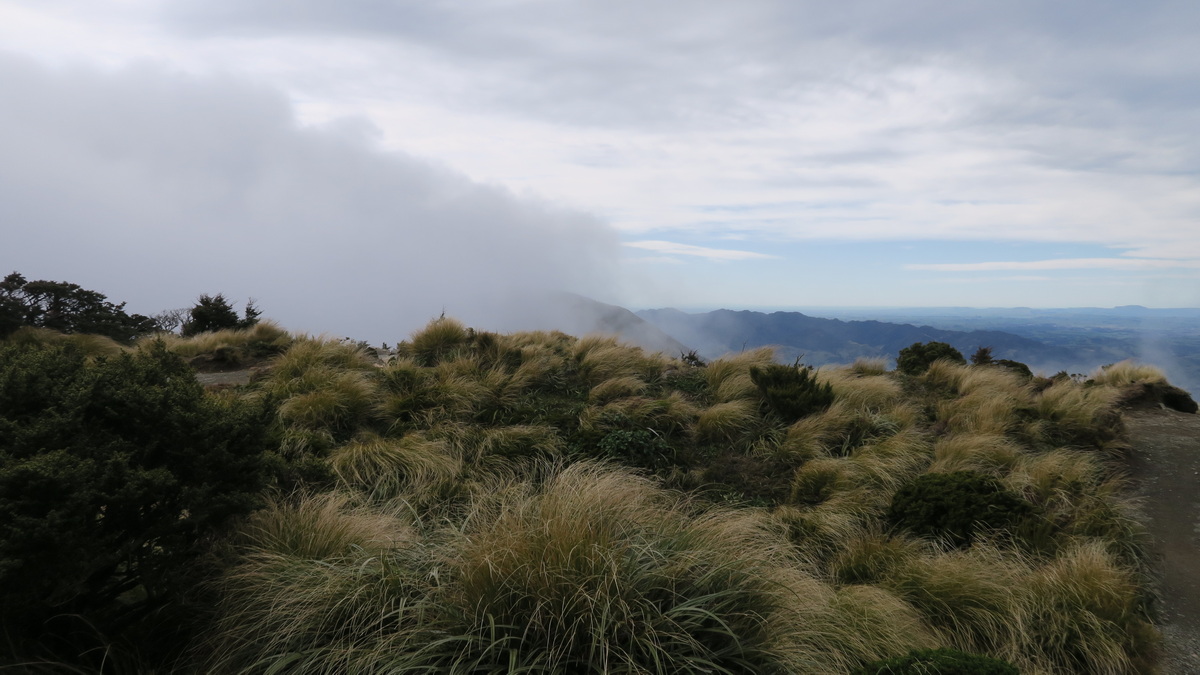 As eight keen trampers headed towards the Ruahines, the still, low-lying cloud which clung to the ranges indicated no wind. However, we were badly wrong! Once we arrived at the car park, we realised that our target, Top Maropea Hut, would not be possible. The gusty wind became more ferocious, the higher we climbed. Alison, Geoff, and Ted took the track to Waipawa Forks Hut so Alison could do a favour for DoC and deliver a hut logbook.

Those who made it to Sunrise Hut spent a few minutes warming up with a cuppa and a bite to eat before wrapping up in more layers, plus a coat, hat, and gloves to make their way back down. We had appreciated Jo and Barry waiting for us to reach the hut, but they were beginning to freeze so we sent them on their way.

We passed a large group from the Manawatu club on a day tramp to the hut. They said they came to escape the rain but obviously hadn’t expected the wind conditions.

Driving homewards, we had the compulsory stop at the Tiko. It had been a memorable first time for Anne to Sunrise Hut. Next time, maybe it will be Top Maropea Hut.

Aranga Hut On Saturday 14 January the tramp was changed to a loop in the Northern Ruahine Range. … END_OF_DOCUMENT_TOKEN_TO_BE_REPLACED

Aranga Hut On Saturday 14 January the tramp was changed to a loop in the Northern Ruahine Range. … END_OF_DOCUMENT_TOKEN_TO_BE_REPLACED