Seals of disapproval would be more correct, because we encountered many of them along the way from Aromoana Beach to Mangakuri Beach.

The forecast for the day was occasional showers with a southerly dying out. Low tide was at 12.30, which was ideal. It was originally planned to go from north to south but the southerly breeze brought about the change of plan.

There were 16 trampers, requiring the van plus one car. The road from Aromoana to Pourere was undergoing major work with tree removal along the road sides for about 3 km, and this caused some disruption to progress – but the road was passable.

Because of logistics with vehicles, the drivers (and two less-adventurous trampers) turned around just north of Pourere Beach and returned to the vehicles so that they could be moved to Mangakuri Beach for the pick-up. They then proceeded south to meet the main party. 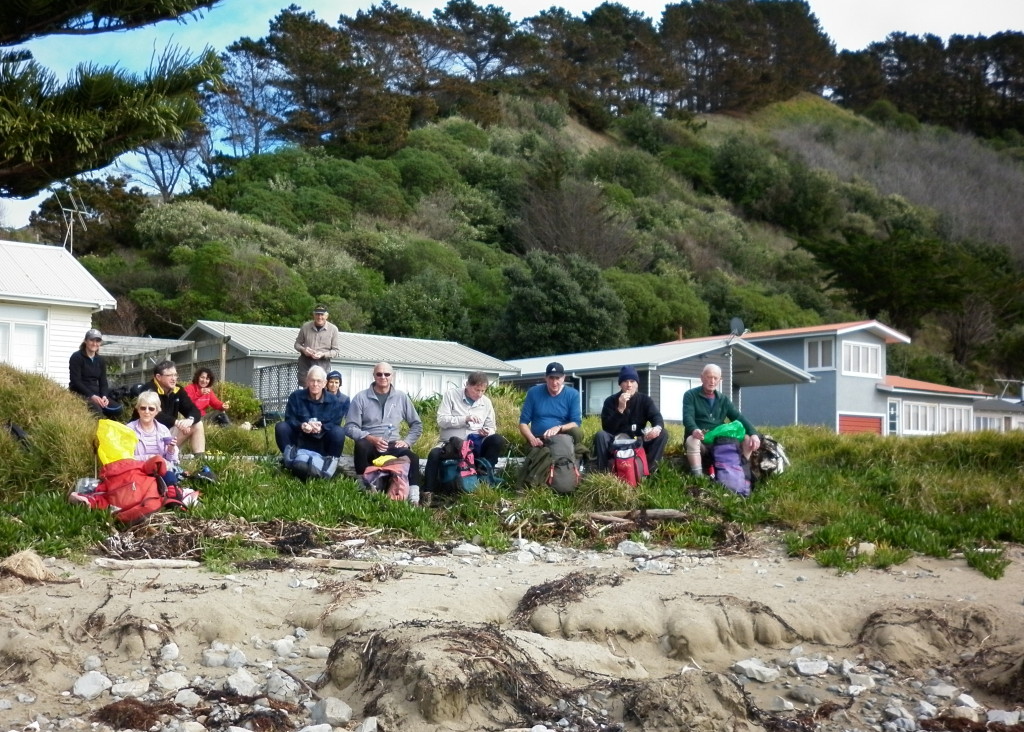 The main group set off at 9.30 and the last ones back to the vehicles arrived at about 4pm. The weather was kinder than the forecast, the beaches were pristine, there was too much “rock hopping” to be totally enjoyable but the seals provided entertainment as they scurried off the rocks and into the water.

The affluent Aromoana beach houses were all closed up with virtually no-one around. This was in contrast with Pourere Beach, where there was lots of activity with some “baches” clearly used as residences. Tractors and very large trailers on the beach were parked up and ready for the commercial fishermen to return with the tide.